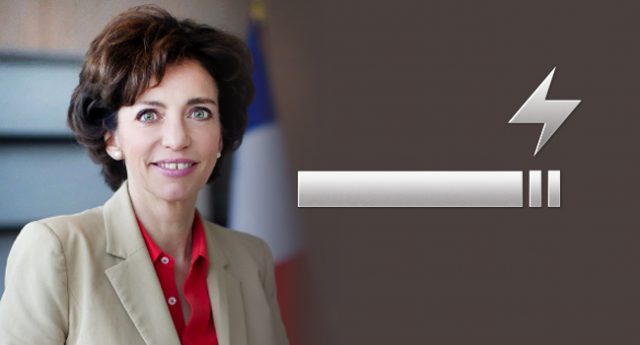 “France is now pioneer in Europe for fighting against tobacco”

This is the key message that the Minister delivers in an official press release where smoking is described as a “plague” against which the Minister deployed “policy-shock measures”: a three-fold increase in reimbursement of prescribed NRTs, a pictogramme representing a pregnant woman on cigarette packagings and the ban on smoking in kids playgrounds.

In addition to the transposition the TPD and to the introduction of the plain packaging, the Minister also announced two other “policy-shock measures”:

In a reply, the French physician, journalist and blogger Jean-Yves Nau is critical and questions the pioneering and policy-shocking aspects of these measures.

“It is hard to see how France is a pioneer when simply transposing a European Directive”, notices the author.

Dr Nau pinpoints the figures that the Minister put in the communicate: more than one out of 3 French people are smokers; 80,000 prematured deaths per year due to tobacco use, more than 200 per day. These figures are among the highest in Europe and this is rather a sign of tobacco control policy’s weakness than a demonstration of any kind of policy-shock efficiency, judges the specialist.

He regrets that the most shocking measures the Minister managed to set up against tobacco have been the three cited here-above, when a gradual increase in the price of cigarette packs, would have been much more successful.

Regarding plain packaging, the author notices that only Australia, to date, managed to apply such measure. In Australia and New Zealand, plain packaging is part of a set of measures among which the backbone is the rise of taxes on tobacco products. And it is by combining different measures that the governments converged in a decrease of tobacco smoking.

The French Cherry on a British Plum Pudding

Qualifying France a pionneer country in Europe, “It is being unaware of the UK’s (successful) policy around tobacco”, says Dr Nau. The UK has seen smoking decreasing under 20% thanks to “a policy strategy based on collective commitments that involved the medical profession and included e-cigarette in the landscape of anti-smoking fight.” November campaign is inspired from the UK’s initiative “Stoptober”, which tends to demonstrate that, in terms of pioneering, the UK is much further and why not a model of inspiration?

The Minister also announced the creation of a Fund for smoking Prevention that amounts €32 million. A back of the envelop calculation gives, for 16 million smokers… €2 per smoker, on average this year.

Comments on French vaping forums recall that the Minister declined the invitation to attend the First Vape Summit, earlier, this month. A meeting where an important consensus was found around the e-cigarette and its role in smoking harm reduction. Information that has not yet come to the Minister’s desk.

And if the, ‘Fatal Motion,’ put before the House of Lords in the UK succeeds, and the EU TPD is sunk, you will witness a huge widening of the gap between the UK & France’s success in discouraging smoking.

The measures being suggested in the article will have a gradual effect in France’s smoking rates (but much slower than the UK) till it hits around the 20% mark – then the decline will stall. This is what happens in all countries with advanced economies – there is one exception…

The decline in smoking prevalence will continue downward and not stall where there is an acceptable alternative on offer. For example, countries where snus is available, and more recently, where e-cigarettes are not over-regulated and where publicity has not created an image in the public mind where they are seen as just as bad as smoking.

For reading on the ‘20% prevalence rule see: http://www.ecigarette-politics.com/the-20-prevalence-rule.html