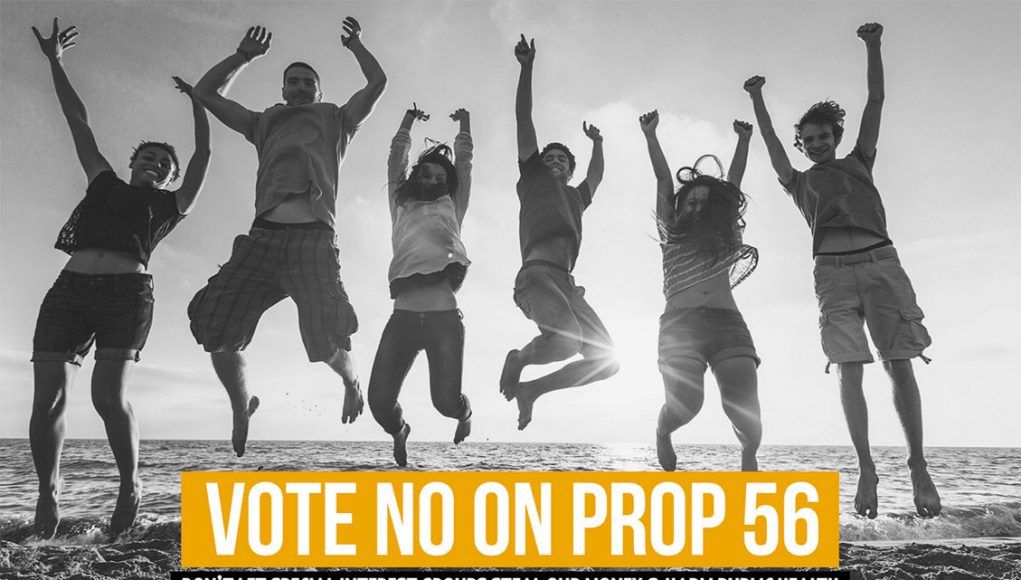 Californians will be voting on Proposition 56 on the 8th of November, on the same day when together with the rest of America they will be voting for their next president. Nix 56, is a campaign with the aim of raising awareness as to how the passing of this proposition would have a negative impact on the general public, affecting negatively even citizens who don’t smoke or vape. The campaign explains all this in detail, whilst shedding light on who is behind all this and why.

[The health department of California published last year a campaign against vaping called “Still blowing smoke”. An opposite campaign called “Not Blowing Smoke”, led by vape activist Stefan Didak, has at the same time been created and managed since then to overtake its visibility on social medias.]

The proposed tax will only apply on Nicotine containing products, and must be paid to the government by the first business who sells it in California, or the first consumer that brings it into the state. Therefore the tax still applies on any products brought from out of state.

Data has shown that over 9 million Americans have turned to vaping products in a bid to quit smoking. Several international studies have proven that vaping is a safer alternative to smoking and others confirmed that vaping is the most effective smoking cessation too. Then why does the Californian government want to increase the tax on these products? Why do they want people to keep smoking?

Data has shown that over 9 million Americans have turned to vaping products in a bid to quit smoking.
NIX 56 answers :”Smoking related diseases and deaths cost Californian’s billions in tax dollars, but Prop 56 only plans to use 13% of the money it generates on tobacco prevention and control programs. The rest? It goes directly to insurance companies and wealthy special interest groups. So of course the health insurance companies support Prop 56, it pays them as much as $1 billion more and does not require them to treat more patients or accept more Medi-Cal patients in order to receive this money.It just increases their bottom line and allows them to reward their CEOs and executives.”

The current constitution states that 43% of all new revenue should go to schools, however Proposition 56 tweaks the California Constitution in a way so that none of the new tax money would go to them, this prevents the schools from receiving at least 600$ per annum. Another downfall following the implementation of Prop 56 would be the fact that making vaping products expensive, would create a black market for them. This would inevitably increase criminal activity whilst leading consumers to use unregulated and potentially hazardous products.

Looking at this from a wider perspective, putting in place such a “bad public policy”, paves the way for other specific interest groups in different industries, encouraging them to seek ways to enrich themselves at the detriment of public health and safety.

How does this tax affect you if you’re a non-smoker?

The campaign reminds those non-smokers and non-vapers who believe that they are unaffected by these taxes that they are wrong. Everyone is paying these taxes. “Smoking related diseases and deaths cost Californians billions in tax dollars”, and promoting vaping products and having them available as smoking cessation tools gives smokers a real chance to quit, saving everyone a lot of money, and most importantly a lot of lives.
Read in detail about the NIX 56 campaign and find out how you can make a difference!