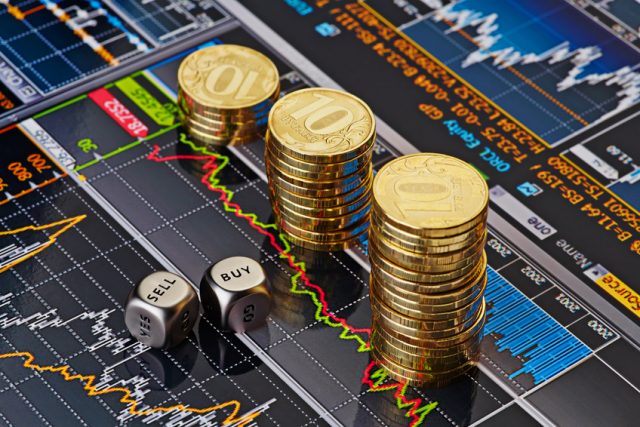 The merger comprises BAT’s offer $20 billion in cash and about $47 billion in shares of the BAT company to Reynolds American for the he acquisition of the remaining 57.8% in the company.

How could a London-based company honor such a deal in the post-Brexit context?

It is simple: the BAT reports its results in Sterling although less than 2 percent of its sales are made in the UK, most of the profit being made overseas. In contrast with most of the companies that make profits in the UK and were attracted into a financial tailspin, BAT managed to sidestep the onslaught.

As a result of the Brexit referendum by the end of June 2016, and the declining pound, BAT substantially increased its international revenue estimate as indicated by its raised share price, when converted into the UK currency. A mechanism that has been exploited by the tobacco company to offer cash to Reynolds shareholders in exchange of the merging of both companies.

The partnership between the two companies is not new. In July 2004 the BAT’s US business Brown & Williamson merged with RJ Reynolds Tobacco Company, and formed RJ Reynolds, a subsidiary of Reynolds American, with BAT holding a 42% share.

Reynolds American (based in Winston-Salem, N.C.) is the parent company of RJ Reynolds (Camel and Newport brands) which is the second largest US tobacco company after Altria, that recently bought Lorillard Tobacco Company (and its e-cigarette brand blu) for $27.4 billion in June 2015 (finalized deal after about a year of regulatory hurdles).

Based on BAT’s recent scientific communication, through its subsidiary Nicovations Limited, the company is actively developing and promoting next-generation products such as hybrid e-cigarettes like the glo iFuse and more conventional vaping products. Its e-Voke, for example, has been granted a licence by the Medicines and Healthcare Products Regulatory Agency in January 2016. Now, BAT is pushing its VYPE ePen. Reynolds American, on its sides, has a well established leading position on the US market with its VUSE before Altria’s MarkTen and Fontem Ventures’ Blu. The company has also launched the Revo, a heat-not-burn product in which a flame lights a carbon tip that heats foil-wrapped tobacco until it evaporates into a flavored vapor.

Merging both companies would not only increase BAT’s share of the market in the USA, and reinforce its presence in Asia, Middle East, South America and Africa, high growth emerging markets offering, according to BAT “a unique portfolio of strong brands”. It would also provide the Company with a “combined Next Generation Products and R&D capabilities to deliver a world class pipeline of vapour and tobacco heating products across all the fastest growing NGP markets globally.” BAT further estimated the cost synergies to $400 million, a value that the company judges “relatively modest” and that sounds like a provocation to the US independent vaping industry business facing hard regulatory issues.

In a letter published on Friday October 21, Nicandro Durante, the BAT chief executive, declares: “We have been a shareholder in Reynolds since its creation in 2004 and have benefited from its growth in the US market. The acquisition of Lorillard in 2015 has further strengthened Reynolds’s business. The proposed merger of our two great companies is the logical progression in our relationship and offers all shareholders a stake in a stronger, truly global tobacco and Next Generation Products company.”

While the World Health Organization announced that smoking is causing six million deaths per year, mostly in underdeveloped countries, and several health organizations around the world are launching campaign after campaign in an attempt to avert the current health crises brought about by the deadly habit, Durante boasted, “BAT is proud of its track record of consistent delivery for shareholders and this transaction would further strengthen that delivery in the future.”

The proposed merger must first be approved by the independent directors of Reynolds not designated by BAT (the “Other Directors”). BAT declared it would not pursue its proposal without this endorsement reads BAT’s release. The letter on October 21 indicates that BAT has been unable to have prior negotiations with Reynolds regarding the proposal, which evokes a short-term offer that takes advantage of a good financial and political context with good borrowing rates. Is this offer really the win-win deal that is put forward by BAT? Are Reynolds stakeholders in the emergency of taking such decision?

Data-gatherer Euromonitor calculated that although this acquisition would reinforce BAT’s position, the company will still remain in third place following the state-owned China National Tobacco Corporation and Philip Morris, however BAT claimed that it would be the largest company in terms of net turnover and operating profit.

Reynolds American only said the company had received the proposition and transmitted it to its board that is reviewing it.

“Reynolds American Inc. acknowledges that it has received a non-binding proposal from British American Tobacco p.l.c. (BAT) to purchase the approximately 58 percent of RAI common stock that BAT does not currently own. The RAI board of directors, consistent with their fiduciary duties, will evaluate the offer from BAT and respond accordingly”Reynolds American Inc