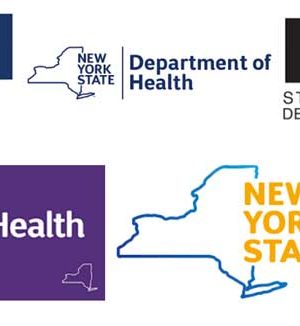 Last February, New York State health commissioner Howard Zucker, sent a letter to the state’s physicians. A letter that has shocked many anti-smoking and public health activists, as it ignores all the data available, proving the effectiveness of e-cigarettes for smoking cessation, instructs physicians to dismiss the devices completely, and suggest the use of Big Pharma NRTs instead. Irrespective of what works best for the patients in question.

“This is misleading at best and downright harmful to the cause of public health at worse.” Health Care providers, NYC

“This is misleading at best and downright harmful to the cause of public health at worse.” replied concerned healthcare providers from New York City. They pointed out that although they agree that the products are not completely harmless, studies have found that the products are at least 95% less harmful than tobacco cigarettes. Hence for the 2.2 million smokers in the state, these products are an excellent opportunity for harm reduction.

The physicians added “It would be most logical and clinically helpful to share with our patients the true cost/benefit analysis of consuming tobacco cigarettes, compared to vaping nicotine, compared to quitting, while encouraging steps toward reducing greater risk.”

“It is not clear whether the ultra-fine particles delivered by e-cigarettes have health effects and toxicity similar to the ambient fine particles generated by conventional cigarette smoke or secondhand smoke”. Circulation (Medical Journal)

The health commissioner’s letter had made reference to the claims about ultra-fine particles in e-cigarettes and as the physicians pointed out, it presents the matter as if it were a scientific fact. They added that while he referred to these particles are cancerous, several studies found such claims unsound, and a recent article from the medical journal Circulation read, “It is not clear whether the ultra-fine particles delivered by e-cigarettes have health effects and toxicity similar to the ambient fine particles generated by conventional cigarette smoke or secondhand smoke”.

Harm reduction should be prioritized

The healthcare providers concluded their letter by saying that they are proud to serve in a community where harm reduction and patient needs have normally always come first. They pointed out that from giving methadone to supplying needles to heroin addicts, they have always believed that their patients have the right to practical and accessible services and information. Hence, their hope is that vaping products, which have the potential to save the lives of millions, are treated “with the same amount of empirical scrutiny and moral impartiality as these other means of harm reduction.”