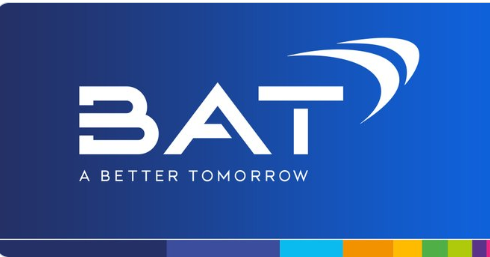 Facebook
Twitter
Pinterest
WhatsApp
BAT added that an additional 3.6 million customers used its vaping, tobacco heating and oral nicotine products by September 2021.
The tobacco company said that 2021 has been a “pivotal year” with regards to a high demand for its “new categories” products. Its shares, down 3% this year, rose 1.75% to 2,671 pence in morning trading after it flagged a possible share buyback.

BAT added that an additional 3.6 million customers used its vaping, tobacco heating and oral nicotine products by September 2021, bringing its total non-combustible user base to 17.1 million. “2021 is the pivotal year in our transformation journey,” said CEO Jack Bowles said in a statement.

Speaking during a webinar on Tobacco Harm Reduction, BAT’s competitor Philip Morris International Limited (PMI), urged all current adult cigarette smokers to switch to alternative nicotine products. “Smoking causes serious disease, and the best way to avoid the harms of smoking is never to start, or to quit. For decades, tobacco control has focused on strict fiscal, marketing and other measures to deter initiation and to encourage cessation,” said Andre Catantzopoulos.

“Nicotine, while addictive and not risk-free, is not the primary cause of smoking related diseases. The primary cause is the harmful chemicals released or generated by the burning of tobacco and contained in the smoke,” he added.

The former CEO said that a smoke-free future is attainable, and that PMI needs the cooperation of governments and civil society to reach a consensus that with proper oversight and regulation, alternative nicotine products can be part of an effective tobacco policy. “Thanks to rapid advances in science and technology, and strong PMI commitment, these products are now a reality,” he said. Philip Morris (PM.N) has spent over $8 billion on reduced risk products since it began developing them a decade ago, and approximately 30% of its revenue now comes from such products.

To this effect said the company’s current CEO Jacek Olczak, recently said that the company plans to reach their target of having 50% of their sales from smoke-free products by 2025 through organic revenue growth, rather than mergers and acquisitions.

In May 2020, tobacco giant British American Tobacco (BAT) sued PMI in the United States and Germany, alleging that the tobacco heating technology used in PMI’s HnB device IQOS, had infringed its patents.In September 2021, the ITC ruled in favour of BAT, saying that PMI and Altria must stop the sale and import of IQOS in the US, following a signature from President Joe Biden.

PMI said it planned to appeal the trade agency’s decision, and an Altria spokesperson said the two companies were working together on contingency plans. “We continue to believe RJR’s patents are invalid and that IQOS does not infringe those patents,” an Altria spokesperson said in a statement to CNBC at the time.However, the stipulated deadline passed without any action by the Biden administration, hence the ban went into effect.

Naturally, Philip Morris is disappointed with the result. “Our contingency plans to return IQOS to the U.S. market are underway,” said the company an emailed statement as quoted by Bloomberg. “The U.S. patent office is also reviewing certain claims of the patents in question with initial rulings expected in 2022, albeit subject to an appeal process.”