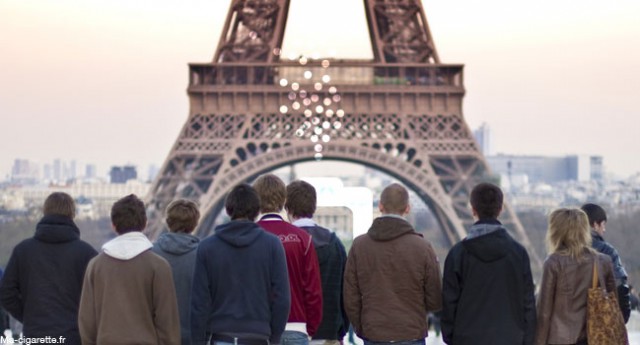 Smoking and vaping patterns monitoring was conducted on about 3,500 French student between 12 and 19 years old in Paris. “Paris Sans Tabac” (ie Paris without tobacco) is the name of this survey that has been carried out yearly since 2012 by the eponym foundation aiming at reducing the prevalence of tobacco in Paris.

A question regarding e-cigarette was introduced in 2012’s survey and two more questions were added in the 2013 survey. The results published in the free-access journal Tobacco Induced Diseases indicate that the overall amount of teenagers having tried the e-cigarette in 2013 was a two fold the amount of the previous year. One of three teenagers has been using an e-cigarette during the month preceding the survey. In addition, the first try of an e-cigarette by non-smokers was 9.9% of the e-cigarette users and only 1.7% of the respondents, but the figures indicate that the non-smokers teenagers were younger than dual users and the authors suggest that they probably became initiated to e-cigarette by their close entourage. Compared to the previous year, the 2013 survey also showed rising awareness on the product that the authors qualified as “confidential” in 2012.

The study also indicates that, between 12 and 19 years old, daily or occasional smokers accounted for 26.1% of the respondents and that the e-cigarette was more popular among boys (19%) than girls (17.8%).

“The e-cigarette turned smoking as nerdy” -B. Dautzenberg
Based on previous figures, Bertrand Dautzenberg made public comments at a meeting held in Paris and noticed that the teenagers smoking tobacco were decreasing while e-cigarette users were increasing. His opinion in 2012 was that the youth was attracted by the e-cigarette and would switch to tobacco but he recognized, based on the 2013 survey, that the plausible scenario was likely the opposite when saying that “the e-cigarette turned smoking as nerdy”. He officially discarded its potential gateway to tobacco that is still put forward by detractors, nowadays.

The data published in this journal are from 2013 and are not up to date with the last report (2015). The publication has been submitted to the journal by the end of September 2014 and only accepted for publication mid-December 2015, one and a half year later, and readily published. Such delays between data acquisition, submission and publication are long, probably very long in the fast changing context of e-cigarette, but are not surprising for scientific publication.

In 2015, he confirmed this trend and he showed that the use the e-cigarette by teenagers was accompanied by an overall decrease of tobacco, moving definitely aside the “gateway effect”. The similar trends of a US survey on the youth led the CDC to draw radically different conclusion, noticeably suggesting that vaping was a gateway to tobacco.