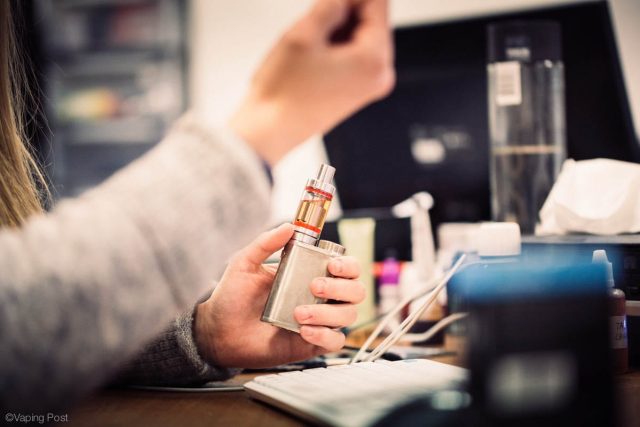 When reflecting on scenarios involving Vape advocates becoming so competitive to the point that individual advocacy attempts become counterproductive, it’s quite noticeable that much of this drama is Internet-based.

Considering this, I’ve always maintained my stance on the statement that, “The Vaping Community is an Online Community” and I’m not the first person to have made this statement as many are aware that this is indeed the case — so I’m by no means claiming to coin that expression.

Of course, not every single vape community member is connected with vapers online as some may not care to participate within social media. In fact, I definitely know some Vapers who do in fact feel this way.

However, it seems that the majority of the people who are Vapers undoubtedly connect with their fellow vaping community through social media. After all, social media channels are where the modern citizen of westernized culture goes to meet up with all of their friends since it has become the central hub of human social interaction — which may prove to be a very damaging feature to the fate of our future.

Regardless, social interacting on a digital platform such as social media, can absolutely be an extremely positive form of communication – allowing Vapers to share ideas, reviews and tutorials (still advantages to this day).

Then again, this same outlet for Vapers to communicate and the connections Vapers have made through building relationships globally would not exist. So, when I think of how controversial advocacy has become, I am specifically referring to communications I’ve experienced through observing via the World Wide Web.

At the same time, it may seem somewhat naïve to speak of online disputes between individuals or groups as if I’ve discovered an unknown phenomenon – since it is the one and only chaotic Internet we’re talking about, which automatically reveals it is no secret that people seem to be far more reactionary and emotionally aggressive when engaged in disagreements.

Perhaps, people are rude when logged-in online because we tend to hold in much of our deeply-rooted judgmental beliefs when interacting amongst the real world. Therefore, this moment in time will go down in history as the dawn of a sure-to-be preferred method for human beings to socially communicate — in future times to come expressing one’s self online will undoubtedly become even more prevalent and widespread than it is nowadays.

This reminds me of a powerful statement made in one of my required Grad School textbooks which said, “To see ourselves as a part of history, should allow us to also realize we are certainly capable of shaping that history.”

This digital era we all share when communicating online, as Vapers specifically, we must consider the outcomes of our actions, our behaviors must be handled with expressing more tactful discussions.

Considering this, for the vape community to oppose one another in digital disputes over the preferences and beliefs on what is most efficient when the issue at hand is centered around the desire for advocating, will only keep us further apart and further polarized as a social movement.

This is something I don’t believe many Vapers realize, and that is since our chosen lifestyle has become a socio-political issue, causing intrusion by the Federal Government — the Vaping community is now a social movement.

The Role of the FDA

It is critical to reflect on the severe regulatory overreach installed by the FDA and this deeming rule has been so damaging not only to the countless small Vape-related businesses Within the independent sector of the vapor industry – but it has additionally damaged a number of once friendly relationships between fellow Vapers (providing a new interpretation to the Vaping culture’s term known as VapeFam).

At this juncture, it has become perfectly clear that the FDA regulations have caused such undeserved animosity. If you are a vaper who is an active community member, participating in as many forms of advocating as possible is absolutely fantastic and necessary and unequivocally a welcomed contribution that the community encourages.

Whether joining or creating groups to invite Vapers to join, informing your “VapeFam” of significant news stories and current event updates, writing your state’s legislators, educating the non-Vaping portion of society, organizing pro-Vaping events, etc. Clearly, there are many ways in which a vaper could involve themselves in advocacy.

Regardless, many more options exist online — it is quite obvious to notice much debate and aggressive tensions shared back and forth. Although we are referring to the Internet, we’re also referring to the Vaping lifestyle which is surely a phenomenon we know and love so well from watching it evolve into a promising culture of common unity and innovative industry of entrepreneurs.

In addition, we have also witnessed it spiral into a state of confusion, denial, poor communication skills, demonstrating irresponsible business practices, feeling overwhelmed disappointment and fear.

Also, It has become agreeable that prior to the FDA regulations being published in May of 2016, vapers had built a community full of enthusiastic, eager, welcoming, passionate, warm-hearted, cool, calm and collective visionaries all united for the same cause. This sense of community has been vastly affected by the regulations.

That is not to suggest that all unity is lost in the community, as it still is populated by a vast array of individuals willing to fight for the cause of this life-saving culture. 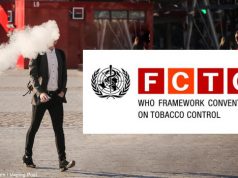 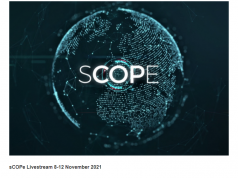