We are happy to close out this chapter for Vaping Post. First, I wanted to let you know that all of our work went into this as much as possible. Sadly, this project to track the presidential election in its early days through its final days was hard to keep up with given the challenges of COVID-19 and our distributed remote workforce across the world. The election has been called for Joe Biden. We are developing more coverage related to the election.

JOE BIDEN IS THE PRESUMPTIVE NOMINEE FOR THE DEMOCRATS

SANDERS DROPS OUT AFTER FINDING NO PATH TO VICTORY.

Note to our readers: The outbreak of the novel coronavirus has changed how people live. It has also changed how they vote, how politics are conducted, and how the team at Vaping Post covers these topics. We continue to work around the clock to report the most relevant news about the vaping industry. However, we are a small team. For these reasons, please forgive us for any inconvenience brought on by potential interruptions to our coverage, including for the 2020 Election Guide covering the U.S. Presidential race. Stay patient with us as we continue to update information related to the election.

The United States Presidential Election will be held on Tuesday, November 3rd, 2020.

VAPING WEEKLY PODCAST with Michael McGrady – Tune into Vaping Weekly moving forward for podcast updates on the results of the presidential primary elections. You can listen to Vaping Weekly on Anchor.fm.

What's new in the United States? The Vaping Post, independent online magazine, brings you the latest headlines from the american vaping world. 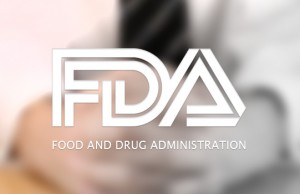 US: Over 60 Organizations Urge The FDA to Ban Menthol Cigarettes

Diane Caruana - November 20, 2020 0
The FDA itself “has consistently found that the scientific evidence establishes that menthol as a characterizing flavor in cigarettes is harmful to public health.”“The...

NJ’s Flavour Ban May Kill The Legal Industry Increasing Use of...

A County Government In North Carolina Poised To Ban Vaping In...

Oregon Decriminalized All Drugs And Legalized Psilocybin — What This Means...

Electronic Cigarettes Are No Longer Permitted Indoors In Nebraska