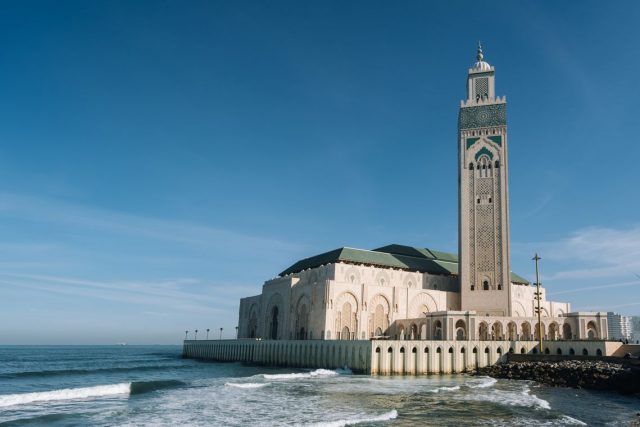 Everyone is free to choose to believe or not. This article is aimed at vapers with religious beliefs, curious people, and those with ten minutes to kill. Anyone who might see this as an opportunity to use this as an antireligious soapbox would be missing the mark completely, and would only be showing off their talent to stick their nose in other people’s business.

This article is not intended as a substitute for religious authorities, or to proclaim any spiritual or theological truth. To write it, we interviewed celebrants of the religion in question. The overall aim is to provide some general information, offering some food for thought for members of the faith who are interested, but in no way replaces the more specific teachings of a religious leader for those who want to follow their religion.

We are starting with Muslims, as there are more of them posting questions on e-cigarettes on theological forums, then we will follow with the Jewish faith, completing the series with Catholics and Protestants.

We have had to follow a consistent pattern: regardless of the religion in question, vaping seems to pose a theological problem, that is to say is vaping, in essence, sinful, or is it intended for healing purposes?

The question that we might be tempted to ask is: “Can e-liquids be halal?”; regarding this question, a distinction should be made between three points.

Alcohol, which is permitted. Indeed, alcohol is forbidden under Islam, because “The sin is far greater than the benefit” Surah 2 (The Cow) Verse 219, but would be tolerated if alcohol was required to preserve the liquid, and the vaper had no other choice, or was vaping it without their knowledge.

Alcohol is still “makruh”, blameworthy, if it is vaped while other alternatives are available.

This is a tricky question. Islam absolutely does not forbid alcohol for purposes other than drinking. As such, a Muslim can disinfect a wound or use a hydroalcoholic gel without any issues. What is “haram”, forbidden, is the act of ingesting it.

Therefore, the question to be answered in this case would be: is inhalation a voluntary form of ingestion? The answer would seem to be no, if the alcohol inhaled in vapour form can only produce the same effects when swallowed. It is not possible to get drunk by vaping an alcohol-based liquid. It is somewhat similar to the case of perfume.

That being said, the e-liquid should not taste of alcohol. Therefore, it is preferable to avoid it: alcohol is still “makruh”, blameworthy, if it is vaped while other alternatives are available.

To follow Islam strictly, it is necessary to check carefully that the vaped product is either halal-certified, or vegan.

In other words, to follow Islam strictly, it is necessary to check carefully that the vaped product is either halal-certified, or vegan.

Finally, nicotine. If nicotine is viewed as a life-threatening stimulant, in brief, a poison, then it is strictly forbidden, as Muslims are duty-bound to protect their health, it would therefore be “makruh”, discouraged.

If nicotine is also considered to be habit-forming, then it is “haram”, forbidden, by Surah 2 (The Cow) Verse 195 “And do not cast yourselves into destruction with your own hands”.

It would be somewhat easy to infer that vaping, preferably with alcohol-free liquid, necessarily without pork and without any nicotine, would be allowed, therefore “mubah”, neutral?

That would be too simplistic… 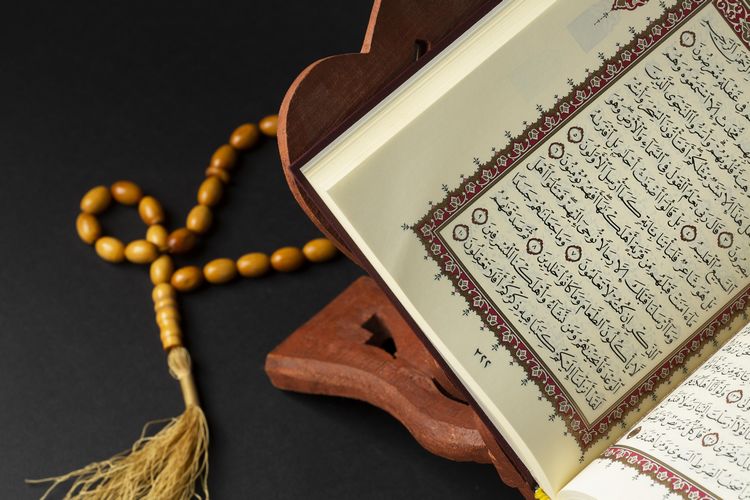 You could say “no opinion on e-cigarettes can be found in the Qur’an, and for good reason”. That much is clear. Nevertheless, Muslims are not only required to refer to the Qur’an, but also to hadiths, that is to say the Prophet Muhammad’s sayings, approvals and actions, and to “fatwas”, i.e. legal opinions given by experts in Islamic law.

As the Prophet is considered the reference figure in Islam, every Muslim, if in doubt, is required to the refer to the Qur’an, the Word of God, and to the hadiths, the Prophet’s sayings, to ask themselves, in essence, “What would Muhammad do?”.

In this case, there is a clear answer.

Muslims must not, through their actions, cause harm to their neighbour. Even though passive vaping is harmless, other aspects, such as the vapour, or odour of some liquids can be bothersome to those present, who do not have to put up with that. It is a minor sin, but a sin nonetheless.

Secondly, Muslims must always behave in an exemplary fashion in public according to Islam. Vaping, if seen by others, can cause trouble on two levels: the observer has no way of knowing whether the Muslim’s e-liquid contains nicotine or not. If the observer does not check, they might accuse the Muslim of being a hypocrite. Furthermore, the ambiguity of the act would be interpreted as a public incitement to sin, regardless of the e-cig content.

Vaping in public is therefore haram, strictly forbidden. (“Everyone from my nation will be forgiven except those who sin in public”, al-Boukhâri; Muslim)

Simply put, vaping is forbidden under Islam, if you practice the religion strictly.

The second part of the answer is supplied by Surah 17 (Ascension) Verse 26 – 27 “Do not squander your wealth wastefully! For those who squander wastefully are Satan’s brothers, and Satan is ever ungrateful to his Lord”.

E-cigarettes would be considered as wasteful if they are solely intended for the vaper’s pleasure. The only case in which they would be allowed, would be to quit tobacco, provided that the believer uses them solely for this purpose, and only for their effectiveness, and that they stop once they have completed the stop smoking process.

The imams interviewed for this article and its update, following observations from some readers, have explained their thoughts, however: the act would be wasteful if the Muslim spends money on vaping beyond their means, deprives their family, or cuts back on charity for the poor. As one imam from Paris jokingly put it: “In Arabic, the word for stingy is bikhil, and the word for cautious is hadhar. They are quite obviously not the same thing”.

So, Muslim vapers, to follow their rules, must vape e-liquids containing no alcohol, no nicotine, and no pork-derived products, alone, in a room where no-one can see them. Under these circumstances, they would be committing a sin, but a forgiveable one. Unless they committed this sin by telling themselves that they would be forgiven anyway, which would mean that they are not taking divine mercy seriously.

Simply put, vaping is forbidden under Islam, if you practice the religion strictly.

However, since the first version of this article in 2014, some imams have revised their stance. They have told us that vaping can be beneficial when quitting tobacco use. Provided that vaping is used solely for the purpose of quitting tobacco cigarettes, as they are more harmful, and the Muslim vaper does not continue vaping for their own pleasure afterwards.

Some halal-certified liquids are available on the market. Are they really halal?

Simply put, halal is a certification. A company claiming that its e-liquid is halal merely because it does not use pork in its manufacture would be acting improperly.

To have a halal liquid certified, it is necessary to contact a halal certification body, who will specify the procedure to follow. It is a voluntary and challenging process both in terms of the production process and the source of the constituents.

That is why some products found in supermarkets, that have nothing to do with vaping, are not marked halal, even if they meet all the criteria on paper.

Another frequently asked question is: can you vape during Ramadan?

The answer is unequivocal: no. It is forbidden whatever denomination you belong to.

Indeed, you can sometimes read that vaping is forbidden during Ramadan if you are Shiite, but it would be tolerated if you are Sunni. Strictly speaking, this is true.

However, the propylene glycol contained in vaping products dries the mucosa by retaining water molecules and requires regular hydration (that is why vapers are advised to stay well hydrated). This poses two problems during Ramadan. The first is that this could place the practising Muslim in an uncomfortable situation and deter them from the purpose of fasting, that is to say, a period of detachment from the material world used for reflection.

The second is that this dehydration, even minor, can cause health concerns for the practising Muslim. However, it is forbidden to harm oneself.

Note that observing Ramadan is not imperative. Some exemptions may apply, generally on medical grounds, for pregnant women, those with illnesses or elderly people for whom fasting could be harmful. In this case, the Muslim can fast at a later stage, or find an alternative solution with the imam from their mosque, such as charity for the poor, for example.

You were warned — this article does not give a definitive answer. If you aim to practise your faith as strictly as possible, the matter is more straightforward: do not vape, but it is highly likely that you will have never taken up cigarettes, for the same reasons.

Otherwise, you will find the information you need to make your decision here and from the imam at your mosque. Remember that an imam is only human, and therefore not perfect, and that his judgement is not infallible, and the same more or less applies for this article.

Therefore, it is ultimately up to you to make up your mind. 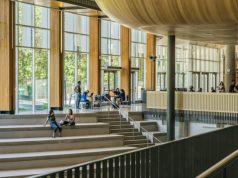 as a muslim I’m glad people have found a way to ‘smoke’ without disturbing other people’s lung. but Qur’an and Hadith already taught us to never do something if we weren’t sure of it.