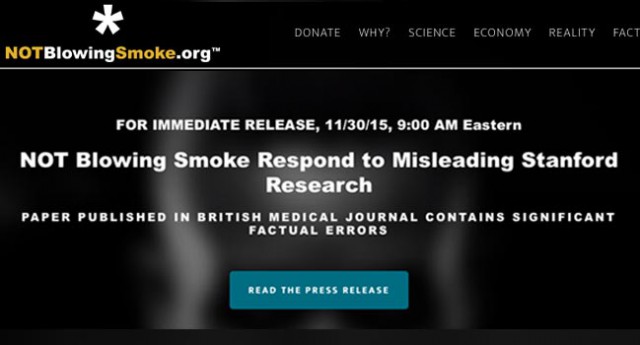 An article published by a research team of Stanford in the British Medical Journal reports subvertizing attempts by the California-based e-cigarette advocacy group NOTBlowingSmokes and makes accusations of “brandalism”. The group basically made use of CDC’s official communications for smoking cessation in order to convey their pro-vaping message.

Antibranding activism that consists in manipulating tobacco advertisements to convey a criticism using parody is generally not considered a commercial speech but rather a fair use of copyrighted material by law, and traditionally well accepted by the tobacco industry.

In the precise case reported by the researchers, the government-issued antismoking message conveyed by the CDC is based on scientific evidence and intended to a population facing a real crisis, sometimes to people afflicted by tobacco-induced diseases. They generally make use of testimonials in order to communicate adverse health consequences. NOTBlowingSmoke modified advertisements created by the Centers for Disease Control and Prevention as part of their Tips From Former Smokers campaign.

The group NOTBlowingSmoke, in their subvertizing attempts, do not make use of humor or parody, according to the Standford Team. They state that the message cannot be clearly identified by the reader as a fake and creates confusion with regard to its authenticity. In this case, this could be considered by the CDC as an illegal infringement of their creators’ copyright privilege.

“We certainly shared images via social media. The backlash against CDC’s misleading campaign was completely a consumer-driven effort that we were happy to support.” -S. Didak
In a letter and an official communication by Jason Downing, Director of NOTBlowingSmoke, and board member Stefan Didak rectify: none of the board members had professional occupation related to the e-cigarette industry at the time NOTBlowingSmoke was created. Shortly after founding, Danielle Bloss, a brand manager at Apollo, joined the team and the three now form the board of directors.

The same applies for Shawn Rego who is the Californian graphic designer having edited the template that has been used by some others to express their own views. According to NOTBlowingSmoke, the images utilize less than 3% of the original source material, are intended to provide both criticism and commentary and voluntarily do not use the CDC logo.

NOTBlowingSmoke judges that the scientific publication “falls far short of both BMJ and Stanford’s long history of producing and publishing fine research” and requests that this paper be retracted in its entirety. 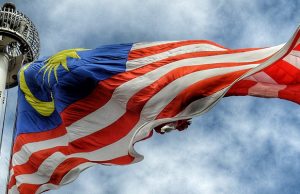