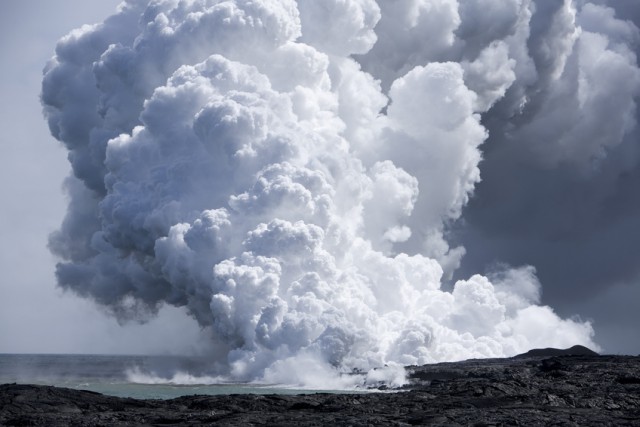 The CDC qualifies the gateway effect of vaping as “potential”, using conditional tense in its official documents. The scientific proof of it remains to be made, despite the many attempts that are being made by research teams, including this new publication.

The study carried out by Thomas Wills from the Prevention and Control Program at the University of Hawaii Cancer Center in Honolulu, USA, and his co-authors followed about 2300 teenagers (14-16 years) in a longitudinal school-based survey on the island of Oahu [1]. The students were assessed, one year apart, e-cigarette use, tobacco cigarette use and ancillary information on their social status including their degree “rebelliousness”. The paper concludes that “adolescents who use e-cigarettes are more likely to start smoking cigarettes.”

Methodological concerns and reliability of the conclusion

The sample of 2238 students in 2013 (average age of 14.7 years) and 2339 students in 2014 (average age of 15.8 years). In fact, the persons having completed both baseline (T1) and follow up (T2) surveys were 1302. Due to significant and differential attrition with rebelliousness, a mathematical model was used to reconstruct the complete set, which means that almost 44% (2338-1302=1036) of the answers were predicted by an algorithm and treated as if students had self-reported their patterns.

Such a protocol is closer to a cross-sectional study at two points than to a longitudinal study of the same population over one year.

Reckless driver: Is it someone driving dangerously on a daily basis or someone having had 1 or 2 fast drives during the last 12 months?

To remain honest, an e-cigarette user should be defined as the one who uses an e-cigarette on a daily basis, and definitely not include those who experienced the devices on 3-4 occasions over the year, which is the most represented occurence. The same analysis is being made by the authors for smokers.

So if on sticks to the above mentioned definition of a regular user of e-cigarette (Table 1):

Compared to a French study where experimenters were around 40%, their Hawaiian counterparts look more reasonable with 29% and 35% in 2013 and 2014, respectively. Daily-users of electronic cigarettes were 1.9% in France and compare with the 2-3% of Hawaiian teenagers. The average e-cigarette prevalence rate among Hawaiian youth (~31%) was also higher than its value on mainland (16-17%). This makes the Aloha State a good candidate for debating on the adolescents’ access to e-cigarettes policies.

The regulatory context has drastically changed in Hawaii after the study since the legal age for tobacco product (including vaping products) was raised from 18 to 21 last January 1.

Authors are sticking to their guns

The same research consortium leaded by T. Wills (all co-authors except R. Schweitzer-Williams) published a study investigating whether e-cigarette use among adolescents is related to their interest in smoking cigarettes [2]. They studied e-cigarette use and willingness to smoke among dual users and never-users in the Hawaiian student population that ressembles T1 (2013) but comprises 2309 students instead of 2238.

And if smoking initiation had occurred before the onset of vaping, what would have been the conclusions?

In a recent French study, the smoking initiation was found to precede that of vaping by about one year, leading to the deduction that if a gateway effect had to be found, it would rather be from smoking to vaping than the opposite. Students having experimented the e-cigarette before tobacco were a minority (7.8%).

In this precedent study, the Hawaiian students were asked to self-report their willingness to smoke by answering the question:  “Suppose you were with a group of friends and there were some cigarettes you could have if you wanted. How willing would you be to ___:” The items were “Take one puff,” “Smoke a whole cigarette” and “Take some cigarettes to try later.”

Teenagers and the experimentation

Teenagers are prompt to experiment various things ranging from the new hamburger in their popular restaurant, to the brand new video game, the last smartphone… And the e-cigarette belongs to such innovations with the added value of being something between dangerous and forbidden.

Black cloud in the sky

Over the last 25 years, prevalence of smoking among teenagers has declined to reach its lowest level ever in 2014. This success is however shaded by a worrying increase of the prevalence of e-cigarettes above any other tobacco product.

The real challenge, nowadays, is not how to regulate the use of e-cigarette by adolescents but how to provide them with accurate and reliable information on the product to discourage their use of it.