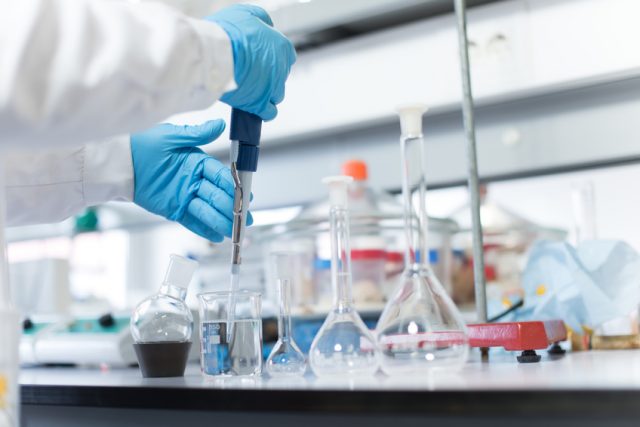 Current research in the domain of e-cigarette addresses the physiological effects of the different constituents of e-liquids on aerial tracts, an unexplored area that has received the growing interest of many researchers like Dr M. Goniewicz at the Roswell Park Cancer Institute, in Buffalo (N.Y., USA).

Besides nicotine, propylene glycol and glycerine, flavorings are likely the most variable constituent of the blend with more than 7,500 different flavors counted by the experts. And to each flavor corresponds at least one but more generally several molecules.

Most flavorings contained in e-liquids have been tested by different laboratories and agencies and are generally recognized as safe upon ingestion (FDA’s GRAS acronym) or for dermal use, but their innocuousness upon inhalation remains to be demonstrated.

One of the main lines of defense of our organism is the coating of airways and of the digestive tract. These epithelial cells can respond to external stimulations by i) producing mucus and modulating its properties to form an external protective layer against inhaled pathogens and by ii) migrating towards a wounded site to repair and restore a healthy epithelial cell layer, which, in both cases implies a complex signalling pathway.

By screening the effects of different flavorings on airways epithelial cells, the authors, Cara Sherwood and Scott Boitano from the Arizona Health Sciences Center (USA) highlighted a weakening of cell wall’s responsiveness in presence of the characteristic molecule of chocolate or nutty fragrances.

This chocolate flavor, 2,5-dimethylpyrazine, received their focus since it compromises the ability of airway epithelial cells to adequately respond to signaling agonists at both cytotoxicity and subcytotoxic levels, and in absence of nicotine.

The authors described a transient defect in their study [1] but a chronic aspect of this alteration, leading to massive efflux of chloride ions, is also known as cystic fibrosis.

The work was carried out on flavoring molecules that characterize the flavors of e-cigarette cartridges from popular brands such as Blu and GreenSmoke®:

The molecules were purchased independently and diluted in culture medium (MEM) batches to concentrations matching those of e-liquids, expressed in percentage volume per volume (%v/v), or diluted down to one tenth.

The unique combination of cytotoxicity and cell-signaling elected 2,5-dimethylpyrazine for further assays in order to explore its toxicity. Key findings with respect to this molecule were:

The authors hypothesize that 2,5-dimethylpyrazine operates on odorant (olfactory) receptors located in the epithelium by activating them, which results in a metabolic cascade that terminates with the opening of CFTR channels, leading to and a massive efflux of anions. In normal conditions, an efflux of the anion Cl– is accompanied by a passive flow of the cathion Na+ which increases the electrolyte concentration in the mucus secreted by the cells. This results in the movement of water out of the cell via osmosis and the thickening of the mucus layer. Such a defense response occurs when a pathogen is detected in the airway; in the present case, 2,5-dimethylpyrazine mimics the pathogen, even in very small amounts.

Unlike other types of receptors for which a specific ligand works as a unique activation key, olfactory receptors can bind a range of (odor) molecules to activate and, in turn, one molecule can also bind different receptors, depending on its physio-chemical properties. The science of these receptors is quite recent and has been awarded by a Nobel Prize in Physiology or Medicine in 2004 (Linda B. Buck and Richard Axel). It is easy to understand that, if the author’s hypothesis is verified, elucidating the effects of flavors on the human will require a fine understanding of the underlying metabolic pathways.

Some other molecules are under study

Diacetyl and Acetyl propionyl, that confer a butter taste to e-liquids have already be identified as a potential hazard to the human upon inhalation, as prolonged exposure resulted in a rare and irreversible lung disease called bronchiolitis obliterans.

Cherry flavor is also on the radar screen of researchers for the potential lethal effects of benzaldehyde on epithelial cells, and cinnamon-flavored molecules were also pinpointed for their significant negative effect on epithelial cell physiology and barrier function.

In terms of flavors, which makes the e-cigarette more attractive than other nicotine delivery systems, the expert’s advice remains valid: Do not stick to one flavor, but try a range of flavors so that you don’t get too much of anyone.

Our view: In any case, scientists all agree that cigarette smoke is far more toxic than e-cigarette aerosol. Although some compounds in e-liquids deserve particular attention to improve their safety, this shouldn’t push away former smokers to try less harmful alternatives such as vaporizers if they can’t or don’t want to quit tobacco. Tobacco kills for instance, more than 480,000 people annually in the United States. This shouldn’t be forgotten when studying e-cigarettes.

The chocolate I use doesn’t use those molecules.

I’d love to know what the “highest concentration” of said flavors is. And how the tests were preformed. This article tells me nothing.

I don’t vape chocolate flavors under any circumstances. I tried it and it does a number on me. Chocolate is for ingestion, not inhalation IMO.
I also quit vaping cinnamon, even though I don’t inhale it.

Society Camelia Rgabi - February 26, 2021 0
E-cigarettes and religion At the Vaping Post, we like a challenge. And if there is one challenge that has proved hard to unravel, it is...

Can you vape as a Roman Catholic?

Uncategorized Camelia Rgabi - February 26, 2021 0
Vape as a Roman Catholic Finally, last but not least in the series on vaping and religion, today we are taking a look at e-cigarettes...

Europe Diane Caruana - February 26, 2021 0
The plan is due for launch on the 3rd of February, and leaked drafts of the plan are causing major concern amongst Europe’s Vaping...