Vapers In Power launched a campaign to gather testimonies from vapers who adopted the e-cigarette and stopped smoking.

The party invites all vapers to send their lines to the House of Lords. Lords can either be randomly chosen or letters can be addressed to a specific Noble Lord, but words must remain respectful and reflect personal experiences with vaping and smoking.

“There is a chance that the TPD in the UK could get overturned if enough emails and letters are sent over the next few days”
To inundate the House and its noble occupants with testimonies of vapers after Lord Callanan tabled a motion in the House of Lords. Volunteers are asked to call the Lords for support to their noble friend Callanan’s Fatal Motion which would, if successful, block the statutory instrument which transposes the TPD into UK law.

Vapers in Power’s website quotes “Although that sounds simple enough the politics surrounding this are quite nuanced and complicated.”, which comes in echoe to the debate that opposes Lord ‘Pratt’ to his peers on social (un)acceptability of vaping.

A story that recalls that of a Book This initiative is not without evoking  “1000 messages pour la Vape“, the story of a book that was sent to each member of the French government and that finally ended at the French National Library François Mitterand, for the historical record. 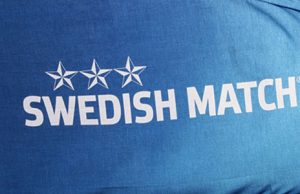 Diane Caruana - September 26, 2022 0
The world’s remaining major tobacco companies are striving to switch their businesses from depending on cigarettes to safer alternatives.In September 2021 Swedish Match had...