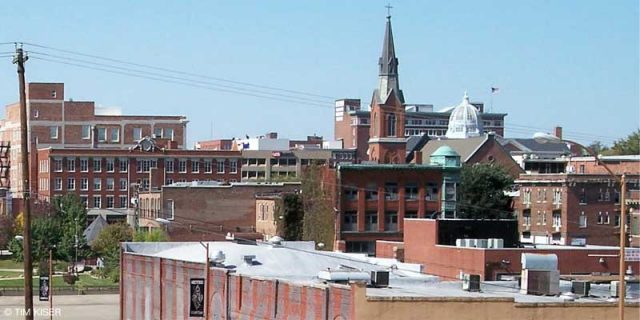 The ordinance was put in place in 2014, and started when citizens started a petition requesting to prohibit smoking in enclosed public spaces. At the time when the ordinance was implemented, vaping fell under the umbrella of smoking, however a later state statute asserted that alternative nicotine and vapor products shall not be taxed or regulated as tobacco products, therefore the ban on vaporizers never went into effect. Just recently the council members decided to take action and put in place a proper structure, and decided that they had three viable options to vote on:

Despite suggestions from staff to choose the third option, stating that this was in line with what the citizens had originally voted for, the majority of council members voted for the second option. Council member P.J. Kovac admitted that he voted in favor of vaping indoors, adding “The state already doesn’t regulate it and it’s not considered tobacco.” Kovac added that the ban had never been enforced anyway, and therefore he doesn’t expect any of the citizens of St.Joseph to be upset by the outcome of this vote-casting.

In a country where vaping products are demonized and heavily regulated, and news of new regulations against them spring up on a regular basis, the removal of this ban would most certainly feel like a breath of fresh air for vapers and vaping businesses alike. It must be pointed out that should this motion go through, individual business owners would reserve the right to prohibit vaping on their premises should they wish to.

The local council of St. Joseph is expected to have the final say by voting at a meeting taking place on the 7th of next November.