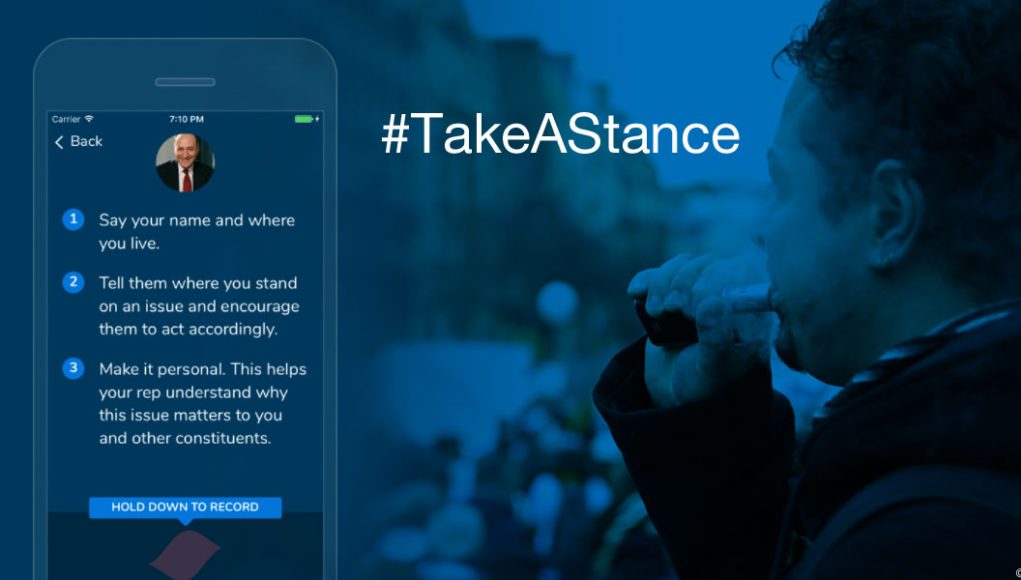 Whenever there is a call-to-action, congressional phone lines are often overloaded with callers and the voicemail becomes full, then eventually cleared out. So even if you’re message gets automatically sent to voicemail, it is most likely never heard. More often than not, it seems as if all you ever get on the other end of the line, is a busy signal.

Given the rise of Americans interest in political issues, Nathaniel Teichman thought that there had to be a better way, so he came up with an idea to work around this frustrating obstacle. Teichman works for a New York startup company that tries to make it much easier to share short audio clips online. This startup company is called Ense, Inc. – described as the Twitter for sound.

Ense, Inc. is the developer of a new app launched earlier this month, which could surely be considered as something very instrumental for vaping advocacy.

This is because many advocates for the vapor industry feel as if only 10-15% of the actual vape community truly engages in some form of advocacy for vapor. With the state of the industry’s survival nearly on the edge of prohibition, a small portion of vapor product consumers actually know about these harsh FDA regulations.

With tax hikes, bans, fines, fees, rules and regulations being proposed and imposed on the vapor industry from local municipalities, state governments and the Food and Drug Administration – one might assume the entire community of consumers would be greatly offended and feel the duty to speak up and act. Yet, this is not the case.

For quite some time, perhaps over 5 years now, vaping advocates have worried and warned others throughout their community about the strong possibility the industry would be forced to deal with some burdensome federal regulations. However, it seems many had not taken this possibility as serious as they should have.

Many businesses and consumers alike, all seem to be in a state of denial. Either that, or as Americans, we believe that no one can stop us from doing what we want to do and no matter what type of regulations they install, we’ll still find ways around them – even if that means a necessity for a profitable Black Market. Who knows why more don’t advocate?

There is still a much larger void that needs to be filled with vapers engaging in advocacy.

Even though the vape community has seen a surge in advocacy involvement, especially after May 5th 2016 – the dreadful date in which the FDA first announced their highly prohibitive deeming rule, there still needs to be much more action taken by vapers. With the vape culture on the precipice of near extinction, one might assume a sense of urgency throughout the community of vapers to become far more involved with preserving their lifestyle. Nonetheless, there is still a much larger void that needs to be filled with vapers engaging in advocacy.

From this new app development, perhaps many of the most involved advocates and advocacy groups would not have to constantly worry as much about vapers becoming more active within the realm of advocating in favor of vapor. These established and dedicated advocates could focus on a way to create a call-to-action that could potentially be considered much more successful than any other attempts in recent times when requiring vapers to contact Congress.

The App known as “Stance” is available for iOS or Android customers. Stance essentially provides more vapers to finally have an easy 3-step process directly from their smartphones or tablets to get involved with more advocating. The Stance app allows the US-based vape community free access with prompts instructing the user on following the 3 steps process.

Step 1 asks the user to leave their name and mention which area they live. Step 2 is designed for the U.S. voter to explain where they stand on an issue and encourage their state’s representative to act accordingly. The final action needed in Step 3 simply instructs the user to “Make it personal.” Stating, “This helps your representative understand why the issue matters to you and other constituents.”

After recording your voice message, Stance publishes it online – which may be the one factor that turns people away from using this APP. Then again, if you do not mind sharing your message with the world, where in many cases, vape advocates don’t mind at all – this option means you could also share your message on social media. As many are already aware, vapers are highly active via social media – on a global level as well as domestically.

Imagine if every vaper shared their personal triumph over their smoking habit by switching to vapor products.

According to Stance, “It lets you record messages for your elected representatives, then delivers them at night when phone lines aren’t so busy. And it keeps calling back until it delivers your message. You don’t even have to deal with navigating a phone tree.”

Imagine how many vape advocates typically organize through social media. Imagine if every vaper in the U.S. were to make a recording defending vapor products. Imagine if every vaper shared their personal triumph over their smoking habit by switching to vapor products. Imagine a successful call-to-action where the vape community message was heard loud and clear. This could prove to be a very useful advocacy tool.

In reality, will this easily accessible tool prove to be effective for increasing much-needed participation within vape advocacy? The answer lies with the community. Step 1, INSTALL Stance app. #takeastance 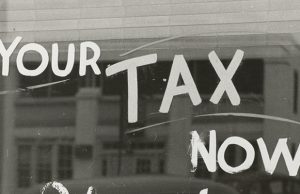 Michael McGrady - September 16, 2021 0
A new tobacco tax hike proposal was introduced in the New Mexico state legislature in order to curb use. SANTE FE — According to stakeholders...