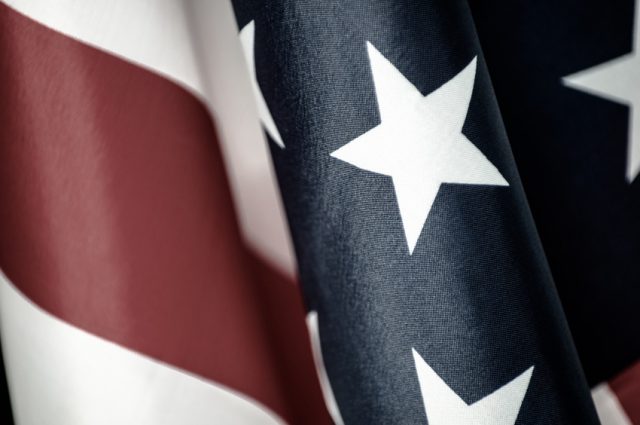 Smoking kills a bit less than half a million Americans each year, equivalent to the total amount US GIs dead during WWII, a truth that cannot be ignored by the FDA.

But despite this established fact, FDA released its deeming regulations for a product that was endorsed by the British Royal College of Physicians as a harm reduction option. A non-official release that was termed in our lines a “low blow” for the US vapor industry but that in fact is a series of lousy tricks towards industry and public health.

One day after its release, experts looked into the 499-page document and started distilling their comments and analyses. The effective date of the regulations will be approximately August 10, 2016, since the official document is supposed to be published in the Federal Registry by May 10.

One of the most striking points of the document despite the bipartisan Cole & Bishop amendment that could have changed the deal, is the uphold of the predicate or grandfather date on February 15, 2007. Regarding this date, the FDA stated that it does not have authority to change it, and from this statement on, a deleterious cascade of outcomes.

The idea came to a Chinese pharmacist who developped a device that supplies nicotine and provides comparable feelings than smoking without the tar, the huge carcinogenic load and the bad combustion gases. Vapor, that is what the e-cigarette produces. A vapor that is enriched with nicotine and flavored over a wide range of fragrances from tobacco to fruity cocktails.

A bright idea except the name that the product was given, in analogy to its carcinogenic sibling. Since then, the e-cigarette has been under fire. The term “personal vaporizer” that is also used for the device would have probably been more adapted.

The PMTA and FDA’s approval

One of the consequences of the uphold of the predicate date is that most (some people argue 99%, which is probably close to the truth) of the manufacturers will have to request a FDA’s agreement to continue their business. This agreement is requested in the form of a Pre-Market Tobacco Application (PMTA).

FDA’s approval of a PMTA is mandatory for each product, e-liquid of hardware. If a manufacturer declines its flavored e-liquid in three different nicotine strengths, it will be requested to file three PMTA, one for each strength. And the FDA will also have to process the applications in due time…

As described by Patricia Kovacevic in the webminar she held on FDA’s deeming regulations, the PMTA pathway is burdensome and costly. It applies to every device and product that a manufacturer marketed after February 15, 2007.

If a product and/or device can be shown to be “substantially equivalent” (SE) to a product that was distributed before February 15, 2007, a predicate, it can escape the most burdensome and costly pathway.

A benefit for public’s health

The notion of “risks and benefits” will be taken into consideration by the FDA to evaluate the overall benefit for public’s health.

And this includes not only the benefit for smokers but also the risk for anyone exposed to what is produced by the device (directly or indirectly) or who may be handling the object. With the largely advertised debate on PG or flavorant toxicity, nicotine dangerousness upon contact or ingestion and the risk of deflagration, there is a lot of room for deeming an e-liquid or an e-cigarette not compliant with such a rule.

In summary, the manufacturer will have to adroitly balance the risks to non-vapers by the benefits to vapers in order to overcome this aspect of the procedure.

The regulations also provides that, except if the approval of a PMTA is obtained in between, no new vaping products or e-liquids will be allowed on the market from August 2016 on.

Michael Siegel, in his analysis, roughly estimates to $300,000 the cost for the manufacturer to file a single PTMA, a procedure that the FDA recognizes as a 1,500-hour labour. A back-of-the-envelop calculation gives a $20-million capital cost for a manufacturer aiming at authorizing 20 flavors in 3 nicotine strengths.

Based on these figures, a huge decrease in the variety of e-liquids is expected in stores, mainly favoring the larges companies and sweeping out the smallest ones.

In a recent article, a market analysis revealed that the US market for e-liquids remains fragmented (532 brands of e-liquid) while the hardware market is much more consolidated (52 brands of tanks and atomisers, and 42 brands of mods), mid-2015. Averaged monthly store revenue approached $25,600 for an annual estimate per vape store location of $300,000.

Unconstitutional as it violates the free speech rights of vaping manufacturers

Michael Siegel considers unconstitutional the fact that manufacturers will not be allowed to make modified risk claims, in accordance with the deeming regulations and that companies cannot even describe their products as a “smoke-free” alternative to smoking.

He explains that it may force the manufacturers into a discourse that may discourage vapers from purchasing their products because manufacturers:

In a close future (within 3 years of the effective date), a Listing of Potentially Harmful Aerosol Constituents will be requested by the FDA for each e-liquid. This is a request that imposes an analytical expertise of the aerosol produced by every single flavor or variation.

Michael Siegel judges this requirement superfluous because a manufacturer can’t submit a PMTA without providing this information anyway. Nevertheless, it is only the tip of the iceberg. From an analytical point of view, this requirement also implies that protocols for aerosol analysis are setup and approved by the FDA. Scientific literature shows that several laboratories are in the front line for such an analysis, and especially the Big Tobacco R&D departments.

To date, laboratories are using different analytical settings (GC, SESI, PTRMS…) to analyze e-cigarette vapor’s quality, none of them has established  robust protocol yet and limitations remain on:

There are many analytical constraints that remain to be clarified to obtain a consensus and it is hardly believable that such a challenge may be addressed rapidly in such a controversial context.

Is there a last resort?

“The FDA has done a huge favor for the continued strength of cigarette consumption in the United States.” -M. Siegel
Beyond the disaster for the vapor industry, the regulation is also a disaster for public health, according to Siegel’s words. For the expert, only Congress would be able to enact legislation that prevents the FDA from requiring PMTAs for vaping products and to force the FDA instead to develop actual safety standards for these products.

The Smoke-Free Alternatives Trade Association (SFATA) issued a statement after the release of the Deeming Regulations to ask the Congress to take action so that vapor products remain on the market as highly effective replacement tools for smokers. Their position to change the predicate date is, in their word, “the only viable option”.

The Consumer Advocates for Smoke-Free Alternatives Association (CASAA) recalls that FDA has placed the rule in the Federal Register “Public Inspection File” pending publication in the Federal Register, earliest on Tuesday, May 10. The association reassures its members that there is no emergency in acting but that it is “not the end of the process”. They request more time carefully analyze the document.

The Vapor Technology Association (VTA) calls the FDA’s final deeming rule on e-cig and vapor regulations a “one-size-fits-all approach” and condemns the FDA for its tardiness. The association considers that the FDA falls “behind the rest of the world for the development of product standards” and feels that their joint effort with the European Committee for Standardization (CEN) to establish product and business standards are not echoed by the Agency.

“Harm reduction advocates have long warned that FDA ‘regulation’ of vapor products would resemble prohibition far more than reasonable regulation. Today, these warnings became reality.  The FDA’s refusal to modernize the February 2007 predicate date will cause a modern day prohibition of products that are recognized worldwide as far less hazardous than cigarettes” declared Greg Conley, President of the American Vaping Association (AVA) who raises the question of a potential open door to a black market if the Congress or the courts do not counteract the present ruling.

A black market that may come from the prohibition era that has just been created and that has been naively tested by Clive Bates as amazingly demonstrated on his blog the day before the release.

Is illegality a valid option not to step back into smoking for thousands of honest users who wish to preserve their health?