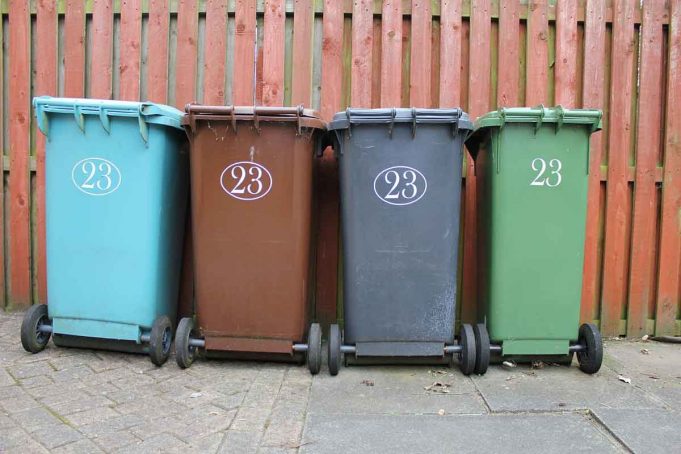 How long will vapers have to put up with misinformation being spewed out from disingenuous sources: a literal flood of falsehood; a deluge of deception, and when created by the pens of ‘professional’ critics – murderous misconceptions.

What exactly do I mean by this?

In order to explain I intend to examine, the title, and sub-title and introduction of a single newspaper report, but one which typifies the mass of media reports worldwide which, over the years, have preceded it.

The article in question appeared in the Denver Post on May 16, 2017. It was entitled, “Hold off on vaping – too little is known to consider it safe.” This comment is disingenuous: it misleads by intimating (see second paragraph) that vaping products are presented by the vaping community as being, ‘safe,’ and the argument that, ‘little’ is known,’ is just downright wrong – we know a great deal about vaping products. As for, ‘hold off vaping,’ what terrible advice for anyone to issue. It is current smokers who are using e-cigarettes. Indeed, enough is now known about vaping products that, even if it were not the case, and non-smokers were beginning to use them, the likely risk profile will be such that it should be none of anyone’s business.

I find it appalling that a medical professional, and an MD at that, should be making the comments that he does.

Let us take a close look and examine what he claims…

“The use of e-cigarettes — or vaping — is skyrocketing in Colorado despite a lack of public information about the ingredients in these products or their effect on people’s health. With so little evidence available, consumers should hold off vaping until more is known“.

I am sorry. There is a mountain of information about the ingredients used for vaping, and it is all out there in the public domain – indeed, everything which I propose to include in this response is from the public domain. There is not a great deal published on the harmful effect that these ingredients have on people’s health, and the reason is a simple one – there is very little negative effect, and based on what is known, nothing serious should be expected. I do not know about Tobacco Control or the Colorado Department of Public Health and Environment, but it is difficult, to say the least, to find evidence of something that does not exist – unless of course these ‘august bodies’ have made some sort of amazing scientific breakthrough

However, breakthroughs of a more modest nature have been made which support the notion that long term use of e-cigarettes will not translate into serious harm.

I refer to two recent events, the first, a study conducted by University College London (UCL) and published in Annals of Internal Medicine, and the second, the writing of Michael Siegel PhD.

The paper entitled, “Nicotine, Carcinogen, and Toxin Exposure in Long-Term E-Cigarette and Nicotine Replacement Therapy Users: A Cross-sectional Study, details what happened when researchers analysed the saliva and urine of long-term e-cigarette and NRT users, as well as smokers, and compared body-level exposure to key chemicals. The results were that long term NRT use and e-cigarette use were broadly the same. As Alison Cox, director of cancer prevention at Cancer Research UK says, ” “This study adds to growing evidence that e-cigarettes are a much safer alternative to tobacco, and suggests the long term effects of these products will be minimal.” (Emphasis mine) It is rather odd that in the light of the differences in risk between smoking and vaping that smokers should be advised to, ‘hold off vaping.’ (Keeping in mind that virtually all vapers are, at present, former smokers, indeed the number of vapers who were not former smokers is less than 1%.

No one is claiming that vaping is ‘safe’

No one is claiming that vaping is ‘safe’, it is just progressively looking that it might be, depending, of course on one’s definition of the word ‘safe.’ Look at what the MHRA states when discussing safety in medicines. “For a medicine to be considered safe, its expected benefits should be greater than any associated risks of harmful reactions.” Considered “safe?” “… expected benefits should be greater than any associated risks of harmful reactions?” Oh aye! So, in the world of medical products, ‘safe’ means benefits greater than associated risk. However, we are not discussing a medical product (or a tobacco product) we are discussing a consumer product and one which does not bring any health benefits but most certainly allows users to avoid harms, and , of course, the avoidance of that harm is the benefit. By manipulation of definitions and by playing semantics it can be implied that, ‘vaping is not ‘safe’ so it may be dangerous – anyway we do not know enough.’ What nonsense!

The second insight into vapour safety that I wish to highlight, comes from Michael Siegel.

This should be of particular interest to Dr. Larry Wolk as he is executive director and chief medical officer of the Colorado Department of Public Health and Environment and Dr Siegel’s comments happen to be based on a presentation highlighting an evaluation of vapour in the confines of a vape shop and performed by the California State Health Department (Of all people) and yet, what did they find in an unventilated, enclosed space filled with vapour? Well, nothing really. Here are the major results of the air sampling:

Other than the small concentration of formaldehyde, the only other chemicals that were quantified were ethanol (alcohol) and isopropyl alcohol.”

Oh dear! it would seem that the, “atomized chemical plume...” being poured into the air into the air and, “…potentially into the lungs of those around them,” does not contain very much of anything harmful… so what exactly is he trying to say? Of course, it is just scaremongering and has no substance whatsoever (rather like Scotch mist, unless the good doctor would like to offer something of substance).

So, by just referring to two examples of what we already know we render the claim, ‘we do not know enough.’ redundant – and there is an awful lot more.

All that Dr Wolk has to offer are things that go bump in the night. No evidence for second hand risk from vapour. No detail to support his claim that, “… vaping (will) addict another generation.” Indeed, he fails at the most important hurdle of all when he himself concludes his message by saying, ” …but it’s our responsibility to provide facts people can use to make informed decisions.”

One can only conclude that on the evidence of his writing here, he has failed to provide the facts, failed to allow people to access the information required to make informed choice, failed miserably in his responsibility.

One last word, and this has to do with ‘informed decision.’

It is looking increasingly likely that vaping will not translate into any significant harm to vapers themselves and almost certainly none to those around them. This being the case, even if adult never smokers do decide, in the future, to take up vaping as a recreational activity (and vapers really enjoy vaping) because it is not a medicine and because it will be an informed choice based on evidence, it should be none of anyone’s’ business but the individuals concerned. (This is not to say that there should not be regulation but that any regulation must be based on real concerns and should not on unsubstantiated fears, things that go bump in the night, and should not be directed at the decimation of the vaping industry.)