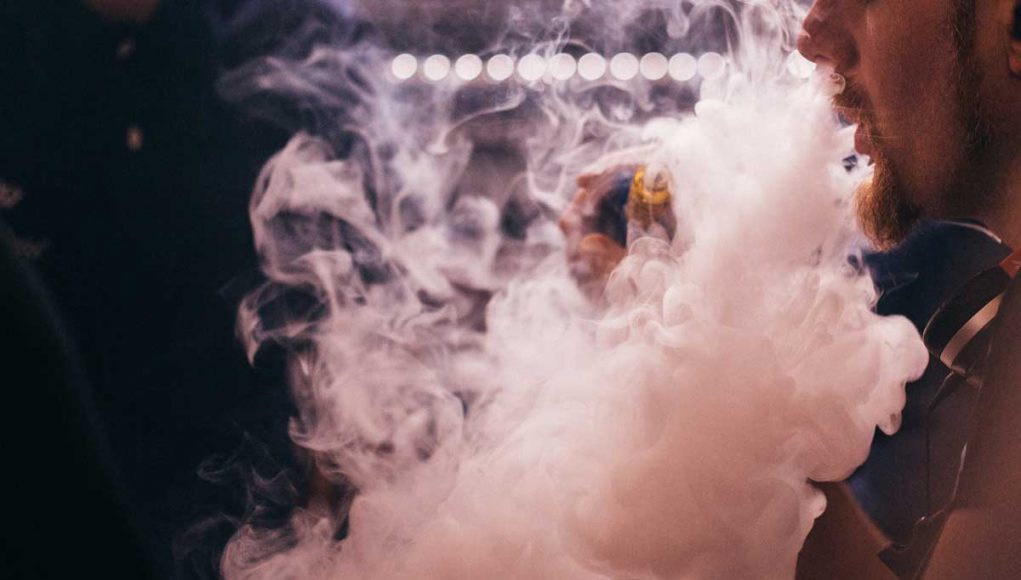 Meanwhile vapers in Austin, Texas, have been subjected to harsh new bans that were rushed into law less than two weeks before being enacted. This makes the famously liberal city the latest place in America to attack harm reduction.

Last Friday the UK marked the 10th anniversary of the ban on smoking in pubs, and predictably anti-nicotine groups used the occasion to push their agendas. Most of the press releases and blog posts focused on the dramatic falls in smoking since the ban was introduced – from around 21% in 2006 to just over 16% now. However, vaping advocates are angry that public health groups are ignoring the real cause of this improvement.

Actual data shows that smoking rates in the UK had been falling for years before the ban, but from 2007 to around 2011 this decline actually stopped. Smoking rates didn’t start heading down again until e-cigarettes became popular several years later, and then they began dropping at an unprecedented speed. However, you wouldn’t know this from the self-congratulatory outpourings from pressure groups.

ASH, who claim to be supportive of vaping, didn’t mention tobacco harm reduction at all in their numerous statements on the ban. Instead they credited the fall to plain packs, which were only introduced this May, and the ban on smoking in cars with children. Cancer Research also failed to mention vapour products. However, a statement by Public Health England made clear that vaping had played a role in the decline.

Meanwhile many commentators have observed that the ban has devastated Britain’s social scene, with one pub in every five having closed since it was introduced.

A British politician has harshly criticised the EU’s approach to vapour products, saying that the Commission’s scaremongering could have a “perverse effect” and risks reversing progress made on reducing smoking.

Anne Main, the Conservative MP for St Albans, highlighted the landmark 2015 PHE report which estimated vaping to be at least 95% safer than smoking, and argued that the UK is not doing enough to support science-based solutions to tobacco use. She said that continuing with the regulations in their current form was likely to make this worse. In particular, she said, the use of health warnings similar to the ones on tobacco could dissuade people from making the switch to reduced-harm products. Main also urged the British government to rethink the regulations once the UK has left the European Union.

…but MHRA tries to stir up more

The Medicines and Healthcare Regulatory Authority is responsible for implementing the TPD’s vaping restrictions in Britain, but its position on e-cigs has come in for a lot of criticism in the past. Early in the debate, the MHRA pushed for complete medicalisation – an extreme stance that would have wiped out the entire consumer market. Now, although the government says it wants a light-touch approach to vaping, the agency seems to be trying to sneak tighter rules in by the back door.

Following moves last week to close some loopholes in the law, the MHRA is now calling on health professionals and the public to report any side effects or concerns about vapour products. On the face of it this is reasonable enough, but advocates have commented that the MHRA isn’t asking people to do this for any other products – and there’s no explanation of why e-cigarettes are being singled out for special treatment.

Backing up the MHRA, Deborah Arnott of ASH claimed that the TPD restrictions give vapers “further confidence” in the market, and said she hoped to see products go through a more stringent licensing process to be classed as medicines.

At a meeting in late June the city council of Austin, Texas amended their local smokefree laws to include vapour products. On Monday, less than two weeks after the vote, the new law was imposed on the city’s vapers. Since then it’s been illegal to vape in most public areas, including bars, restaurants and even city parks.

Austin is far from the first US city to add vaping to existing smoking bans, and by now the pattern is depressingly familiar. The city council used vague but alarming claims to justify the law, insisting that “we don’t know what kind of chemicals are in vape” and arguing that the move will protect lungs – despite a complete lack of any evidence of health effects from “secondhand vape”.

Yes, we ARE outraged! Why? Because vaping is getting shut out and pushed away from availability. Public Health and Tobacco Control are a farce! They simply do NOT use science or data to enact these laws.

“we don’t know what kind of chemicals are in vape” is strange comment given the California Department of Public Health report results confirms secondhand vapor is harmless.
“This study, although conducted under very high exposure conditions in a small, non-ventilated vape shop with many employees and customers vaping and clouds of vapor visible, did not document any dangerous levels of exposure to any hazardous chemical.”
and there are plenty of other studies out there that say the same.
I would say “we know exactly what kind of chemicals are in vape” none that you aren’t breathing right now.

As far as I’m concerned this is plagiarism, nothing less. It’s also against international law.