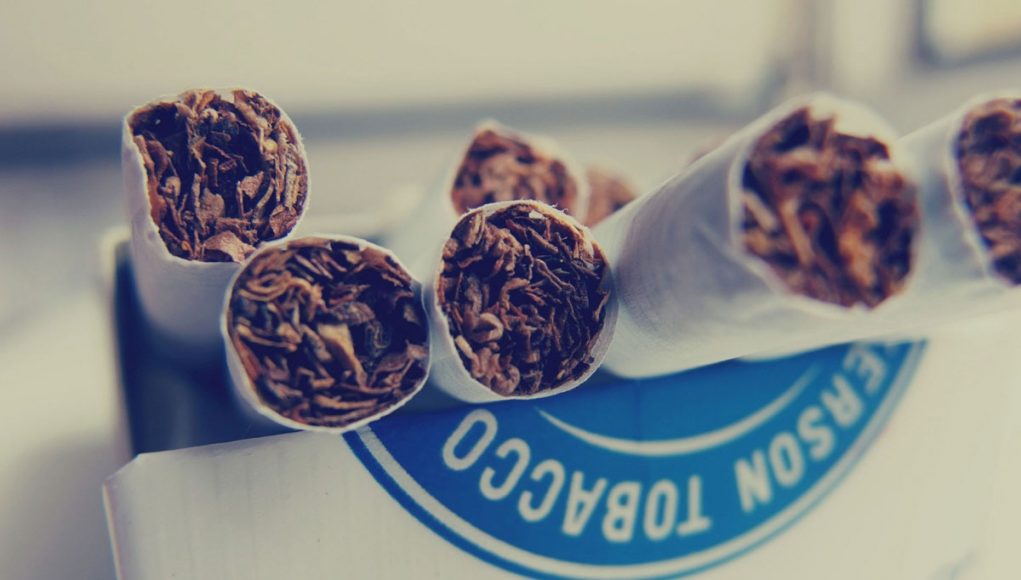 This week, about 3,000 anti-tobacco health and policy experts are expected to attend the 17th World Conference on Tobacco or Health, happening between the 7th and the 9th of March in Cape Town, South Africa.

The name of the conference,”Tobacco OR Health”, implies that the two cannot co-exist. “The cigarette is the single most deadly consumer product ever made,” said Ruth Malone, a professor at the University of California’s San Francisco School of Nursing and editor-in-chief of the Tobacco Control journal.

However, anti-smoking expert David Sweanor, an Adjunct Professor at the Centre for Health Law, Policy & Ethics at University of Ottawa, is inviting everyone to consider a different, and perhaps more effective approach. The below is a post by Sweanor explaining this perspective, shared by public health expert Clive Bates on his blog page.

A failure of understanding and curiosity

It has been concerning to me to see so much said about tobacco company motivations, and about Philip Morris in particular, with so much apparent misunderstanding of the dynamics in play.

Much of the tobacco control community sees itself as in a battle against Big Tobacco, but oddly has very little apparent interest in seeking to understand the industry.

The result is a struggle against a caricature of an enemy rather than the rational pursuit of a goal. Yet understanding the industry is not hard, in part because it reveals through many public sources (US Securities and Exchange Commission filings, analyst presentations, reports to shareholders, etc.) what it is doing. Plus, the companies operate in a legal and economic environment with clearly defined rules.

Disruption of the cigarette market – good or bad?

So, what do we make of PMI saying it wants to transition out of cigarettes to vastly lower risk products? To begin with, the company’s CEO is an engineer with a longstanding interest in technology. He has evidently believed for a long time that a transition away from combustibles is possible and sees it as a personal legacy issue. In such a centralized company, that’s important.

But the current environment also makes a transition, or at least a reasonable effort to achieve it, a valid idea. It can be explained by a standard business SWOT analysis. The cigarette business evolved, with much unwitting assistance from its opponents (see Big Tobacco’s Little Helpers), into an extremely lucrative nicotine maintenance cartel. There was consolidation into a small number of large companies combined with measures that greatly limited any competition from alternative products. This happened even as it became clear that cigarettes were an unnecessarily deadly delivery system, that smokers would move to alternatives (e.g. see: Ramstrom, Borland and Wickmans: Patterns of Smoking and Snus Use in Sweden: Implications for Public Health) and that viable alternatives existed.

The basic difference between combustion and non-combustion, between smoke and smokeless, did not deter the US Surgeon General of the time, 2003, stating in testimony to Congress:

Now that statement just looks like an outrageous abuse of the authority vested in the Office of the Surgeon General.

In most cases, these alternatives were simply banned by the supposed enemies of Big Tobacco or put at huge regulatory disadvantages by the same entities. Or, notionally reputable health bodies convinced smokers that non-banned alternatives, like moist snuff in the US, were not less hazardous (see: Kozlowski & Sweanor: Young or adult users of multiple tobacco/nicotine products urgently need to be informed of meaningful differences in product risks and Withholding differential risk information on legal consumer nicotine/tobacco products: The public health ethics of health information quarantines.).

Through the actions of tobacco control and regulators, Big Tobacco was thus protected from disruptive technology busting up the cigarette business, and from the litigation and regulatory threats that would flow from the presence of far less hazardous alternative products. That protection also gave them enormous power to increase prices. It has been a very lucrative market for a very long time.

The rise of e-cigarettes and the response to innovation

Then along came e-cigs. Initial efforts by the usual suspects to ban these products or put them at an NRT-like marketplace disadvantage failed in many markets, and they proved to be acceptable to a significant number of people who smoked. Adding to the problems for the cigarette industry, rather than handing a legal defence to tobacco companies, reputable health bodies such as the Royal College of Physicians concluded that such products were likely to be massively less hazardous than cigarettes.

So, what is an intelligent tobacco company to do? They had a pronounced threat from both a commercial sense (getting blown away by new technology like happened to Kodak and so many other formerly powerful companies) and a legal sense (cigarettes are ever harder to defend in product liability cases, and product regulation that devastates the cigarette market becomes ever more likely – much like the threat to auto manufacturers as risk reduction technology came into that field).

The alignment of profit-seeking and public health

The opportunity was to seek to turn this disruption to an advantage while pursuing the CEO’s personal commitment to product transformation. This meant developing reduced risk products that can be mass manufactured, garner profit margins similar to cigarettes, and grab market share from competitors. In Japan, we see this unfolding brilliantly. As shown in slide 37 of its recent CAGNY presentation, from 2015 to 2017 PMI saw its new heat sticks (iQOS) grow from 0.4% of the combined cigarette/heat market to 14.1%, and it is now focussing half its marketing budget on reduced risk products:

Its total market share reflects the loss of a disproportionate share of its cigarette sales but still resulted in an astounding increase in national market share from 25.0% to 32.8%. In an industry where a fraction of a percent of market share is a very big deal, this is an extraordinary example of an opportunity seized.

By pushing forward with new products, as seen in Japan, the company has the chance to win market share and appreciably increase profits (Goldman Sachs, in a March 5, 2018 report, estimates that PMI doubled its profits in Japan as iQOS grabbed so much market share). The threat becomes an opportunity to deliver on the CEO’s legacy project.

But there were also the legal threats caused by the availability of lower risk alternatives to cigarettes, and tobacco companies have long been dominated by lawyers who have a long history of deep pockets (see ‘cartel’, above) and finding creative ways to see off threats. How do they avoid the huge risk of attacks on cigarettes by litigation lawyers, health advocates and regulators who now see cigarettes as unreasonably hazardous?

Imagine the blow-back if a cigarette company developed, but did not try to bring to market, low-risk alternatives to cigarettes. Or worked to ban such disruptive and pro-health technology developed by others. On any rational analysis, that is a non-option. If you can’t kill it or successfully ignore it, what should a rational company do?

A simple and necessary first step: Endorse the new products!

That immediately turns many of the biggest potential enemies of cigarettes into the position of protecting cigarettes (because, as Steven Pinker points out about many environmental groups in his new book Enlightenment Now, they are fighting for ideological rather than pragmatic reasons). The enemies of the cartel become its protectors. Many of those who would have jumped all over a tobacco company for suppressing reduced risk technology will also jump all over them for promoting it, likely because their goal is simply the jumping.

Importantly for a company with a long history of legal threats, this endorsement of alternatives to cigarettes, provided it looks genuine, gives protection from litigation. A company still selling lethal cigarettes needs to look very reasonable before any potential judiciary body if they are challenged about doing so, and they seem to have done that in a resounding way.

They identified that reduced risk products might finally be acknowledged as such and allowed into some markets. They then spent billions of dollars hiring legions of scientists, buying up relevant IP, and building state-of-the-art research facilities to develop lower risk products. They spent hundreds of millions more building and converting factories to produce these products. They introduced such products into markets where it was possible and, in Japan for instance, triggered an apparently sustainable decline in cigarette sales that is unprecedented. They appeared before government bodies pleading for the chance to introduce these products into additional markets, backed by millions of pages of documentation. They even took the risk of trying to get such products to smokers in countries where there were laws that made it so difficult that they risked, and got hit with, prohibitory actions by such governments.

They did all this while being attacked by highly regarded health bodies that tried (often successfully) to ban the products. Then, despite the attacks by anti-smoking groups, they put a billion dollars into an arm’s length foundation dedicated to facilitating people getting off cigarettes. Making that money available to fund their enemies to do exactly what such groups claimed to be their mission. All of that starts to look convincingly reasonable on their part.

If this was really a war, and one with clear goals such as preventing the predicted billion cigarette-caused deaths this century, such intelligence would be informing options for rational strategies by the forces of public health (see: Who or what is the World Health Organisation at war with?. We would also be seeking ever more information on how best to achieve our ends. But if this is mainly about simply jumping on the caricature we have created, information is hardly necessary. Our aim should be to understand, in detail, their incentives (see: Pariahs, Predators or Players: the tobacco industry and the end of smoking) and then try to co-opt and manipulate their incentive structure to bring about the most rapid possible decline in smoking related-disease. That would mean developing a risk-based regulatory, communications and fiscal system that made it attractive for consumers to switch to low-risk products, and profitable for companies to encourage switching and to develop products that make it attractive.

Where others might see mere industry skullduggery in anything a tobacco company does, I see an intelligent and reasonably transparent strategy. But I also think it is a bit like the cartel they have long enjoyed – something that does not speak so much to the brilliance of their strategic thinking as the absence of it among their sworn enemies.