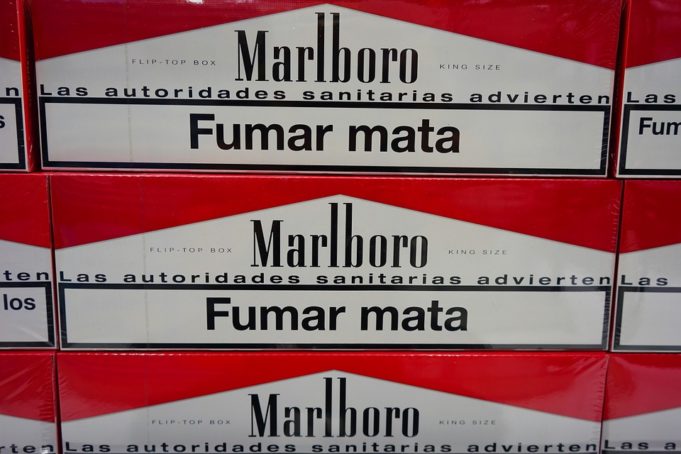 Senior director of fiscal policy for the Mackinac Center for Public Policy, a free-market research institute based in Michigan, Michael LaFaive, and Todd Nesbit, an assistant professor of economics at Ball State University, are both individual contributors to the new Mercatus Center book “For Your Own Good: Taxes, Paternalism and Fiscal Discrimination in the 21st Century ”, and in an article on The Hill, share their complete calculations on cigarette smuggling through 2016.

Tax evasion is not the only negative consequence of high taxes, an increase in corruption and all sorts of crime associated with illicit cigarette trafficking is also noted.
The highest rate of smuggling of contraband cigarettes was found in New York at 56%, followed by Arizona at 44%, Washington state at 43%, New Mexico at 41% and Minnesota at 35%. The experts added that despite ranking sixth place, Nevada is worth mentioning. “It leapt a staggering 35 places year-over-year from its previous position as 41st in the nation. This change is no doubt a function of a 2015 tax hike of $1 a pack.”

“Cigarettes are also smuggled out of states, particularly when their neighbors have a much higher excise tax. The opportunity is large, not only for individuals trying to save a buck by crossing into another taxing jurisdiction, but also for organized crime cells seeking to make thousands of dollars,” pointed out the experts. “The top outbound smuggling state in this year’s study is New Hampshire, at 85 percent. For every 100 cigarettes consumed in the Live Free or Die State, another 85 are smuggled elsewhere, probably to neighboring states.”

LaFaive, and Nesbit pointed out that tax evasion is not the only negative consequence of high taxes, and explained that along with this comes an increase in corruption and all sorts of crime associated with illicit cigarette trafficking.

In view of all the above they are urging authorities to take a broader perspective when considering such taxes. “Many state governments around the country need to reassess their reliance on cigarette excise taxes. The taxes themselves undermine health goals by driving illicit shopping while inspiring rafts of other unwanted behavior.”