The Vape community has certainly had to endure it’s fair share of frustration, however, there is another type of burden vapers must endure, and that is a lack of adhesion and coalesce.

Perhaps a far more damaging feature to this Vapor-Prohibition era by the U.S. anti-vape establishment’s time of deceit, broken promises, denial, lack of compliance, fear, irresponsible business practices, declining public interest, a lack of smoker’s curiosity and miscommunication, no communication and disrespect are rampant throughout the vape industry.

Coalesce and Adhesion are two words rarely ever used in articles, books, blogs, newspapers, conversations, news reports, or anything we see on television or the Internet. Basically, we may see these words from time-to-time, yet we hardly ever hear these two.

The reason these words are so important for all Vapers, especially advocates to know and fully understand is because they represent scenarios meaningful to the current circus throughout the vape industry, specifically becoming a “growing common unity” — a community of growth.

Why is that important to know? Because the leadership within Big Government and the industrial tycoons of Big Business want to keep us separate and isolated since they are well aware that the only thing that can beat organized money is organized people.

Divide and conquer, right? Such concepts are not as old as time, but they are surely as old as commerce.

Those in positions of great wealth favor keeping people disconnected and divided since allowing people to congregate also allows them to strategically communicate. The cronyism between Big Government and Big Business has been the entire reason for such severe animosity against Vaping.

From Regulations to Restrictions

The controversial actions by the FDA have been labeled as an overreach of authority or also described as the 21st Century Prohibition — reminiscent of the “Roaring Twenties” outlawing of alcohol consumption, sale & distribution.

However, even though these federal regulations have struck the heart of the vape community, there are far more concerning legislative matters occurring at the local municipality level.

Initially, the FDA has basically tried to regulate Vaping out of existence, but apparently this would be much too slow of a process since the federal government typically operates at a slower pace — by design of course.

Public Health organizations and tobacco control groups have been wreaking havoc all across America, banning the use of vapor products, flavored nicotine and even going as far as banning public tobacco use altogether.

Land of the free? Free to be forced to live within hypocrisy? Hmm.

There are many Vape advocates joining forces to help fight these unAmerican and unconstitutional regulations of authoritarian government overreach, but we are up against institutions with such vast, unchecked power and influence.

This particular influence and power is so vast that America will ultimately go to lengths that will lead to actual war for these specific institutions. This is what the vape industry is up against.

There is no doubt that the vape community must adhere to each other’s views and messages to find a way to share a common unity, ultimately developing a coalesce. 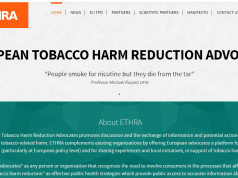 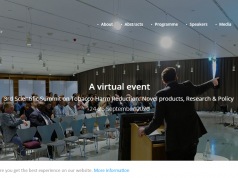