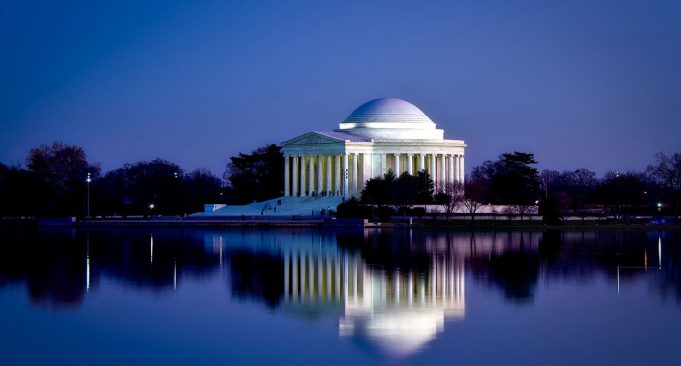 Vaping taxation proposals are popping up all over the country as state legislatures and regulatory agencies navigate an industry that they can’t seem to understand. At the federal level, U.S. Rep. Rosa DeLauro (D-CT) has introduced a legislative proposal to the newly Democratic-controlled 116th Congress targeting vapes with taxation, flavor bans, and online age verification.

Dubbed the “Youth Vaping Prevention Act,” the DeLauro proposal is the latest attack on an industry that struggles to self-regulate all over the world. Here in the United States, the industry-backed movements of self-regulation and presenting vaping as a viable harm reduction method are sadly falling short. Regulatory framework development from the Food and Drug Administration (FDA) and the beckoning call from Surgeon General Jerome Adams for states and localities to tax vapes are among the approaches that DeLauro’s bill seeks to codify into existing federal tobacco control statutes.

In 2015, she introduced a similar bill with Rep. Elizabeth Esty (D-CT) that would mandate online retailers to age verify customers who purchase e-cigarettes and other tobacco products over the internet. The bill failed under a GOP-led House. Nonetheless, the latest proposal is before a Congress that seems adamant in regulating vaping to curtail underaged use with bipartisan support in both chambers.

The current legislation proposed could have several unintended consequences, despite the sentiment behind the bill. For instance, the DeLauro bill seeks to classify e-cigarettes and vapes as tobacco products under the Internal Revenue Code by expanding the federal cigarette excise tax to cover such products. Under current law, e-cigarettes aren’t taxed as traditional combustible cigarettes. Combustible cigarettes face a national tax rate of $1.0066 per 20-pack of cigarettes on top of local and state levies, according to the nonpartisan Tax Foundation.

According to a summary of the bill presented to the public by DeLauro’s office, the legislation will “close the current federal tax loophole” allowing vapes and e-cigarettes to be sold at lower prices. This will also amend the benchmark Food, Drug & Cosmetic Act (the founding law of the FDA) to ensure that vaping tax revenues go to federal tobacco control initiatives. The “unintended consequence” with this provision of the bill is that prices will drastically climb for legal consumers seeking a 95 percent safer alternative to regular tobacco cigarettes. By consequence, this legislation could also place vapes and e-cigarettes among some of the most expensive “sin” products in some areas of the United States. Another major concern with this proposal is that it’s not widely known yet on how vapes will be taxed. (I believe that the law could tax vapes and e-juices by nicotine volume or, if the legislation is so extreme, by device and components. I’m looking into this more.)

Other provisions of the bill will restrict the so-called “kid-friendly and addictive flavors” of e-juices. DeLauro takes a very aggressive stance by changing the law to ban the sale and manufacture of all e-cigarette flavors unless the FDA approves. The criteria for an e-cigarette to be considered “legal” under this proposal includes proof that the flavor helps adults quit smoking cigarettes, that it does not increase the harm of the person using the flavor, and that it doesn’t increase youth vaping and smoking rates. This criterion isn’t further defined. Ultimately, DeLauro’s bill will give the FDA the statutory teeth to “regulate” or, how I view it, “outlaw” flavors that don’t match the marketing standards set forth by the public health regulator. The other unintended consequence here is that the proposal lacks an understanding of how manufacturers market vapor products. As Washington Examiner commentary writer Erin Dunne wrote in October of last year, flavorings shouldn’t be targeted in the vaping marketing crackdown.

“Flavorings alone, of course, are not indicative of a marketing strategy that specifically targets underage consumers nor should they be banned as some jurisdictions have tried to do,” Dunne wrote. Her argument is sound.

As we’ve seen with marijuana edibles and certain flavors of alcoholic beverages, the flavorings of e-juices — being the fruity and sweet sensations the FDA claims appeals to teens — are apparently to risky to sell in an already regulated market. The legislation’s intentions further emulate the shortcomings of other flavor bans approved in localities like San Francisco. The reasoning for the San Francisco ban on flavors focused on the fact that while fruity flavors are for sale to legal consumers, youth will be drawn to them due to an interest in tasting fruit and not “tobacco” or menthol flavors if they choose to smoke or vape. But, this logic also applies to adults. DeLauro’s bill, the FDA’s potential flavor bans, and the bans popping up at the state and local levels dismiss the fact that adults may be interested in fruity flavors. For example, a widely cited E-Cigarette Forum survey found that 30.55 percent of respondents (all legal consumers) prefer “Fruit” flavorings and 18.86 percent prefer “Bakery/Dessert” flavors while 22.3 percent opted for “Tobacco” flavor. Additionally, researchers reported in a 2013 edition of the International Journal of Environmental Research and Public Health found that flavors assisted e-cigarette users in kicking combustible cigarettes.

“The results of this survey of dedicated users indicate that flavors are marketed in order to satisfy vapers’ demand,” the researchers concluded. “They appear to contribute to both perceived pleasure and the effort to reduce cigarette consumption or quit smoking. Due to the fact that adoption of [e-cigarettes] by youngsters is currently minimal, it seems that implementing regulatory restrictions to flavors could cause harm to current vapers while no public health benefits would be observed in youngsters.”

Keep in mind; any regulation should foster solutions to curtailing youth vaping backed by industry and opposing stakeholders. The current approach outlined in the legislation doesn’t accomplish that because it targets products popular among legal consumers and therefore threatens the satisfaction and harm reduction benefits of e-cigarettes.

DeLauro’s current proposal will revitalize the e-commerce regulations that her 2015 proposal sought to address. These regulations include mandatory age verification for online storefronts and companies with extensive e-commerce operations. According to the legislation, passage will mandate companies to identify and verify purchaser age through approved ID databases. It will also mandate companies to develop delivery methods that verify age upon delivery of a product.

These provisions could have adverse effects when it comes to delivery. The end goal, according to a summary of the legislation, is to prevent the United States Postal Service from carrying vapes and e-cigarette products in normal mail circulation. Such a ban could also negatively impact the segments of the industry that rely on e-commerce sales as a key part of sales strategies.

The main issue I have with this component of the legislation is that it seems to lack input from industry, as does this entire bill. Most online vape shops that I frequent and others that I have contacted for this piece all have age verification protocol in place. Some shops more than others, but it remains. For example, VapeMentors.com recommends that online retailers utilize services such as BlueCheck, Verated, Agechecker.net, and Intellicheck Retail ID Online to confirm age verification. I do admit that some of these age verification protocols are relatively easy to beat, but the argument that I submit here is that the legislation seems to prioritize the “Do this or be punished” components of governing. There’s ultimately little room and incentive for market-based innovation that wasn’t forced by a law or regulatory body.

Wherever you may stand on the age verification mandate and the proposed bill as a whole, it could be a nail in the coffin that the vaping industry can’t afford. Though the industry is projected to experience multi-billion dollar growth in the next five years, the growth will be highly concentrated to the big tobacco-backed operations like Juul–the “Walmart of vaping.” This proposal, if passed, and the future regulations from federal, state, and local public health agencies could harm and force the shuttering of several early-stage startups and ma and pa vape shops across the country. In essence, the DeLauro bill must be voted down in the GOP-held Senate or the result could be harmful to the current state of the industry.

As of right now, vape entrepreneurs and consumers have to deal with a rising narrative of hysteria and misinformed opinion and an unfriendly presidential administration. Between the impacts of Trump’s trade war on e-cigarette manufacturers and anti-tobacco activists dismissing the harm reduction benefits of e-cigarettes, 2019 will be a hard year.