Have you ever wondered if one of the lawmakers restricting e-cigarettes took the time to understand the product they are regulating? Have regulators ever understood the culture surrounding vaping?

One of the critical reasons that regulatory trends persist is due to this misunderstanding of the vaping industry.
If we are honest, the answer to both of those questions is probably “no.” The likelihood of acting FDA commissioner Ned Sharpless making a public address about DIY mixing or unregulated mods is minimal. Lawmakers, like Senate Majority Leader Mitch McConnell, are not going to chat with stakeholders about the industry’s most popular flavors.

You are not going to see any of the politicians who claim that they are standing up for your public health taking the time to understand not only the scores of products this industry creates but the people who make and consume them every day.

Vaping is a subculture. Even within that subculture, other subgroups and microcultures make up this industry’s diverse consumer-base.

Considering this assessment, I posit to you that one of the critical reasons that regulatory trends persist is due to this misunderstanding of the vaping industry.

Understanding a subculture of consumerism 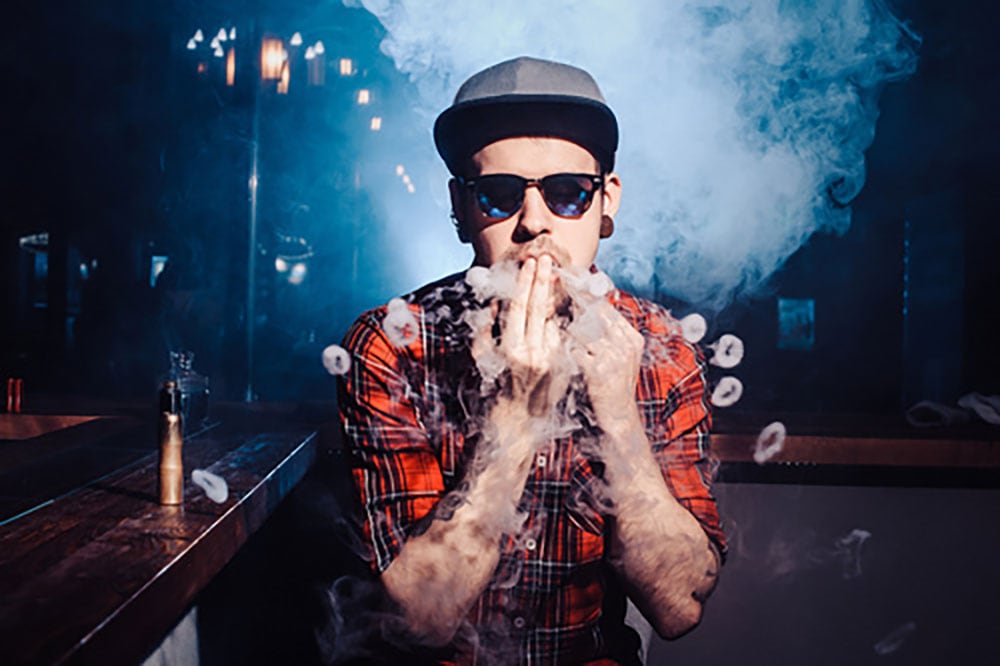 In 1995, researchers published in the academic Journal of Consumer Research an operative definition for how subcultures build around a specific consumer product.

“Recognizing that consumption activities, product categories, or even brands may serve as the basis for interaction and social cohesion, the concept of the subculture of consumption solves many problems inherent in the use of ascribed social categories as devices for understanding consumer behavior,” the findings of this study conclude. Based on the development of a community that shares a collective identity around shared interests, a subculture emerges.

Outsiders must take the time to understand how a subculture works.
Since vaping is a social, product, and public policy phenomenon that many still have yet to understand fully, it makes perfect sense that this classification is applied. Vapers associate with other vapers. Shop owners and manufacturers utilize business models that are proprietary through branding, class of products sold, and other characteristics. Essentially, as with really any consumer subculture, the vaping community while inclusive is exclusive to certain intrusions.

As a subculture, the vaping community is characteristic of a societal subgroup whose members share a collective identity, language (e.g., product jargon), and interests. Through an analysis of this, there are social structures, dominant shared values, and symbolic behaviors that are distinct to the consumption of e-cigarettes and vapes. Ultimately, the model framework that exists would be a symbiotic relationship between the subculture and its constituent subgroups with the overarching culture of a large group or the entire society.

Outsiders must take the time to understand how a subculture works. Given that this subculture is additionally built around a class of product and consumer trends, outsiders also must understand how these products are made, how they are sold, who markets them, and how they differentiate.

In the case of regulatory trends, lawmakers and regulators that take an interest in regulating e-cigarettes should learn all matters related to the subculture and the products. The Food and Drug Administration (FDA) attempts to understand the diverse product offerings of the vaping industry and how they work, but there is blatantly no focus on the targeted demographics of these products. Regulators do not ask why consumers like e-cigarettes, or even why so many people believe in the industry as positive agents for change.

Using an e-cigarette is a sin, and the people who purchase, sell, advertise, manufacture these products are sinners in the eyes of the majority.
I’ve previously written for Vaping Post and other publications on how a moral panic develops. If you recall, the theory behind “moral panic” was developed by South African criminologist Stanley Cohen to provide an answer to why population-level public outcries brought on by political and media hysteria drive changes in public policy. Cohen describes a moral panic as “a condition, episode, person or group of persons [that] emerges to become defined as a threat to societal values and interests.”

Moral panics develop in a series of progressions that commonly situates a particular social group or subculture as the “reason” for civil upheaval, outcry, and general fear surrounding a so-called break down of the society’s moral traditions.

Based on this observation, legislators and regulators are likely to approach dealing with these products and the associated public policy debates with preconceived notions. For example, a legislator who is swayed by the moral panic of e-cigarettes and only educates him or herself with data and research provided by tobacco control and anti-vaping activists are going to be given a misinformed, biased, and partisan depiction of these products.

Subcultural education and industry comprehension are ultimately placed as secondary, tertiary, or even optional requirements when proposing regulation. 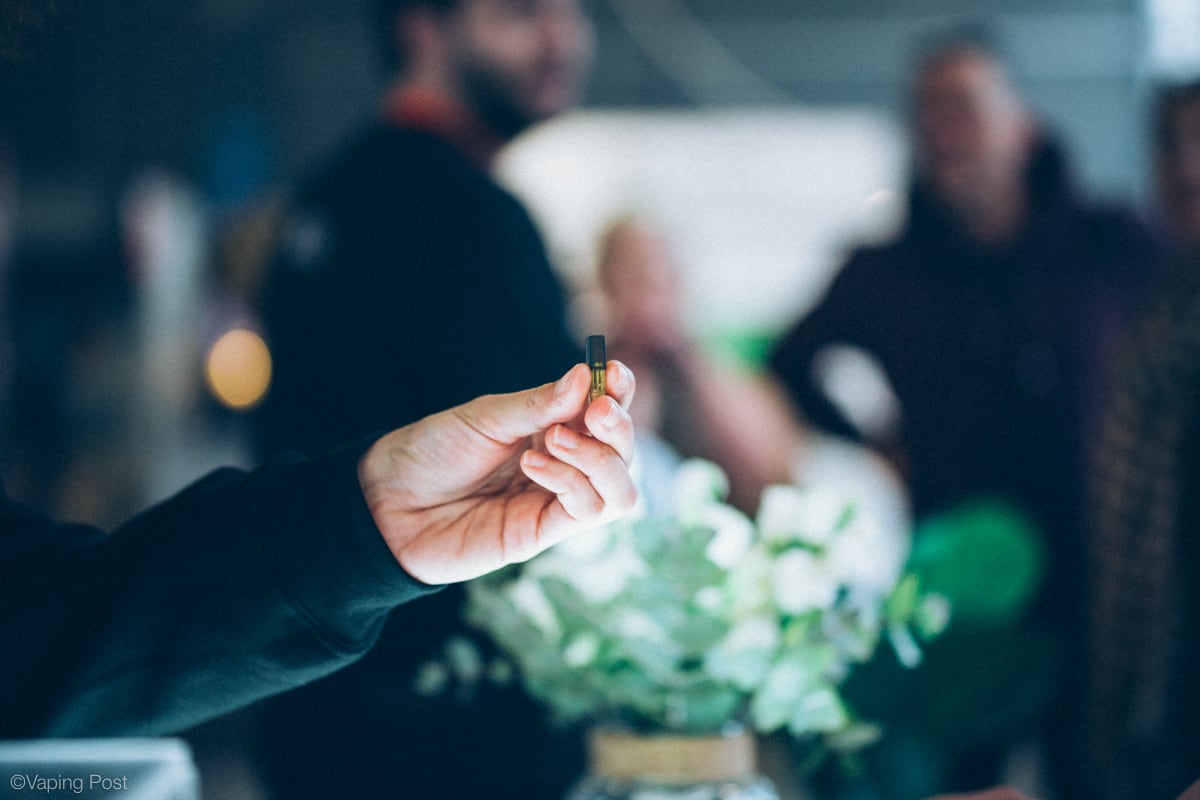 0.6 percent of high school youth specifically are everyday vapers.
When former FDA commissioner Scott Gottlieb declared the youth vaping epidemic, he cited trends from national youth substance abuse surveys suggesting that there is an increase in e-cigarette and liquid nicotine use. Data spikes are noteworthy, but the “youth epidemic” is built mainly upon spikes in experimental usage that clearly show no indication of recurring daily use with very little prevalence among high school and middle school-aged populations.

Brad Rodu, a noted tobacco harm reduction researcher at the University of Louisville’s James Graham Brown Cancer Center, confirmed this. He found that 0.6 percent of high school youth specifically are everyday vapers with possible symptoms characterizing nicotine use addiction. It is argued that 3.3 million youth vape regularly and media, regulators, and lawmakers interpret that this large population is addicted thanks to cases of easy accessibility of pod-based systems, fruity and sweet flavors, and other reasons. However, Rodu highlights that the data from the federal government’s surveys clearly show no endemic cases of e-cigarette use.

As a result of the 3.3 million-person statistic and the alarming statements from the FDA, media then latches on to every little detail they can find. This includes reporting on outlying cases of vaping youth going to substance abuse rehab or conflating crime scenarios where school resource police officers bust the “hallway black markets” that are apparently plaguing high schools all over the country.

This is a textbook case of moral panic. Because of elevated public fear, the population that has fallen for the moral panic (e.g., parents) are going to call on local, state, and federal authorities to do something. These people will use existing tobacco control advocacy apparatuses to communicate this message. Organizations like the Truth Initiative or the Campaign for Tobacco-Free Kids will then opt to encourage political and legislative action on behalf of the outcrying population, donors, and other governmental and corporate interests. Lawmakers will then feel inclined to point the finger at the industry with accusations that e-cigarettes are marketed to children.

Based entirely on this moral panic scenario, the products and the culture surrounding them are then scrutinized with prejudice.

E-cigarettes and vaping products contain nicotine, which is a psychoactive drug that is highly addictive for some. These products were developed as a cleaner and safer nicotine delivery systems over combustible cigarettes. E-cigarettes and vapes, while a hobby for some, also double as smoking cessation and harm reduction intervention to wean smokers off riskier nicotine products.

Importantly, the main point that is missing or not accepted by lawmakers and the outcrying public is that e-cigarettes and vapes were never created for minors. If we consider how Juul Labs rose to prominence before surrendering to the teat of Altria, the company reached an overwhelming market share by being “smoke-free” and “tobacco industry free.” This was done through the creation of innovative pod systems and non-tobacco flavors that were scientifically proven to help addicted smokers make the switch.

Opponents justified regulatory responses and moralist prohibitions on the argument that the non-tobacco flavors are directly marketed to minors. As a result, policies are now in place to limit sales, raise legal consumption age, increase taxes to deter the use or ban the combined category of products entirely.

Prohibitionist agendas at the expense of misconceptions 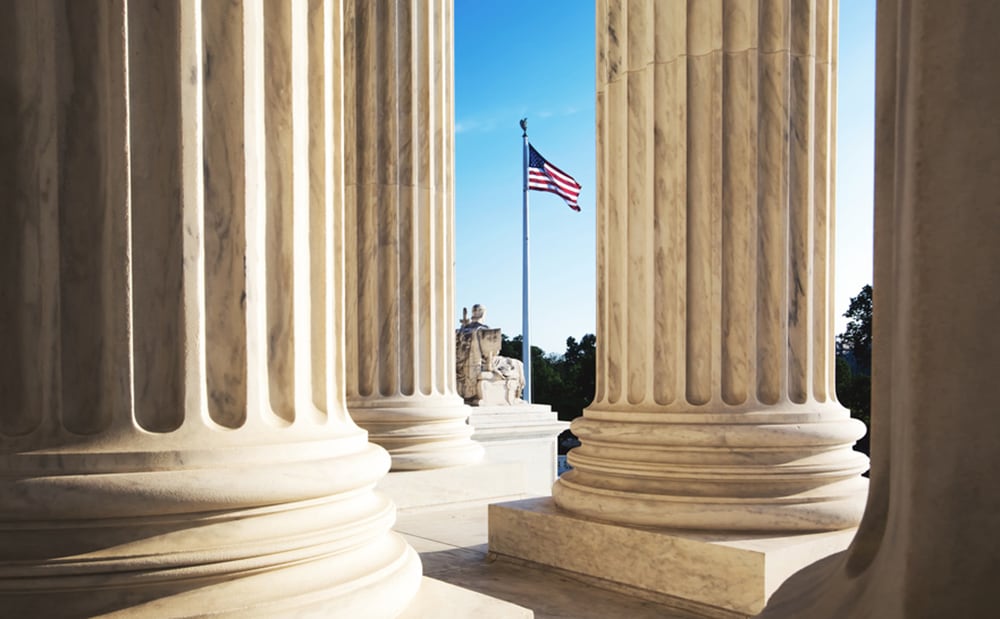 The context provided offers an assessment that much of this is artificial. You have likely heard this talking point before, but politics and money motivate the recent hysterias about vaping. Tobacco control organizations, government officials, and even some in the private sector have much to gain by restricting and eliminating entire products from the market.

Through opposing advocacy and regulation, the products slowly disappear, and so does the subculture. It is entirely rational to argue that a small town vape shop owner’s way of life is at risk when he or she are conflated with “big tobacco” and must be dealt with similarly.

Most vape shop owners and manufacturers are small to medium-sized business or early-stage startups that are just lucky to reach the $1 million annual revenue mark. Besides behemoth brands, the vaping industry is a very saturated market with thousands of products competing for the scraps. It is a dangerous line of reasoning when a single-location vape shop in a small town or a tiny e-juice manufacturer that relies on e-commerce sales is considered “big tobacco,” immoral, and peddles products directly to children.

Not only does this reveal a misunderstanding of the industry and culture, but it also suggests that it is systemic. While much of what I have written is not news to many of you, it still is helpful to understand the sociological and economic frameworks that drive not only consumerism but reactive behavior.

Society Diane Caruana - January 13, 2021 0
“We want to have a positive impact on the 15 million smokers in the country. For this reason, we have decided to open the...