We have certainly heard about many scientific based research studies entirely debunked and later considered inconclusive. We have also learned of some reliable and valid studies. So, it seems this major responsibility is much more difficult to manage than anticipated for Academia. At the same time, it seems as if U.S. universities are focusing more on researching the risks rather than the benefits.

The majority of schools within the American university system have accepted large grants from the FDA to conduct research that primarily focuses on searching for the future risks of vaping rather than highlighting the current benefits for public health.

Dr. Michael Siegel explains “There is a huge amount of research being done on the risks of vaping but there is almost no research on the potential benefits.”

Furthermore, in order to gain a better understanding of how vaping is being studied within the university system in the United States, it is best to analyze the schools and programs that are researching the current benefits of vaping and also to mention the colleges researching the future risks of vaping.

Some of the universities doing reliable and valid research are few and far between. However, there are some universities and researchers in the U.S. that are “Conducting good balanced work” according to Dr. Michael Siegel.

Considering this, one of the most important research studies was published just this past spring. It was a clinical trial that showed vaping was more effective than the nicotine patch and proves to be the single most important study of its kind.

Furthermore, the report was published on Jan. 30th 2019 in the New England Journal of Medicine. The conclusive results proved that “E-cigarettes are almost twice as effective at helping smokers give up tobacco than other alternatives such as nicotine patches or gum.” Also, it is always important to mention how the study was funded by the National Institute for Health Research and Cancer Research UK.

Another massively important study is the ITC Project, which is a shortened name for the International Tobacco Control Policy Evaluation Project looking at trends and behavior involved with vaping. The ITC project includes countless academic researchers from across many countries — in which this study is and of itself an entirely separate topic that we will likely cover in more detail following this article.

Top Researchers and Universities for Vaping in the U.S. 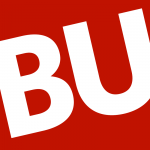 A physician and researcher at Boston University where Dr. Siegel is a Professor in the Department of Community Health Sciences. Siegel has been widely outspoken about the ways in which the vaping industry has become harshly over-regulated when compared to traditional tobacco cigarettes. A globally known educator. 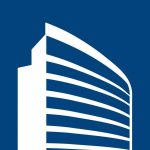 Co-leader of the Tobacco Policy and Control Research Program at the Hollings Cancer Center of the Medical University of South Carolina. Dr. Cummings is also Professor of Psychiatry and Behavioral Sciences 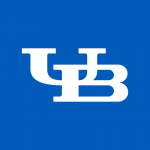 Professor of Community Health and Health Behavior. Dr. Kozlowski is a colleague of Dr. Cummings and was a founding member of the Society for Nicotine and Tobacco Research. Kozlowski has been highlighted as an internationally recognized expert on nicotine policy and e-cigarettes. 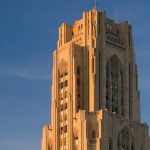 Professor of Psychology at the University of Pittsburgh and Senior Scientific Advisor to PinneyAssociates. Dr. Shiffman is part of the Smoking Research Group at the University where they research cigarette smoking and nicotine dependence. 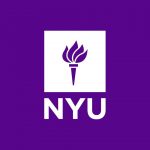 Professor of social and behavioral sciences at NYU College of Global Public Health. Dr. Abrams has always been very vocal about the benefits of having vaping devices around rather than combustible cigarettes.

Focusing on Researching the Risks of Vaping

Dr. David Abrams says, “Studies show that if most current American smokers switched to vaping e-cigarettes over the next 10 years, there could be as many as 6.6 million fewer premature deaths and 86.7 million fewer life years would be lost. If we embraced harm reduction, we could make cigarettes obsolete in 10-15 years.”

Dr. Michael Siegel once wrote, “Both the government and the national tobacco control organizations have largely abandoned the fight against the tobacco industry and smoking and instead of dedicated themselves to seeking funding for research or policy that makes little or no further contribution to the protection of the public health.”

Taking this into account, very little research is being done in universities on the benefits of vaping when compared to the amount of research being conducted strictly to find the risks of vaping.

Apparently, the FDA gave out huge amounts of grants to universities in order to research vaping, so of course many colleges and researchers jump at the opportunity.

The FDA mentions on their website how they are offering a Funding Opportunity Announcement (FOA), where they state, “Research Projects must address the research priorities related to the regulatory authority of the Food and Drug Administration (FDA) Center for Tobacco Products.”

The FDA also points out how “Research results from this FOA are expected to generate findings and data that are directly relevant in informing the FDA’s regulation of the manufacture, distribution, and marketing of tobacco products to protect public health.”

Unfortunately, this funding opportunity announcement seems as if they could be saying, “since we are funding the research, this means your research must have results that reflects our position.”

In so many words, that is at least one interpretation since the FDA always writes things in a way that is very concise yet also slightly vague, almost as if they do not want you to interpret their message properly at all.

Regardless, listed below are some more of the Top Universities Researching Vaping in the U.S., which primarily focus on studying the potential future risks.

The Center for Tobacco Control and Research is based at UCSF and headed by Dr. Stanton Glantz, who is a tobacco control researcher. His work is widely-known, receiving hundreds of millions of dollars in funding from government agencies.

All things considered, while this is a brief list of just the Top 10 schools in the U.S., there is surely even more to explore — especially when reflecting on universities that focus on finding potential future risks rather than current benefits.

Either way, if you recall, at least the first portion of this article highlights the Top 5 researchers and colleges providing valid and balanced work reflecting the current  benefits of vaping. So, there is always some hope when navigating your way through all the universities in America that analyzes this technology.

As we aim to educate and inform with our writing, please feel free to provide any feedback concerning this particular topic.