Vaping Post
Home Politics America Oregon Decriminalized All Drugs And Legalized Psilocybin — What This Means For...

On election day in the United States, voters in Oregon approved a variety of drug reform policies and taxation regimes.

Vaping Post called the race for the passage of the tax as a part of a national trend in nicotine tax increases.

However, the framework for drug legalization in Oregon has gotten more liberalized for the benefit of harm reduction strategies and recovery.

Measures 109 and 110 are landmark decisions and further legalize and reform the impacts of drugs and the war on drug users.

Measure 109 legalizes psilocybin therapy. Psilocybin is the substance in hallucinogenic mushrooms that offer intoxicating effects that can be utilized for medicinal purposes.

At 56 percent of the vote was in favor of the measure and offers the Oregon Health Authority the opportunity to regulate and commercialize a medicinal psilocybin-assisted therapy program to be administered in licensed facilities in a therapeutic setting.

Interestingly enough, psilocybin can be manufactured into an extract and even a liquid that can be vaporized through closed and open-tank systems. This is also the case for other substances like meth, illicit fentanyl use, and DMT.

While the development of the regulatory framework needs to be realized, there is plenty of theoretical academic research that insinuates that vaping certain substances like psilocybin can benefit, excluding the burning used to smoke certain substances.

Measure 110 decriminalizes the illicit possession of virtually all drugs that can be obtained through illicit means. Oregon is one of several U.S. states to have legalized medicinal and recreational marijuana use while permitting the commercialization of the substances.

The measure, in this case, doesn’t permit the commercialization of the substances in question. This means that this new measurement in the law could further develop the market into a legal one.

More information regarding the expected impacts of these two measures is not yet known.

This story is developing. 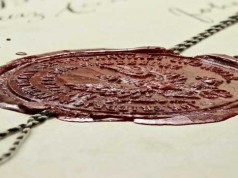 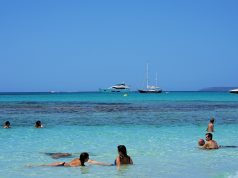 Panama City Bans Smoking and Vaping on Its Beaches