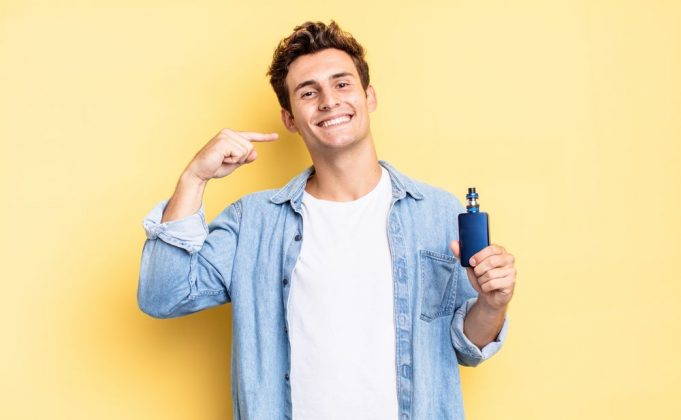 A new study, published this Wednesday in the New England Journal of Medicine, has given vaping a new rank among smoking cessation methods: right at the top, head and shoulders above the rest.

That ought to give ammunition to the people who support this cessation method, and throw a spanner in the works for the FDA in the U.S., where the NEJM is widely read and highly respected. The FDA is actually considering a series of very stringent anti-vaping measures and is even accusing vaping of encouraging young people to smoke. The FDA will struggle to tarnish the reputation of this highly effective smoking cessation method in the name of tobacco control.

Backed by the National Institute for Health Research’s (NIHR) Health Technology Assessment programme, plus a grant from the Cancer Research UK Prevention Trials Unit, the study was led by Peter Hajek, a leading anti-smoking campaigner in Britain. A team of 13 doctors, psychologists and pharmacists took up the challenge of comparing the efficacy of vaping against other smoking cessation methods.

The team worked with a random group of adults using UK National Health Service smoking cessation services. Participants were  allocated either a nicotine replacement product, or combination of products, to be provided for up to three months or an  e-cigarette starter kit (a second generation, refillable e-cigarette and a bottle of e-liquid containing 18mg of nicotine), and recommended to buy new e-liquids to suit their tastes and the nicotine strength they wanted.

The study involved voluntary patients, who were given a choice between vaping and other substitutes, patches, sprays and gums.

Treatment included weekly behavioural support for at least 4 weeks. The primary outcome was sustained abstinence for one year, which was tested biochemically during the final visit. Participants who left the study or who failed to provide a biochemical test result were considered not to be abstinent. Secondary outcomes included treatment use and respiratory symptoms reported by the study participants.

In total, the study analysed the results from 886 participants. The one-year abstinence rate was 18.0% in the vaping group, compared to 9.9% in the group using other nicotine substitutes (e.g. patches, gums).

Among the vapers, 18% stopped smoking after 52 weeks, compared to 9% of participants using the other methods.

Among participants who abstained for one year, those in the vaping group were more likely to use their assigned product beyond 52 weeks than those in the nicotine substitute group (80% v. 9%).

The smokers in the e-cigarette group reported greater decreases in the incidence of cough and phlegm production from baseline to 52 weeks than the smokers in the nicotine replacement group. There were no significant differences between the groups in terms of wheezing or breathlessness.

Many cessation specialists suspected that vaping would be more effective for quitting smoking than pharmaceutical nicotine replacement products. The study, “A Randomized Trial of E-Cigarettes versus Nicotine-Replacement Therapy” has delivered the scientific proof.

The study – a world first – strengthens the case for vaping.

Even so, we need to consider the results carefully. The team gave each patient an identical starter kit, with instructions to then choose their own e-liquid. Giving each person the option to choose their own kit may have slightly improved the results for vaping. Even so, the result is extremely satisfying.

The comparative study with medical substitutes is still pending.

It can’t be compared to the four-year ECSMOKE study which is currently under way, and being run by Dr Berlin on behalf of Paris University Hospital group AP-HP. ECSMOKE is studying cessation methods, including medical treatments, unlike the English study which only examined cessation methods. The preliminary results are not expected for at least two years.

But the point is this: if you choose vaping, you are at least twice more likely to succeed than if you use any other nicotine substitute.