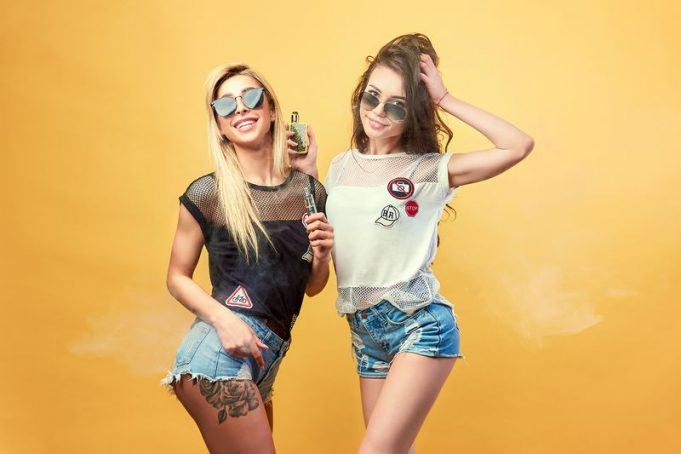 The 2022 National Youth Tobacco Survey (NYTS), an annual survey conducted by the Food and Drug Administration (FDA) and the Centers for Disease Control and Prevention (CDC), indicates that teenagers across the United States are vaping much more.

Or, that is what headlines and public health interests say. Just recently, the editorial board for The Washington Post published a column calling teen vaping still a very serious public health crisis.

Unfortunately, the editorial is still nothing more than a scare tactic that will latch into the fears of politicians and parents.

I couldn’t agree more with the sentiment of the Post. However, the policy remedies that the editorial recommend is yet another round of aggressive regulating and legislating to close out all loopholes in the existing legal regime governing e-cigarettes.

“Vaping offers a less toxic alternative to regular cigarettes for older smokers seeking to kick the habit,” via the Post editorial.

“At the same time, these products can quickly hook young people because of their convenience, range of flavors, and nicotine levels,” pointing to regulatory and industry-shared concerns.

Unfortunately, the editorial is still nothing more than a scare tactic that will latch into the fears of politicians and parents. It might be helpful to put these numbers and claims in context.

While it isn’t ideal that youth under a certain age use tobacco products, the impact of increased nicotine use among teens has a direct impact on how adult users of nicotine products are treated.

It’s a ripple effect that is amplified by a total accounting of direct and indirect costs to public health among younger Americans.

Earlier in October, the FDA and CDC released noteworthy data from the self-administered, cross-sectional, school-based survey.

NYTS measures tobacco use among middle and high school-aged students with the current edition of the study based on data from the timeframe of January to May 2022. According to the survey, 14.1 percent of U.S. high school students and 3.3 percent of middle school students self-reported having used an e-cigarette or electronic nicotine delivery device at least once in the last 30 days of when the survey was administered to these students.

Such data is alarming, without a doubt. But, one of the most important characteristics of this data is how low these numbers are compared to NYTS data from a few years ago. Overall, the rate of vaping among high schoolers for 2022, 14.1 percent, is an improvement from the 19.6 percent of high schoolers reporting e-cigarette use in the previous month in the 2020 NYTS survey.

2019 NYTS data shows that past-30-day vaping rates among high schoolers peaked at a whopping 27.5 percent and 10.6 percent among middle schoolers. This period was the “peak” of the youth vaping epidemic that was declared by former FDA commissioner Scott Gottlieb and former Surgeon General Jerome Adams. As a reminder, Adams and Gottlieb were public health political appointments of President Trump and are both Republicans.

One of the most important characteristics of this data is how low these numbers are compared to NYTS data from a few years ago.

2020 was the last time that NYTS was conducted fully and to completion right after the minimum legal sales age was lifted from 18 years to 21 years, via legislation signed into law by former and controversial Republican President Donald J. Trump.

NYTS, as was other risk behavior surveys, was interrupted and delayed by the impacts of the global Covid-19 pandemic. With schools closed for much of the school year, NYTS data was limited. Vaping rates among youth and adults did decline during the pandemic due to claims that contracting Covid-19, smoking, and vaping is somehow connected to infection rates.

NYTS data in 2021 is lower compared to 2022 data. However, this is due to the survey changing the survey methodology changing to permit students to submit responses over the internet.

Keller & Heckman referred to a Food and Drug Administration notice on the 2021 data that “due to changes in methodology, including differences in survey administration and data collection procedures in recent years due to the COVID-19 pandemic, the ability to compare estimates from 2022 with those from prior NYTS waves is limited; differences between estimates might be due to changes in methodology, actual behavior, or both.”

Regardless of which data set you choose to use, the decrease is apparent. Prohibition policies and public-shaming strategies that are hallmarks of behavior-changing public health policy have worked. At the cost of vaping rights for those aged 18 years to 20 years, the change in the minimum legal sales age to 21 years has provided further distance in age between those who vaped the most and those who were responsible for illegal distribution.

NYTS data in 2021 is lower compared to 2022 data. However, this is due to the survey changing the survey methodology.

The partial flavor ban on closed-system vaping devices and the crackdown on synthetic nicotine manufacturing and sales by the current Congress and President Joe Biden have netted further limitations in vaping use among youth and younger adults.

Outlined by the FDA’s round of enforcement actions from this year, disposable vaping manufacturer PuffBar was ordered to cease and desist the sale of their line of vaping products due to illegal sales and non-compliance with the premarket tobacco applications regulatory pathway implemented by the Obama-era Tobacco Control Act of 2009. Not to mention, the PMTA pathway has gone into full force with the Center for Tobacco Products at the FDA having the legal right and mandate all deemed tobacco.

In addition to all of this, legal settlements involving Juul Labs and dozens of state attorneys general across the United States have left the opportunity for state public health and tobacco authorities to adopt youth-focused vaping and tobacco prevention programs.

What more can be done to restrict youth access? Even further regulation of adult nicotine use, especially e-cigarettes and DIY vaping, is the next option for those who still consider the youth rates of use to be too high. This will harm adult e-cigarette users.

The PMTA pathway has gone into full force with the Center for Tobacco Products at the FDA having the legal right and mandate all deemed tobacco.

The most used strategy to prevent adult tobacco use is the implementation of a so-called “sin” tax on such behaviors.

Though we’ve seen taxation related to electronic cigarettes and vaping become more centralized and uniform, the patchwork of state-to-state tobacco taxes persists translating into inequitable taxation across the board. Colorado, for example, passed the ballot measure, Proposition EE, during the 2020 general election that raised taxes on cigarettes and added an electronic cigarette provision astronomically. Tobacco giant Philip Morris reportedly endorsed the measure due to their products fearing little or no impact on the sale and availability of their premium cigarettes.

Proposition EE imposed a minimum sales price requirement on cigarettes and forced an incremental increase of the statutory cigarette tax rate to $1.80 per pack by the fiscal year 2027. This measure increased the total state-levied tax rate on cigarettes to $2.64 per pack. Proposition EE was controversial because the measure was pitched as a public health intervention presented on the back of youth vaping hysteria propagated by the state and the federal government. While the proposition has had nominal impacts and has contributed directly to state tax revenues, the evidence that the tax increase worked is still inconclusive.

Sin taxes, especially on psychoactive substances packaged and sold as age-restricted consumer goods, have mixed results in impacting rates of cessation from smoking or vaping. Instead, the sin tax costs addicted individuals more. While vaping isn’t without risks, e-cigarettes are considered to be a slight, if not significant, improvement (depending on the source) over smoking. A sin tax, based on that hypothesis, is further cost-prohibitive and indirectly socially harmful to consumers looking for a non-pharmacological off-ramp from the most extreme delivery method of nicotine.

Youth shouldn’t vape. It’s good that youth initiation numbers are dropping. But, the balance for adult consumers is still lacking.