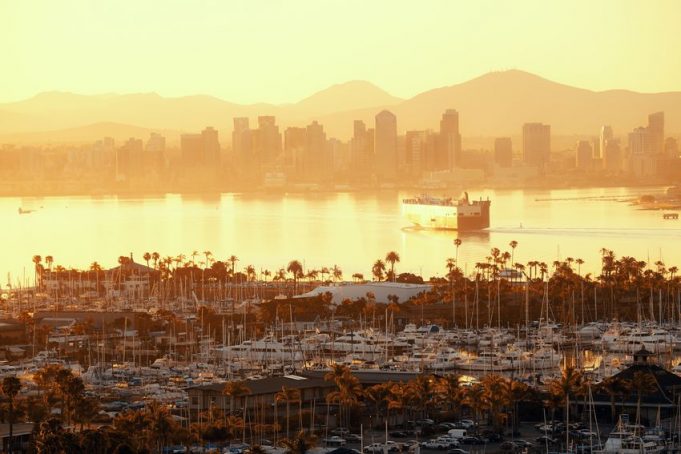 As the 2022 election draws to a close, voters in California choose to uphold a ban on flavored tobacco products.

Anti-tobacco activists have a decisive victory in their efforts to curtail youth vaping, at the expense of adult consumers who use non-combustible products like ENDS as a non-pharmaceutical off-ramp from combustible smoking, including tobacco cigarettes.

CA voters have approved Prop. 31, according to a race call from the Associated Press. The measure upholds a 2020 law that bans the sale of flavored tobacco products like e-cigarettes, smokeless tobacco and menthol cigarettes. https://t.co/Qr8dVUDmA7

Though election results haven’t been finalized at the time of this column’s writing, local news media outlets and the Associated Press have called the ballot election to adopt Proposition 31 for the supporters — the significant public health and tobacco control lobby groups, including some backed by anti-tobacco activist and billionaire philanthropist Michael R. Bloomberg. This means that the flavored tobacco ban that was implemented will remain law.

In California, voters approved Proposition 31, upholding a statewide law prohibiting the sale of most flavored tobacco products, including menthol cigarettes.

Gov. Newsom, a Democrat, signed into law Senate Bill 793 after the California state legislature successfully mustered bipartisan support to crack down on flavored electronic cigarettes and other tobacco products that the proponents of the bill allege appeal to minors. Senate Bill 793 initially banned the sale of flavored tobacco products in stores and vending machines, including a ban on menthol-flavored combustible cigarettes. The only exceptions to the ban included hookah, premium cigars, and leaf tobacco.

Public health political action committees are applauding the passage of Proposition 31 as a win against big tobacco firms.

Californians chose public health over the tobacco industry, a move that will have [a] significant impact on the number of future tobacco-related diseases, including cancer.

Knudsen cited research conducted by the American Cancer Society showing a connection between a law in Massachusetts ending the sale of menthol cigarettes and how it lowered all cigarette sales and tax revenues across the state. In anticipation of this loss of sales, Knudsen alleges, large tobacco companies initiated Proposition 31 to the ballot to delay the overall and total implementation of Senate Bill 793. They were successful in doing just that. However, the result of this advocacy is a total net loss.

“But Californians chose public health over the tobacco industry, a move that will have [a] significant impact on the number of future tobacco-related diseases, including cancer,” Knudsen said. “We look forward to ensuring the statewide law, which was passed in 2020, is effectively implemented immediately.” Campaign finance disclosures for the no and yes campaigns for Proposition 31 show that the public health and tobacco control advocacy groups who worked to retain Senate Bill 793 spent tens of millions of dollars.

The major contributors to the Yes on Prop 31 campaign include affiliates and firms linked to Michael R. Bloomberg and others.

Here is a breakdown of funding from the public health groups, Yes on Prop 31:

Tobacco firms representing the industry were heavily outspent by public health advocacy groups, as reflected in the election results.

POLITICO reported on November 4 that the tobacco industry has spent $25 million to oppose the measure. Numbers, according to other sources and the California Secretary of State, show much less investment. Calculations POLITICO refers to likely include the number of independent expenditures outside of the No on Prop 31 campaign. (In much of the United States, especially in California, there are political committees known for spending independent expenditures in an effort to sway an election one way or another. However, the independent expenditures of funds are never tied to the actual campaigns, being that this is a violation of the law.)

The major contributors to the No on Prop 31 campaign are industry groups, including tobacco manufacturers and brands.

Here is a breakdown of funding from the tobacco industry groups, No on Prop 31:

The California Republican Party urged right-wing voters to oppose Proposition 31. Ballotpedia notes other organizations in opposition to the measure include other manufacturers and the trade group National Association of Tobacco Outlets, among other individuals.

Nonetheless, the overall success of the campaign in favor of Proposition 31 is a reflection of the power of billionaires in politics. Bloomberg has a whopping net worth of $76.8 billion.

Political campaigns backed by this major sum and the power that Bloomberg holds in national politics are a threat to the success of independent tobacco and vaping manufacturers and retailers.

These results from California show that flavored tobacco products, in particular vaping, are on their way out, unfortunately.

Upon analysis of social media, once the Associated Press called the race in favor of the public health groups, some Twitter users characterized the vote in favor of Proposition 31 as actually a vote in favor of the large tobacco companies. At Vaping Post, one of our tenants is that we believe that the true vaping industry is to remain fully and proudly independent from big tobacco firms.

Politically, the tobacco companies have sided, in one form or another, with the public health lobby in a Baptist-bootlegger’s alliance to limit the ability of smaller firms and novel nicotine products to compete in an already crowded marketplace.

These results from California show that flavored tobacco products, in particular vaping, are on their way out, unfortunately. Some of you might not like that, but it is the truth. Nicotine vaping is on a downward curve with a consolidation of the market’s remains held by the largest tobacco companies in the country and the world.

The United States is poised to have even more restrictive laws on tobacco and non-combustible products. Compared to Europe or Australia, the ongoing legislative, political, and legal setbacks for the industry will further beat down an already dying horse.

Luckily, the 2022 election has left a silver lining. While the Prop 31 political loss in California is a significant setback for the vaping community, marijuana legalization efforts this election has provided us with encouragement that vaping as an industry can survive with the liberalization and decriminalization of the drug.