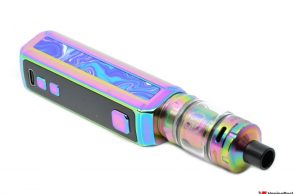 The Zeus Tank by Geekvape combines the best new features in a remarkably well-made clearomizer. Its design is elegant, like this entire range.

It has easy top filling, and you can adjust the air flow from a restrictive DL to true cloud chasing.

It renders flavour brilliantly and makes rich dense, vapour. It’s so easy to use and never leaks, even under intensive use. It’s perfect. 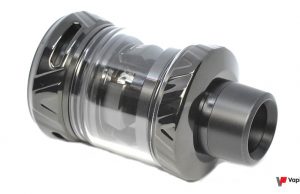 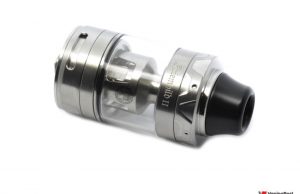 Direct inhalation involves breathing the vapour directly into your lungs like breathing normally, instead of in two steps like smoking a cigarette. For direct inhalation you’ll need the right type of clearomizer, with a free enough air flow and a vape power of at least 20 or 25 W. Direct lung vaping is increasing in popularity, but as clearomizers come with so many different features, choosing one needs some research.

Direct inhalation was “invented” after MTL, which was the only option available a few years ago. It meets a specific need for vapers who find that indirect inhalation just isn’t satisfying enough. Clearomizers nowadays deliver great flavours, dense vapour and a lot of pleasure at moderate to high vape powers.

What is direct inhalation?

Neither method is any worse than the other when it comes to tobacco, and neither’s any better than the other with e-cigarettes. It really is a matter of personal preference, so whichever one stops you reaching for a cigarette is the right one for you.

People often say that the best way to switch to e-cigarettes is to use an indirect inhalation clearomizer, because it feels the closest to smoking a cigarette. While that may be true for most users, it doesn’t mean it will be the case for you. Even if it’s statistically true, you’re no statistic. You may even be one of the actually quite regular exceptions.

Whether you use MTL, or direct inhalation, has little to do with quitting or when you started vaping, but it’s not uncommon for users who start with indirect inhalation to switch to direct inhalation. Maybe you’ll want to change from one to the other. Be open to switching or growing into the other method if it helps you to keep enjoying vaping and finding satisfaction in it.

The range of direct inhalation

Direct inhalation usually uses vape powers of 20 to 200 W – that’s a very big range. At moderate powers, the air flow is open enough for direct inhalation, but is still restrictive. At higher powers, on the other hand, the air flow is almost completely free and there’s no resistance when you inhale. So the amount of vapour you make with the same e-liquid is proportional to the power you use.

There are so many different ways of vaping with this style that it’s essential you choose a clearomizer for the power level that suits you. Huge clouds can be a lot of fun, but they can also satisfy that huge, urgent craving for nicotine and sensation. There’s no reason not to have a 30 W clearomizer for every day, for example, and a 100 W one to make big clouds when you feel like it.

Are the flavours as good as with MTL?

You’ve probably read that you get the best flavour at the lowest powers. Traditionally, only MTL is considered to deliver the best flavours, followed by mid-range clearomizers around 20-30W. Vapes that make huge clouds but deliver bland, vague flavours come in last place.

That may have been true a few years ago, but not anymore. Clearomizers have made incredible progress in recent years and can now deliver excellent flavour even at the highest powers. Mesh coils, i.e. coils made from metal mesh, are especially good at high power.

The downsides of direct inhalation

There are, however, certain downsides to direct inhalation compared to MTL that we can’t ignore. Since they use more power, the coils reduce battery life. You need to consider this when you choose a box. Opt for a box with a big battery or one with batteries you can replace.

Making more vapour also means you use more liquid. That’s something to think about for your vaping budget, so you might choose liquids sold in bigger packs, or even get into DIY. There are always ways of making vaping far cheaper than combustible cigarettes, so nobody can argue against vaping on the basis of cost.

How much does a direct inhalation clearomizer cost?

You should expect to pay between 15 and 40 Euro on average for a direct inhalation clearomizer.

What is the best clearomizer for direct inhalation?

Following extensive testing by the experts on our editorial staff, the best vape of the moment has to be the brilliant Zeus Tank by Geekvape.

How do I choose the tank size for my direct inhalation clearomizer?

Can I use any e-liquid with my direct inhalation clearomizer?

Yes, your direct inhalation clearomizer should be able to handle any type of e-cigarette liquid.

I can see the letters DL beside the name of my clearomizer. What do they mean?

What power should I use to vape with my direct inhalation clearomizer?

Please check the power range specified by the manufacturer of your coil.

Can I use my own battery with a direct inhalation clearomizer?

Yes, direct inhalation clearomizers all come with a standard 510 connector pin, so they’ll all work perfectly with your current box.

How do I choose the coils for my direct inhalation clearomizer?

The manufacturer of your clearomizer also produces coils for the clearomizer to work, of course. Check that your model has the right specifications to use the coils you’re interested in.

Can I make my own coils for my direct inhalation clearomizer?

No, you can’t make coils for a clearomizer. This is only possible with rebuildable atomizers and drippers.

When should I change the coil in my direct inhalation clearomizer?

If you notice any change in the flavour of your e-liquid, it’s time to change the coil. Another sign is any difference in the amount of vapour your e-cigarette is making, compared to usual.