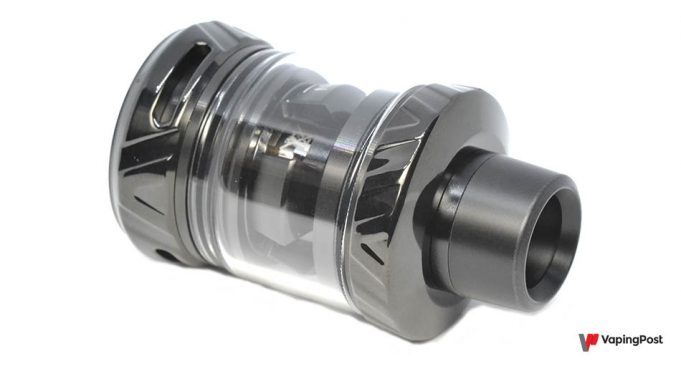 Uwell’s Crown 5 is a nice surprise for fans of direct to lung clearomizers. It delivers excellent flavours and is easy to use. The only downside is that the tank is too small.

You don’t really hear much about the Crown 5, unlike other products. Yet beneath its basic appearance, it delivers excellent vapour between 50 and 70W and proves to be really good at producing rich flavours. A product worth discovering. 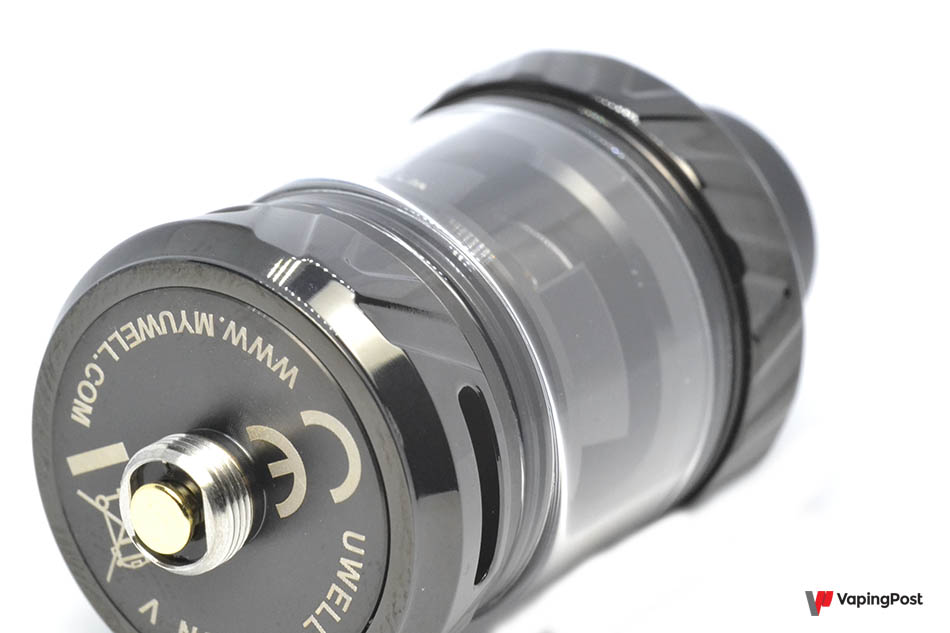 The Crown 5 is something a bit different. Its base is not very wide but its external diameter then swells out with an airflow adjustment ring slightly more than 26mm in diameter. Engravings at the bottom and on the top of the clearomizer break up the classic lines of this type of equipment. It’s rather well-done and looks good. 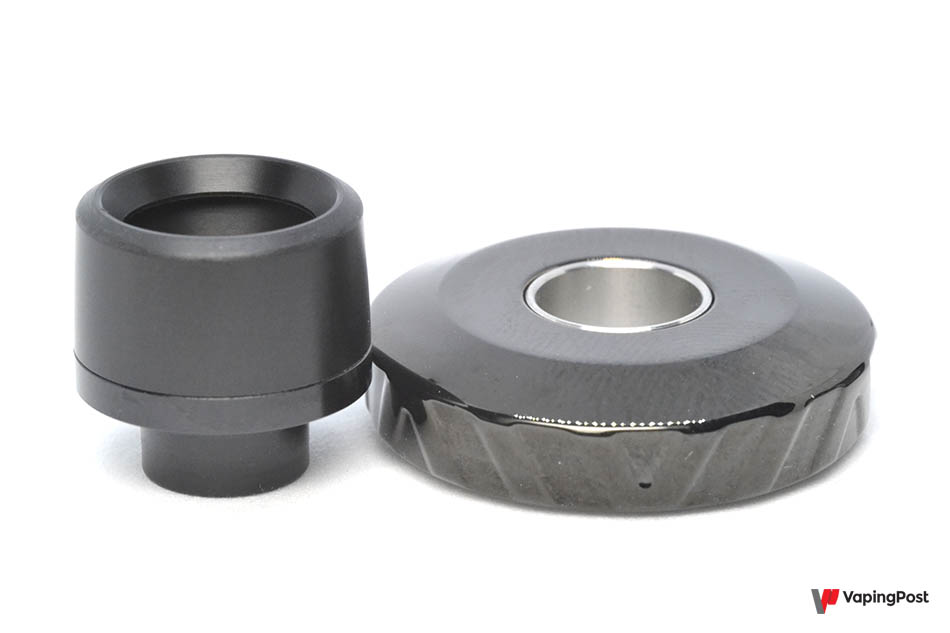 The top of the clearomizer (top cap) has an original feature. There is a spring-mounted metal part inside. To fill the Crown 5, you have to press the top cap and at the same time unscrew by a quarter of a turn to access the filling hole. In itself, it’s a good concept, avoiding accidental opening that can happen with slide systems. At first sight, this type of opening/closing is a bit surprising, but you quite quickly get used to it. However, you need to make sure that you hold the tank rather than the base of the atomizer when doing so to avoid opening the clearomizer. It’s not very complicated and, once mastered, it soon becomes second nature.

The drip tip is wide and vaping with it feels similar to the 810 format adapted for direct to lung. However the drip tip is really a 510 format. 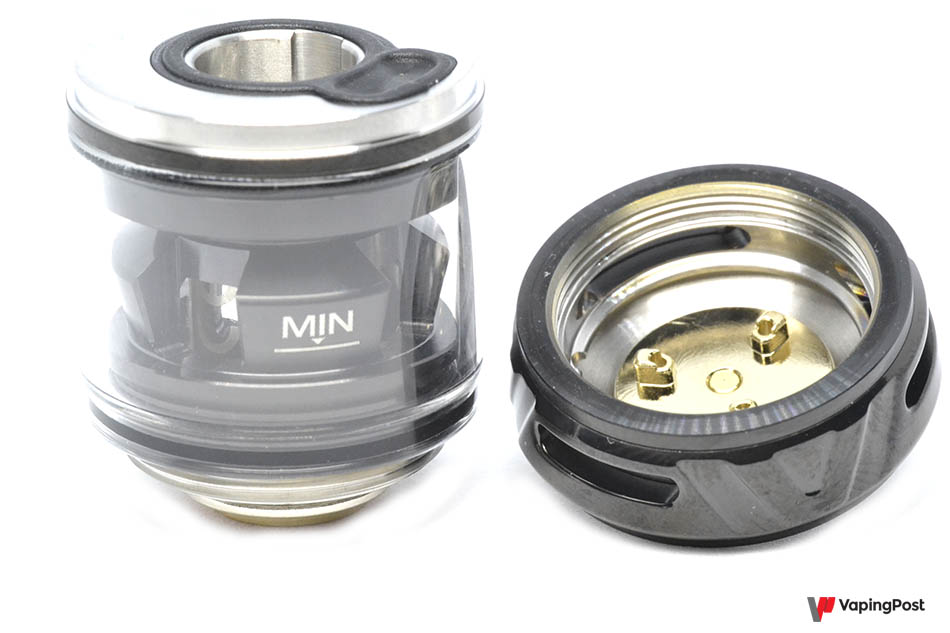 On a standard clearomizer, the compartment containing the resistance coil, which slides out downwards, is opened by unscrewing the base. The tank can also be removed for thorough cleaning or in case of breakage. The only negative point here is the tank itself. It will only take 2ml of liquid and not a drop more. That’s not much for equipment designed for direct to lung using over 50W and it needs topping up frequently.

A second tank is provided in the Crown 5 box, but contains exactly the same volume. We would have liked a bubble glass type tank with a greater capacity, especially as this tank exists but as an option. We strongly advise buying it for user comfort worthy of the name. 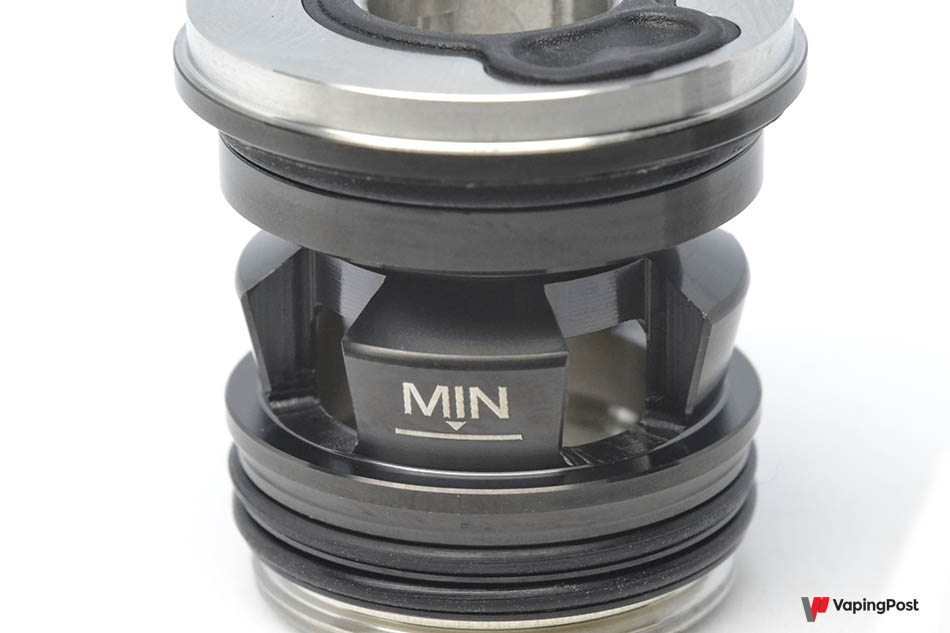 Once the tank is removed, a sort of metal cage can be seen in the middle which houses the resistance coil. The machining is done to a good standard and as a whole inspires confidence. The tank is held between the base of the Crown 5 and the top cap. Two lower O-rings and an upper O-ring hold the tank in place and guarantee excellent sealing. 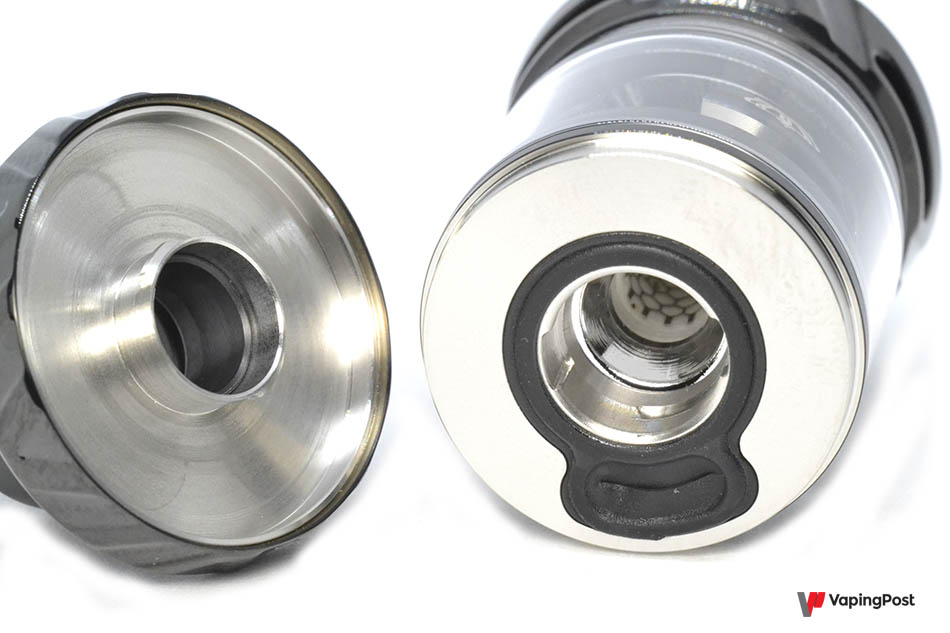 The e-liquid filling hole is fitted with a silicon cover with a slot. This guarantees it won’t leak even when the clearomizer is upside down. Most bottle nozzles fit, although the largest ones should be avoided. 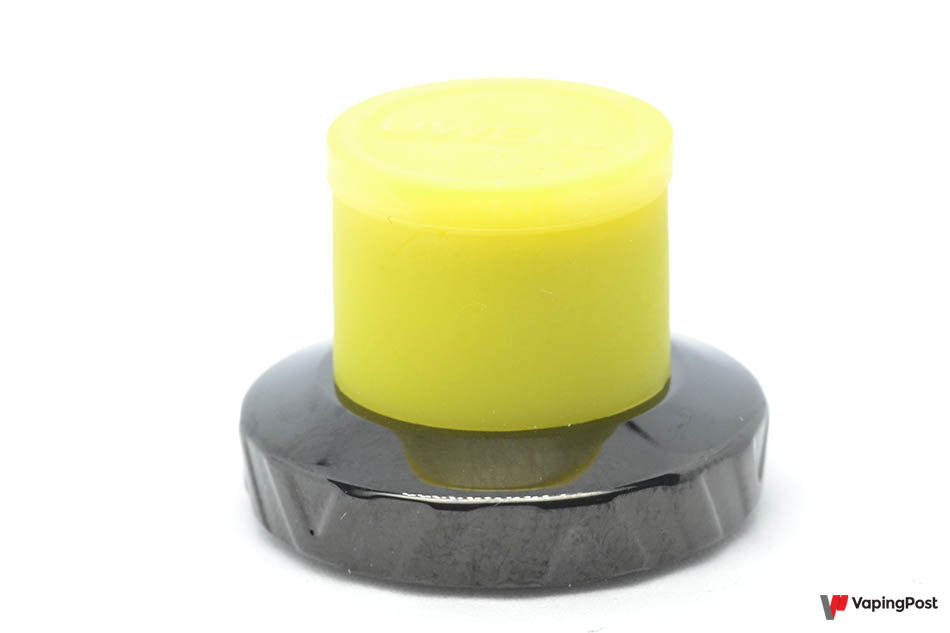 Uwell has adopted the habit of providing mouthpiece covers with its clearomizers. This is a good idea, especially for carrying it in a bag or pocket. Its bright colour avoids it getting lost too easily. It only just stays in place on the drip tip. It’s doubtful whether it will last long. 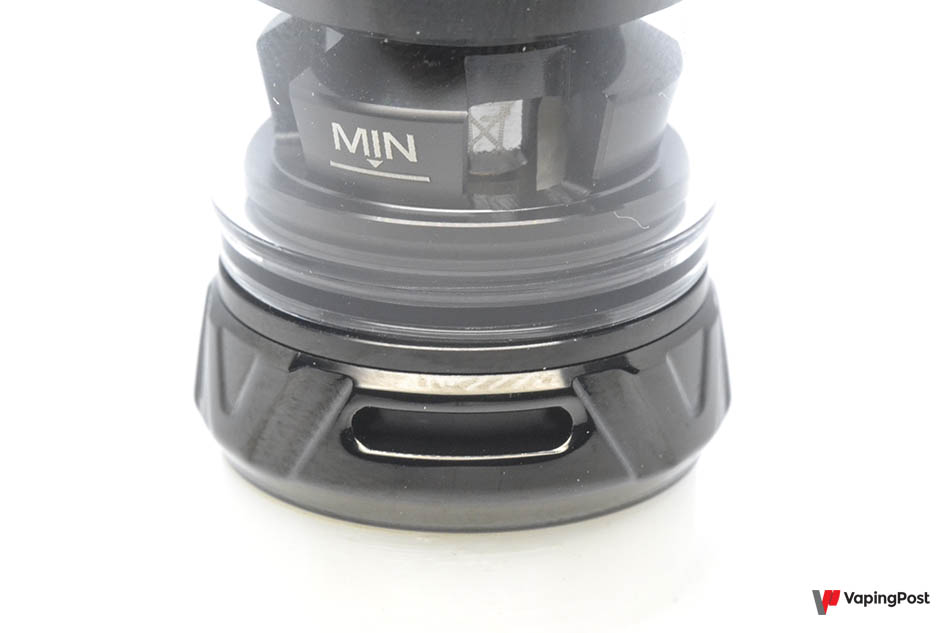 The airflow adjustment ring is positioned at the bottom of the Crown 5. It is easy to rotate, and is not too loose or too tight, no matter which mod you use. Two large air holes opposite each other cool the resistance coil positioned in the centre of the clearomizer. Air flow fluctuation is efficient and the amount of air can be restricted or significantly increased. 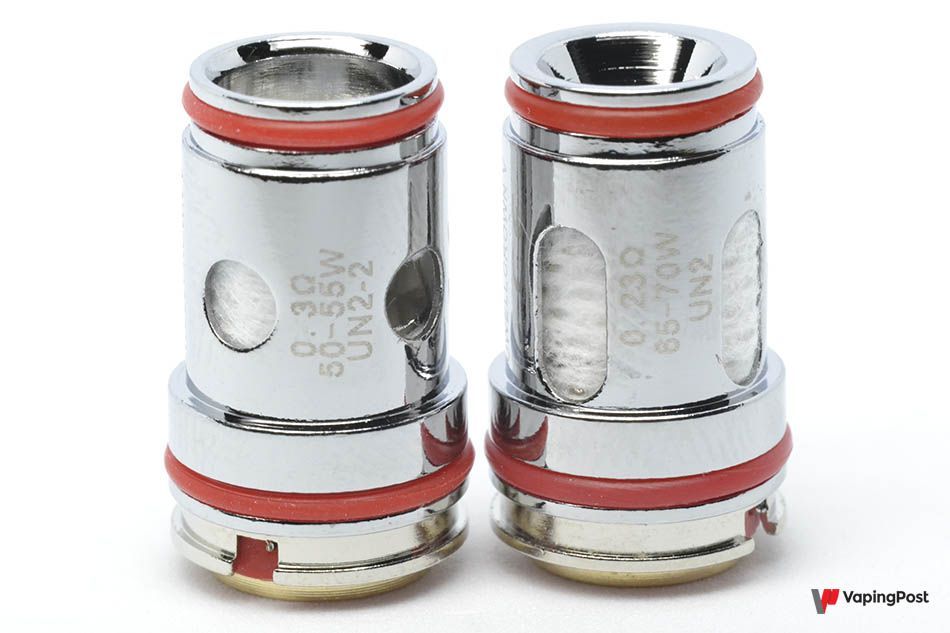 The flavours are excellent and vapour production is consistent with the values of the resistance coils. The vapour is dense and full of flavour, no matter which juice is used. This is a really nice surprise. In our tests, the 0.3ohm resistance coil performed better in terms of aromatic concentration. The UN2 at 0.23ohm also delivered very good flavours, but it is better to apply a small airflow restriction to optimise flavour production.

Another plus point is that we didn’t notice any leaks or seepage during our tests. The Crown 5 accepts liquids with 70% VG and 30% PG without turning a hair and always keeps pace, even with successive inhalations.