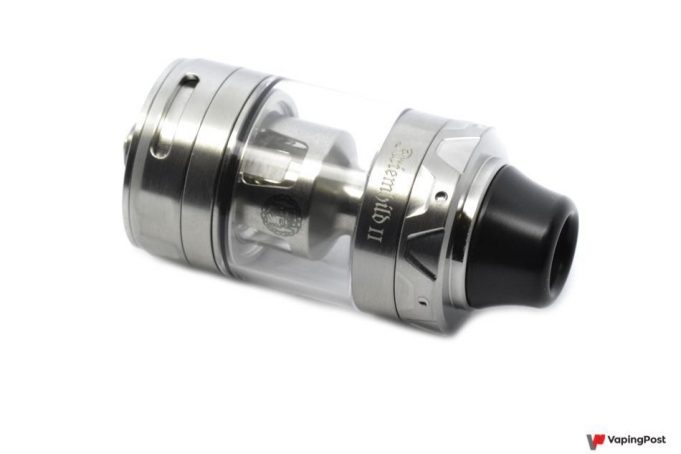 After the success of their first Kriemhild, Vapefly is back with an updated version, the Kriemhild II. For this new sub-ohm clearomizer the brand has decided to change everything. However, it’s not all good.

Vapefly has completely redesigned the Kriemhild II. The design, resistance coils and filling system have all been changed and are now more traditional. In the process, Vapefly also seems to have forgotten a few of the basics in this clearomizer, which is top quality, nevertheless.

A clearomizer with a classic shape

The Kriemhild II has changed a lot since its first version. Gone is the tank almost hidden behind a cover and the top cap that slides backwards. This second version is more classic in shape.

On the top we have a wide bore 810 drip tip like the first version, mounted on a top cap with the crenelated design of the Siegfried. This seems to be the new hallmark of clearomizers produced by the German 103 and Vapefly partnership. It looks good and makes turning it easier. 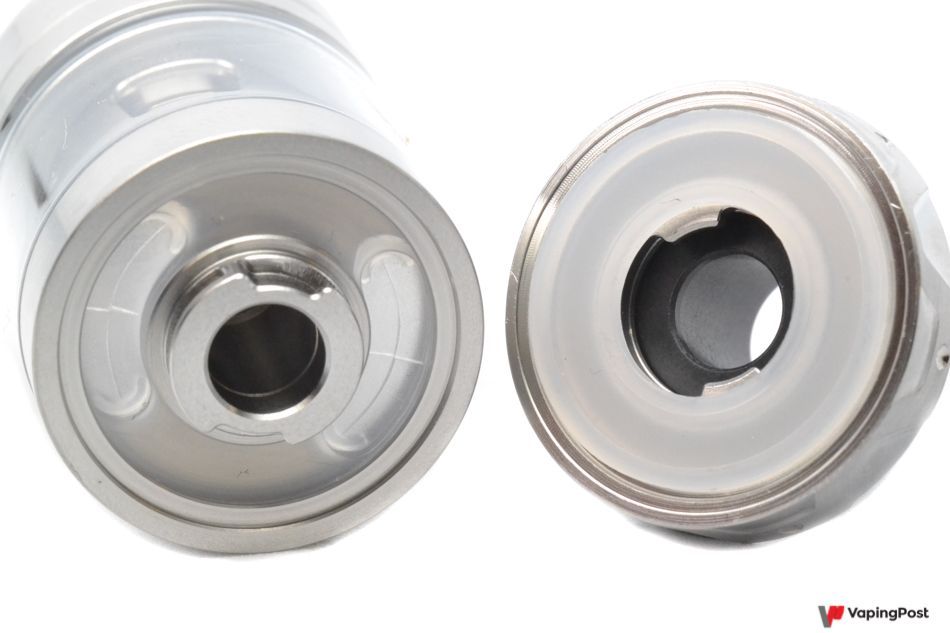 The top cap turns through a quarter turn to remove it and reveal two filling holes protected by a strip of silicon. This type of system requires the use of fine nozzles on the liquid bottles, which can be inconvenient. 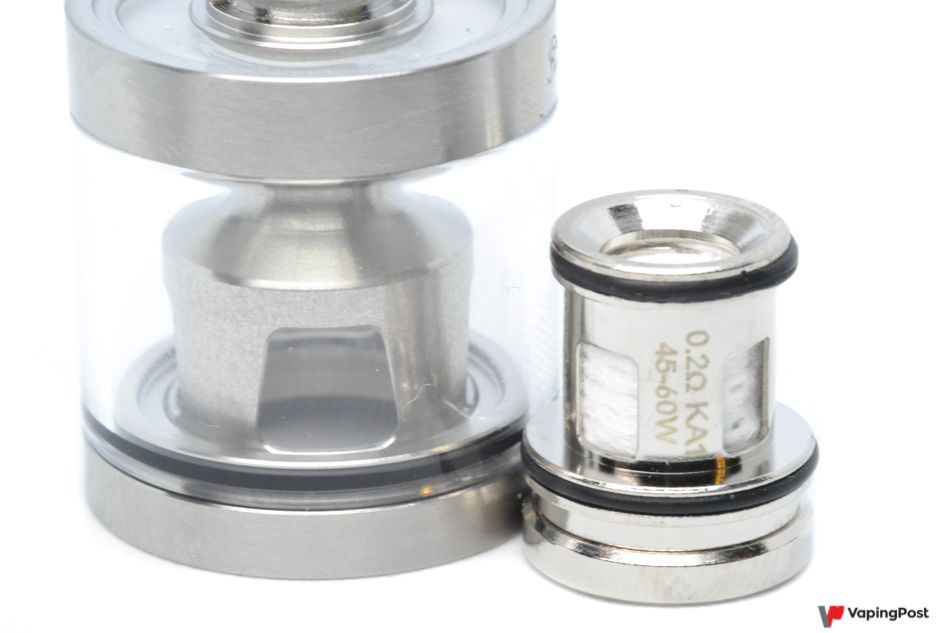 Next comes the tank, which can contain 4ml of liquid in its straight version. A Pyrex bubble glass is provided in the box and increases the capacity to 5ml. That’s a reasonable amount without being a strong point. There is also a War version of the Kriemhild which has a partially hidden tank. 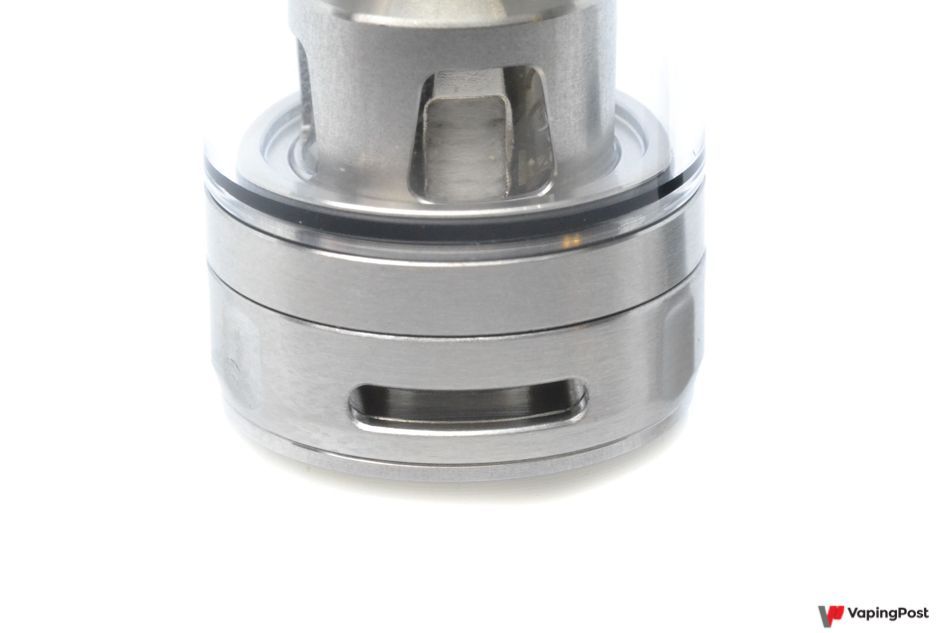 Under the tank are two large airflow slots which provide the resistance coil with an impressive airflow to produce bigger clouds. Make sure you close the airflow when filling to avoid leaks. 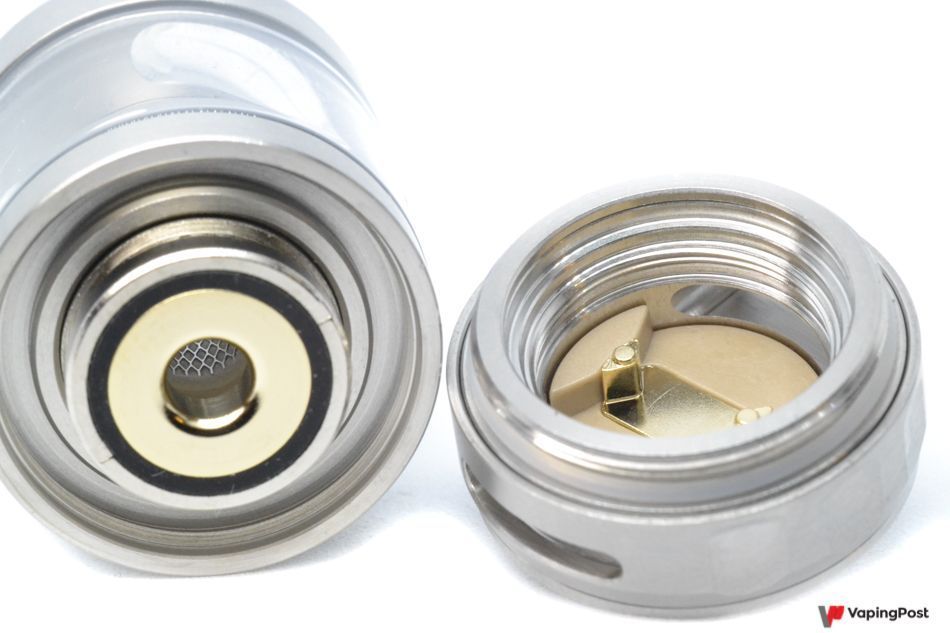 The coil is pushed in from the bottom as far as it will go and is held in place by the O-rings. The system is simple and functional. 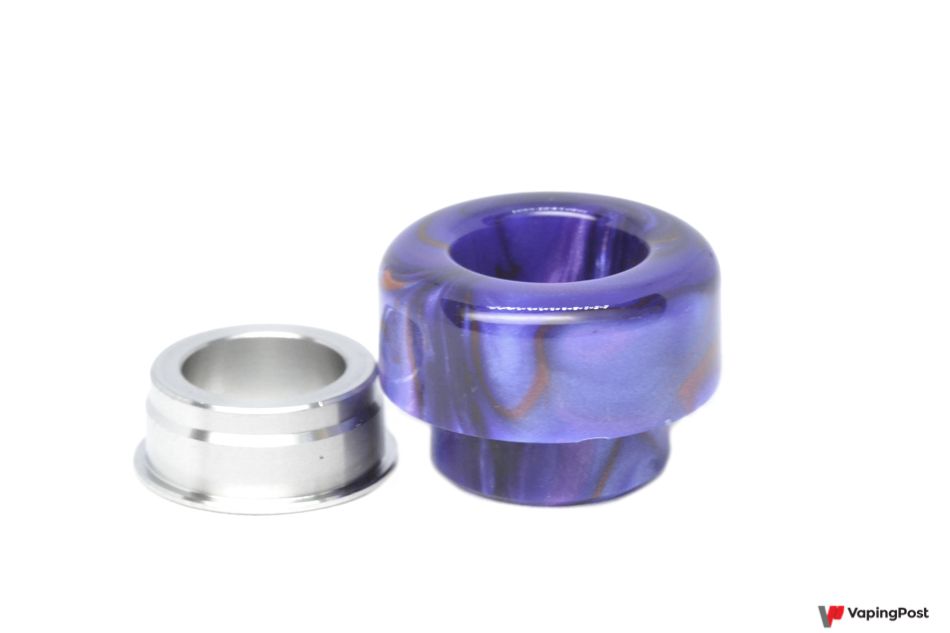 The assembly is perfectly machined, well-designed and feels reliable. Vapefly also provides a classic 810 drip tip and a 510 adapter, which is handy. 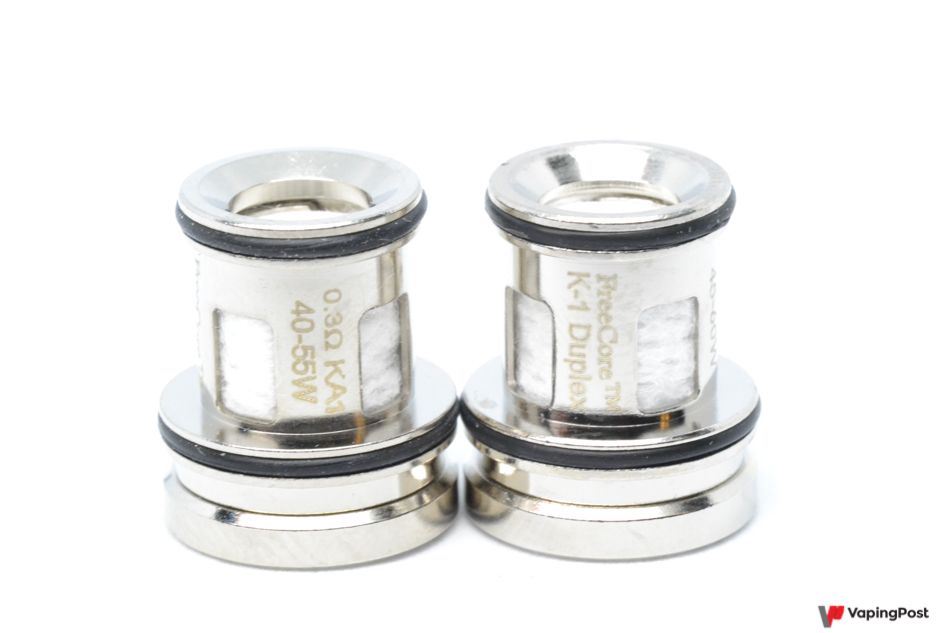 The box includes two coils from the brand’s K range. The first is 0.2ohm. A power range from 45 to 60W is possible and the coil provides a massive vapour volume along with interesting flavours. The second is 0.3ohm for use between 45 and 55W.  This second coil gives a less airy vape but is particularly precise with the flavours. The concept of the Vapefly K coils is that a third pin has been added to the mesh to spread the heat over the whole coil. This works really well and produces astonishing flavours.

On the down side, these coils have an annoying flaw. They are quite noisy. When you inhale, the clearomizer whistles quite loudly. However, the quality of the coil in terms of flavour offsets this disadvantage.

Another recurring problem is that the clearomizer has a tendency to seep between the base and the tank, even when not filling with liquid. This is negative in the long term for a clearomizer which without these two disadvantages, would be close to perfection.