Every e-cigarette battery that explodes is widely reported by the media, harming the image of e-cigarettes, and giving rise to fear and misinformation about their potential technical hazards among the general public. Below you will find everything you needed to know about this extremely rare phenomenon, and how to prevent it with some simple precautions.

No battery is completely safe 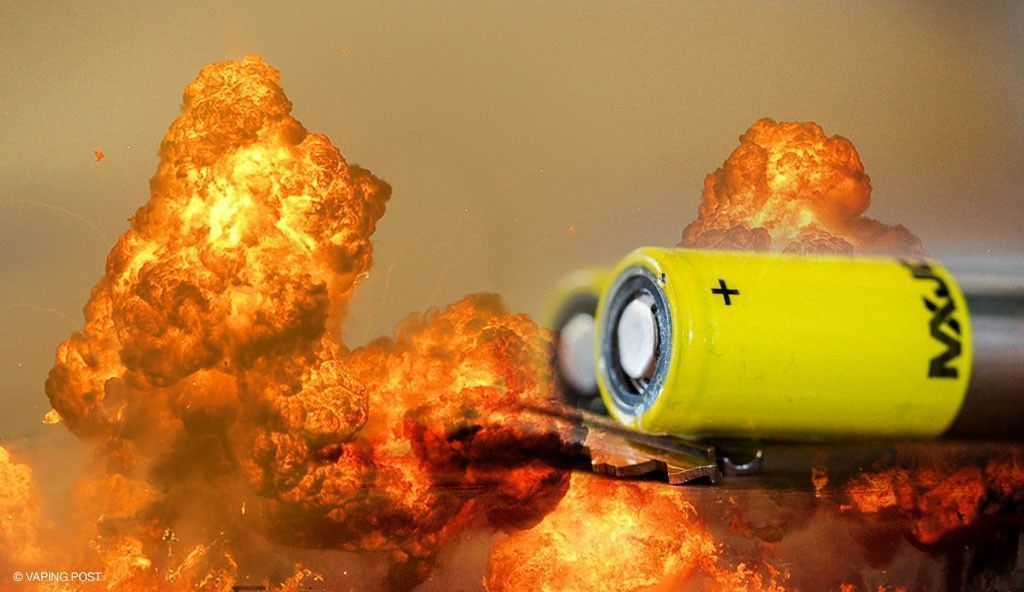 It’s a hot topic in the media, and that’s to be expected

The media sensationally report every incident or accident involving e-cigarettes, and that’s to be expected. It is at least to be expected in the current media landscape. E-cigarettes are all the rage, and generating a lot of interest because over 7 million Europeans have quit tobacco painlessly using this method. An article entitled “99.9998% of e-cigarettes work really well” would not be of interest to anyone, because that would quite rightly be expected. However, the headline “E-cigarette explodes and creates panic in airport” has enough appeal to make the evening news.

Pushing the analysis even further, it could be mentioned that an accusatory article always sells more than a positive article. Or that the same phenomenon has less of an impact on mobile phones, because they are now too embedded in our day-to-day lives to fundamentally call them into question, unlike e-cigarettes. Or finally that, in the case of e-cigarettes, this adds another layer of doubt that is already promoted widely by some media. But you get the idea.

The paradox is that the story sells because it is extraordinary. And as it is extraordinary, it is blown out of all proportion in the media, making the headline news. This is bound to cause doubt to set in, as it is seen all over the media, hammering home the fact that e-cigarettes can explode, while disregarding the fact that, firstly, the same applies to any appliance using a battery, and, secondly, that the occurrence is just as rare with e-cigarettes as with any other such appliance.

To get a better idea, here are some images of a battery degassing incident that occurred in Toulouse, France, on 28 October 2016. It turned out that the individual was carrying a bare spare battery without any protection, in a pocket containing metal parts… Because the topic is more likely to set minds ablaze than trouser pockets, some perspective is needed.

Any battery has the potential to explode

The key point is that it is never the appliance itself that explodes, but the battery. There is no chance of a screen, a speaker, a keyboard or a clearomizer exploding. It is always the battery that explodes, and is the sole cause of such accidents.

And it’s a fact, any battery, whether it is in an e-cigarette, phone, laptop or cordless drill, has the potential to explode. Most computers, cordless tools and e-cigarettes with removable batteries use Li-On type storage batteries, which can explode following a malfunction when their temperature reaches around 100°C. Phones, tablets and e-cigarettes with fixed batteries use Li-Po batteries, always protected with an electronic circuit as they are much more unstable than the previous type.

In any case, an electronic fault could be enough to apply an excessive charge on the battery, causing it to overheat, potentially to its burning point where it catches fire or explodes. This can even occur in standby mode. A phone is never completely switched off, its battery is always connected to the electronics as the circuit is never cut off.

A tiny minority of batteries explode

It’s a fact that all these appliances use batteries that have the potential to explode, and yet almost none do. That’s quite nice of them, but it is above all because manufacturers of handheld appliances are aware that an explosion will quickly wreak havoc on their reputation — the Samsung S7 is a perfect example of how damaging such incidents can be. Manufacturers have broadly come to grips with protecting the electric circuit and the battery; this protection is also inexpensive to set up. Therefore, manufacturers do not engage in any penny-pinching measures in this area and, as a result, explosions are extremely rare.

How are e-cigarettes different?

E-cigarettes use the same storage batteries and the same protections as other appliances, with the exception of those using removable batteries. 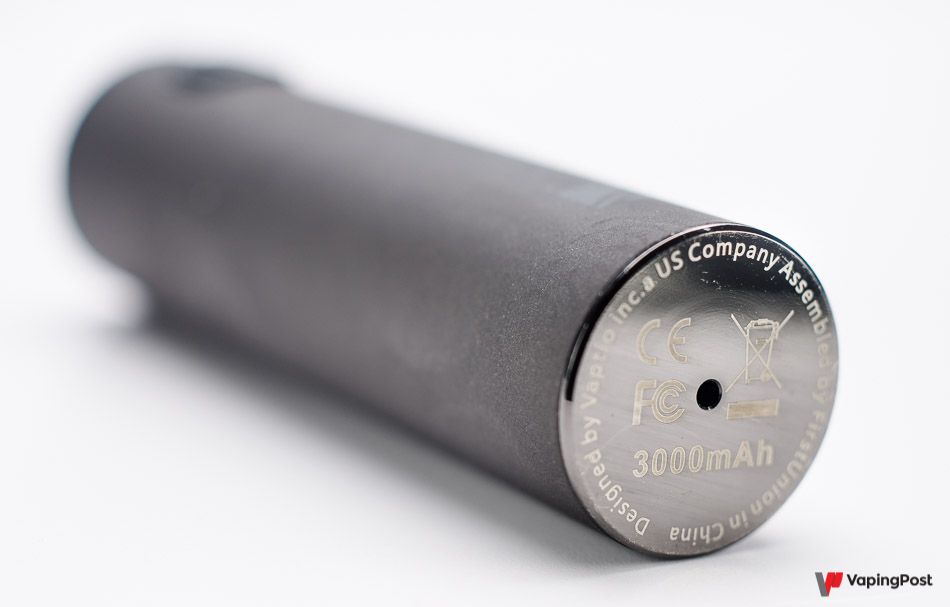 We have seen that e-cigarettes with non-removable batteries use the same Li-Po batteries as mobile phones, for example. The user has no access to them; they cannot be mishandled, as it is not possible to handle them at all. If a battery explodes, this is due to an electronic or battery fault, and there’s not much you can do about it, whatever the appliance, and fortunately this is an extremely rare occurrence. So a truly extraordinary event, among all appliances.

This technology is common to all handheld appliances, and the batteries and the protective circuits are the same in e-cigarettes. They do not explode more often than other appliances for the obvious reason that they are identical in this regard… with one exception, removable batteries. 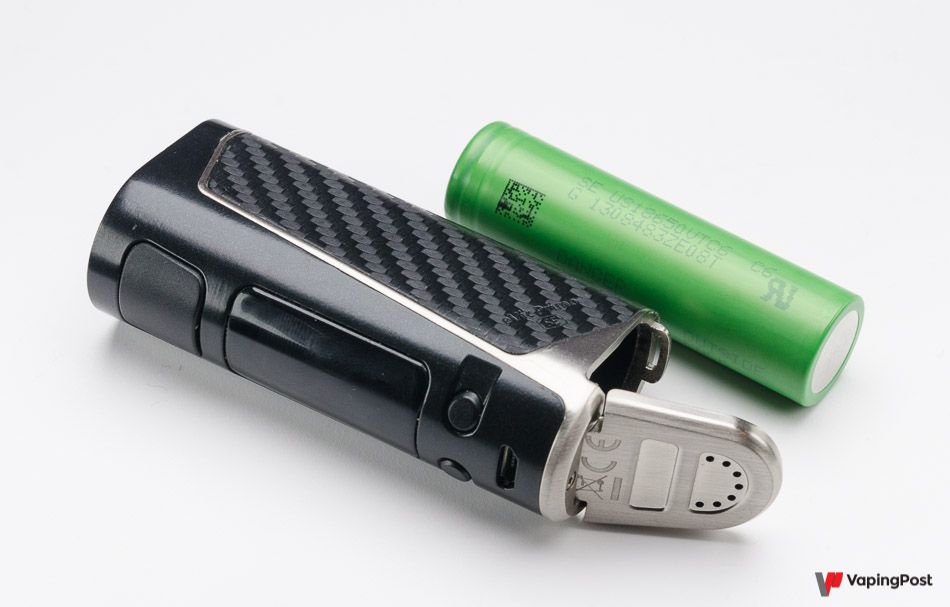 So we come to the explanation for most e-cigarette explosions — removable batteries. As for fixed batteries, it is not the appliance that explodes, but the battery. However, this time the battery can be replaced, charged on an external charger, removed from the appliance, and carried separately.

All e-cigarettes with removable batteries use Li-On batteries, generally in 18650 format (18mm in diameter and 65 mm in height). These batteries were not specifically developed for vaping, which only represents a tiny market for them! They are used to power laptop computers and electric vehicles, cordless tools, among innumerable applications… the safety of which is never called into question, and rightly so.

Li-On batteries are much more stable than phone Li-Po batteries. They are more resistant to high operating temperatures, and are less sensitive to shocks. On the other hand, they are intended to be used in sealed packs, i.e. stuck together and integrated in a box. The battery in a cordless drill or laptop computer consists of several 18650 batteries stuck together in a sealed plastic wrapping. The user has access to the battery, but not to each storage battery separately. Except with e-cigarettes with removable batteries, the storage battery is used on its own, as is, in the same way as you would use a cell battery.

Except for the minor detail that a 18650 contains much, much more power than a cell battery. And if you carry it in your pocket with keys or change, or in your suitcase with nail clippers or any metal part, a short-circuit can occur. Metal parts act as a contact between the two poles of the storage battery, causing a massive discharge and immediate overheating of the battery, which reaches its burning point in a matter of seconds and explodes. 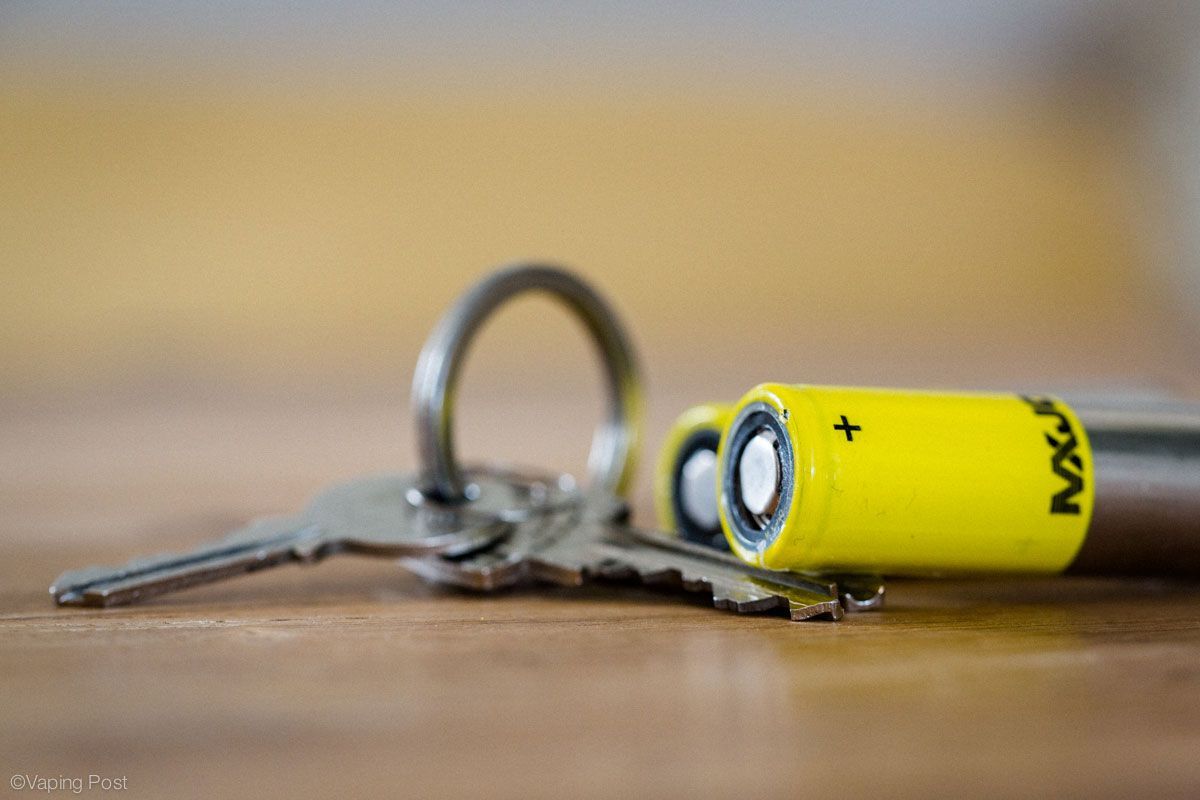 The e-cigarette has nothing to do with it, and such accidents are not even caused by improper battery use, but improper transport. For all that, the user is not necessarily to blame if they have not been informed. Not everyone would spontaneously think of such a risk and see the potential danger of a large battery. As for most household accidents, the consequences of a lack of knowledge, carelessness or mere forgetfulness are far from merely anecdotal. And also as for most household accidents, such accidents are particularly preventable.

How to prevent battery explosions

Would you like to remain among the 99.9998% of users who will never have any problems with batteries exploding? The first rule concerns the cause of almost all explosions — placing a battery in your pocket or a suitcase.

The protection in question can be a case or suitable piece of silicone. These are available in all vaping stores and online, for an outlay of not more than 2$. 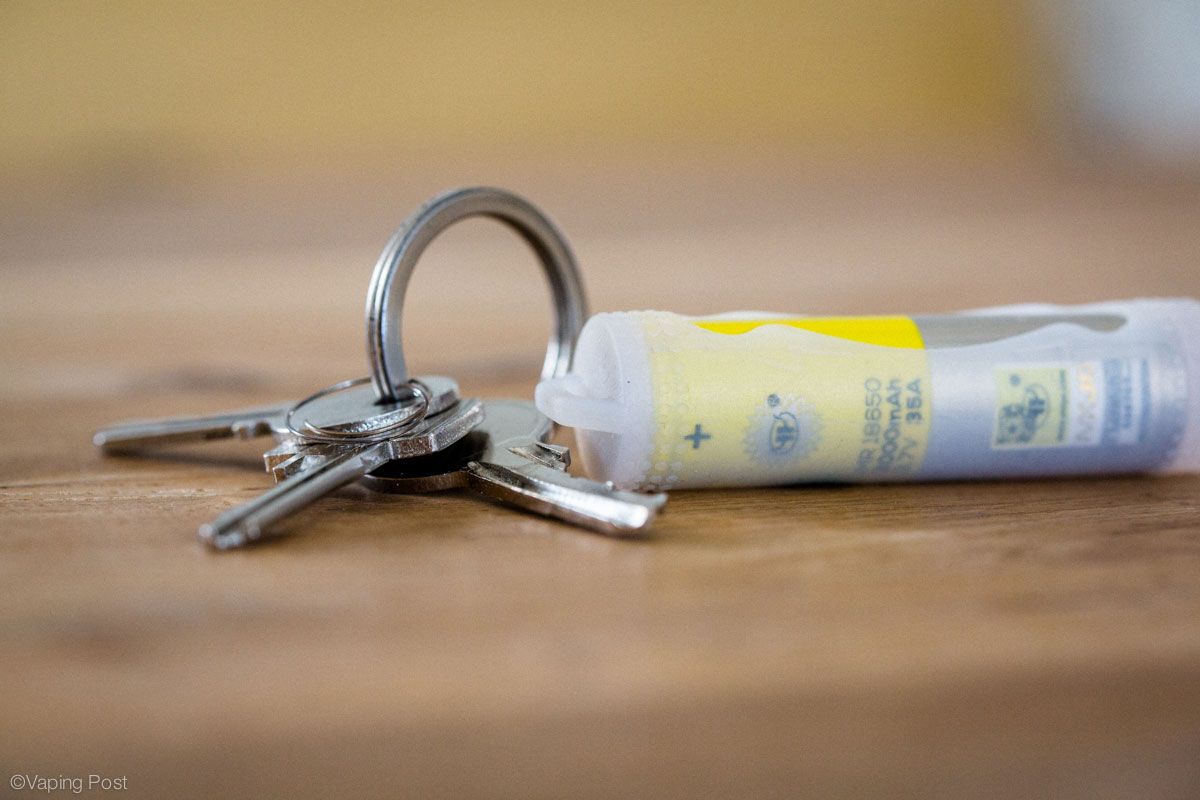 Inexpensive and highly convenient plastic protections are commercially available to protect storage batteries during transport. Here is a protection for a 18650 storage battery.

As a result, you are assured that your battery will not explode. Or at least that it is not more likely to explode than the battery in your phone. Therefore, you will be statistically more likely to be struck by lightning or win the lottery than to see your e-cigarette battery explode. And infinitely less than a smoker who has a one in two chance of dying from cigarettes. We could practically limit ourselves to this one piece of advice, such is the rarity of the other cases of explosion.  We could however offer you other advice, linked with convenience of use and safety per se. For those who would like further details, we have prepared a complete battery guide, which is just waiting to be discovered. 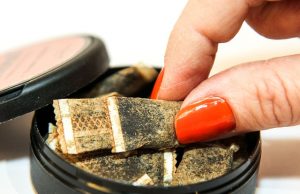 Diane Caruana - January 28, 2022 0
The EC is insistent on ignoring the strategies used by the first country which has actually already the smokefree goal it is aiming for....