Those new to vaping or curious about how vaping works often have questions about the nicotine contained in e-liquids for e-cigarettes. We asked Marie Harang-Eltz, Scientific Director at Enovap, to answer the most frequently asked questions about nicotine.

Nicotine is an organic compound naturally present in tobacco leaves. It is the primary psychoactive substance in tobacco. Tobacco can be smoked, chewed or snuffed to consume the nicotine that it contains. Native Americans had already been smoking tobacco plants for thousands of years when Christopher Columbus and his troops discovered America.

Nicotine owes its name to Ambassador Nicot who popularised tobacco by introducing it to the Europe court around 1560. The term nicotine only made its first appearance in 1823 when two scientists, Posselt and Reimann, extracted nicotine from tobacco during their in-depth studies on the plant.

The many studies conducted on nicotine since that time have highlighted its importance in tobacco addiction. Predominantly found in tobacco leaves, the substance can also be found in small amounts in some plants such as tomatoes and aubergines.

How is it manufactured?

Nicotine is extracted from tobacco leaves. The two most commonly used tobacco species are ‘Nicotiana tabacum’ and ‘Nicotiana rustica’.

The nicotine content in tobacco leaves varies between 2 and 10%, although some tobacco species can contain more.

At the present time, most nicotine production for nicotine substitutes and e-liquids is sourced from Indian tobaccos. The top nicotine manufacturer in the world, Siegfried, receives a first nicotine sulphate extraction of between 30 and 40% from India, before refining it in its Swiss factories to pharmaceutical standards by purifying it to 99.95%.

Now, one company seems to have developed a synthetic nicotine. Their aim is to get around e-liquid regulations classifying it as a tobacco product, particularly in the United States. A synthetic nicotine not sourced from tobacco could actually avoid some regulatory constraints.

What is nicotine used for?

Nicotine is the primary psychoactive substance in tobacco and is mainly used in cigarettes and other tobacco products for its recreational effects. It is also used in nicotine substitutes such as chewing gums, lozenges, and transdermal patches to help smokers quit their tobacco habit.

Nicotine is also used in some insecticides against midges, but these substances are banned in some countries due to their negative impact on the environment.

Is nicotine hazardous for your health?

However, consuming nicotine alone (with nicotine substitutes or a personal vaping device) remains significantly less harmful for these groups than cigarettes.

To die from nicotine, an adult would need to ingest 2.5 bottles of e-liquids at the maximum permitted concentration in Europe. Nicotine is hazardous at very high doses and can be lethal in some cases. However, these lethal doses of nicotine need to be put into context, as the media have been prone to some scaremongering in this regard.

According to Dr Bernd Mayer, of the Institute of Pharmaceutical Sciences of the University of Graz in Austria, an adult would need to ingest on average over 0.5g of nicotine for the nicotine to be lethal. To put this figure into perspective, in Europe, a bottle of e-liquid currently contains no more than 20mg/mL – so to die from a nicotine overdose, an adult would need to ingest 2.5 bottles of e-liquids at the maximum permitted concentration in Europe.

However, it should be noted that in the early days of personal vaping devices, poison control centres saw an increase in cases of nicotine poisoning, particularly in children and animals, so vigilance remains a priority. This problem was solved thanks to the child-proofing measures stipulated by the European Tobacco Products Directive. In addition, it is recommended to keep e-liquids out of the reach of children.

A large number of studies tend to show that nicotine is addictive. However, the level of addiction appears to depend on the mode of administration.

When nicotine reaches the brain, it binds with cholinergic receptors, promoting the release of certain neurotransmitters, such as dopamine which is known to be mood-enhancing.

Nicotine intake is known to improve concentration, performance, response times, etc. Some of these effects are accentuated by relief from symptoms associated with nicotine cravings such as anxiety, depression, irritability. Once satisfied, the cravings can be replaced by a sense of well-being and improved mood. Nicotine addiction is linked with the user constantly seeking to recreate the sense of well-being triggered by dopamine and the prevention of these cravings.

However, cigarette addiction is complex, and nicotine is far from being the only substance responsible. Cigarette smoke contains approximately 5000 compounds, some of which would appear to increase the addictive potential of cigarettes through action on specific enzymes, monoamine oxidases (MAOs).

MAOs play a role in the degradation of certain neurotransmitters such as dopamine. Some substances present in tobacco such as norharman inhibit MAO activity. This would help stimulate dopamine release further, and intensify the addiction associated with tobacco use.

A study in the United States recently demonstrated that vapers are less dependent on personal vaping devices than smokers are on cigarettes. Moreover, a lexical shift can be observed in respect of the tests aimed at assessing the level of a smoker’s addiction. Some years ago, there were referred to as “nicotine addiction” tests, whereas now the terms “tobacco or cigarette addiction” tests are used.

Benowitz, who has published extensively in this field, also stresses the conditioned aspect of cigarette addiction. The habit, social context, and sensations become a routine for the smoker, associated with pleasure in their brain. Once the smoker finds themselves in a specific context, they will want to recreate this pleasurable feeling by lighting up a cigarette.

What is the role of nicotine in e-liquids?

An optimal ‘throat hit’ appears to increase satisfaction among smokers and their desire to quit tobacco use. Nicotine plays two roles in e-liquids. The first is obvious – it consists of replacing cigarettes with a less harmful source of nicotine delivery. Nicotine is used to satisfy the smoker’s withdrawal cravings. This role has been confirmed by some studies demonstrating that personal vaping devices with e-liquid containing nicotine are more effective in satisfying cravings than those with nicotine-free e-liquid.

Personal vaping devices, compared to nicotine substitutes, allow for a better imitation of the sensations associated with cigarette use. Indeed, with personal vaping devices, nicotine will also help recreate what is known as a ‘throat hit’, a tingling sensation in the throat felt by smokers when smoking a cigarette. This sensation is due the deposition of nicotine on the trigeminal nerves located in the back of the throat.

The throat hit is specific to each individual and must be strong enough for the smoker to feel a slight tingling resembling the effect created by cigarettes and not give the impression of inhaling air. However, it should not be so strong as to cause coughing. Studies have shown that an optimal ‘throat hit’ appears to increase satisfaction among smokers and their desire to quit tobacco use. The nicotine concentration helps control this ‘throat hit’ sensation.

Should vapers lower their nicotine levels?

Then, if they feel able, they can try to gradually lower their consumption. However, they should not hesitate to increase the nicotine concentration again if they experience more cravings – the key objective is to avoid them starting smoking again.

However, some studies show that nicotine can encourage cell growth and survival. It is therefore plausible that it could impact the onset of some cancers. However, based on the safety profile studies of the Swedish cold tobacco product Snus (smokeless nicotine source), scientists have rated the carcinogenic risk of nicotine as low.

One thing is certain, nicotine intake alone is incomparably less likely to cause cancer than tobacco use.

Is a nicotine overdose something to be concerned about?

A distinction should be made between an acute nicotine overdose caused by the accidental oral or cutaneous administration of nicotine and the effect of an overdose in smokers/vapers who have their nicotine intake “under control”. Smokers are aware of their nicotine needs as they manage these needs with cigarettes. There may be a transition period in which they will learn to manage their needs with a personal vaping device.

This re-regulation is a quite natural process as, if excessive nicotine is consumed, symptoms such as palpitations, nausea, and headaches occur, somewhat similar to excessive caffeine intake, and the user will spontaneously adapt and lower their consumption.

It is common to see some vapers use higher nicotine doses earlier in the day when nicotine cravings are more intense, but lower their concentration in the evening to prevent overdose symptoms.

Yes, nicotine has an effect on fat metabolism – several studies have demonstrated that it may promote lipolysis. Furthermore, it can also act as an appetit suppressant, accentuating the weight loss effect during its use. This would partially explain the weight gain experienced when quitting. This theory is supported by some studies demonstrating that tobacco cessation with a personal vaping device using e-liquids containing nicotine causes no weight gain 12 months after quitting.

Does nicotine make you cough?

Coughing is more frequent when starting to use a personal vaping device, but this side effect goes away after a time. It is frequently caused by an unsuitable inhalation technique, but can also be due to an excessively high nicotine dose hitting the back of the throat during inhalation. To prevent coughing, vapers can lower their nicotine concentration or use a personal vaping device that produces less vapour or use coils with a higher resistance.

Does nicotine affect your sleep?

Though nicotine is known to affect sleep, a clear explanation for this effect is not available. A large number of studies highlight the negative impacts of nicotine intake on sleep. The stimulant effect of nicotine on certain neurotransmitters involved in sleep regulation such as dopamine and serotonin could cause sleep disorders.

Moreover, the sleep phase in smokers is a long period without nicotine which can lead to cravings. Night-time nicotine cravings result in sleep disruption and are reported by 21 to 50% of smokers. It is also known that smokers are more likely to drink alcohol and use caffeine than non-smokers. However, these habits which have a negative impact on sleep are not directly caused by nicotine intake.

Does nicotine cause tooth discolouration?

Dr Richard Holliday of the Newcastle School of Dental Sciences has demonstrated that, besides discolouring teeth, smoking causes more serious oral and dental problems such as oral cancers and gum disease. However, tooth discolouration remains one of the most obvious signs of cigarette use. Stains on teeth are located on the tooth surface. Tobacco smoke compounds adhere to the surface of the tooth, giving it this colouring. There has been little research on the relative role of the various compounds in smoke such as nicotine in tooth discolouration.

According to Dr Richard Holliday, who studies personal vaping devices and their effects on oral disease, use of these vaping devices is unlikely to be a significant cause of tooth discolouration.

A new topic in vaping, nicotine salts are starting to be used in the composition of some e-liquids. We have investigated the topic to address your queries accurately.

How do you smoke a vape? 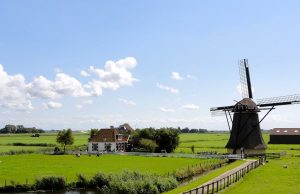