Released with the very first e-cigarette models, the cigalike, or mini e-cigarette, saw strong growth between 2003 and 2009. Smokers often find how it works and its shape appealing, but, in terms of performances, it lags behind eGo models and other later generation vaporisers. Presentation of the Cigalike, a forerunner of vaping which is still in some use.

To continue with our guides on how e-cigarettes work, we will now describe a key product in the vaping world: the cigalike. This type of e-cigarette was popularised by the first models developed by Dragonite Ltd, owned by the Chinese pharmacist, Hon Lik, who has since sold his patents to a tobacco firm. It was followed by many other specialised companies primarily based in Shenzhen in China.

The primary aim of the mini “cigalike” format, with characteristics copying those of a tobacco cigarette, is to imitate. The size, weight, colour, and even the diode at the tip create an illusion for the smoker. However, some smokers may be deterred by the reduced capacities of cigalikes, both in terms of battery life and their ability to delivery satisfactory vapour. Annoyingly, mini e-cigarettes, as they were known a few years ago, tend to run out of battery very quickly and overheat when puffs are too close together. The mediocre experience can result in smokers alternating this type of device with real tobacco cigarettes.

We wouldn’t go so far as to say that cigalikes drive the “dual user” phenomenon, but we would like to point out the limited capabilities of these type of device. Note that cigalikes are now primarily marketed by the tobacco industry with the United States as their main market, where they are sold in service stations and other local retail stores. Rebecca Taylor, the former UK MEP, sets out her theory in the film Beyond the Cloud according to which cigarette manufacturers very quickly became aware of how ineffective these products were in aiding smokers to quit. Marketing them in competition with more recent systems would therefore increase the likelihood of consumers taking up tobacco again.

Explanatory diagram of a cigalike Cigalikes offer simplified use with their pre-filled e-liquid cartridges that you simply need to screw onto the battery. In most models, these cartridges also contain the atomizer. The vaper can then change cartridges when they run out or to change flavour. Nevertheless, the range of flavours contained in cigalikes is often limited to tobacco or menthol flavours. Complex flavours are much more unusual.  The second point to be highlighted when using a cigalike is how you inhale.

This type of e-cigarette often comes with an “autoflow” battery, which is activated when the vaper inhales. This allows the e-cigarette to be used like a tobacco cigarette without having to press any button (switch). Finally, it is interesting to note that a coloured diode is very often placed on the tip of the battery to simulate the combustion of a tobacco cigarette. It can be red, green or blue in most cases. Cigalike batteries are generally charged via a USB port plugged into a computer or a wall socket. When the battery flashes, this indicates that it needs to be charged.

To find out more: 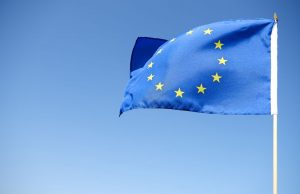