Vaping Post
Home How do you smoke a vape?

How do you smoke a vape?

So how do you smoke a vape? That’s an interesting question, and one that a lot of people are asking these days. A few years ago “vapes” – personal vaporisers, or more commonly, electronic cigarettes – were rare, and most people had never heard of them. Now “vape” is in the Oxford English Dictionary and it’s a common topic in newspapers, online discussions and even on TV. But how do you smoke a vape? Or is that the wrong question?

It’s called Vaping for a reason…

Vaping is a replacement for smoking, and a modern device can put out an impressive cloud, but it’s not smoke. Smoke is what you get when you burn something, and in an e-cigarette nothing is burning. Instead, what’s happening is that the liquid is being evaporated and turned into a cloud of tiny droplets; that’s what gets inhaled. Although it’s common to talk about “smoking” e-cigarettes, people who actually use them don’t like that word.

It’s inaccurate, and of course most vapers have cut down or stopped smoking altogether. Vaping and smoking aren’t the same thing, so it’s always best to talk about vaping a vape, not smoking it. Now we’ve got that out of the way, if you’re interested in trying a vape for yourself, there are a few things it’s useful to know. Read on for our guide to “smoking” a vapour product the right way.

It’s not a cigarette

Most people who buy an electronic cigarette are looking for a replacement for a traditional tobacco cigarette. Often they assume it’s used in exactly the same way, and this can lead to some disappointing experiences. In fact, if you know how to use them, e-cigs can be at least as satisfying as their smoky predecessors. The first thing you need to keep in mind about an e-cigarette is that it is not a cigarette.

The name made sense when they were new, because it lets people know what they’re for, but in some ways it’s turned into a marketing nightmare. Some maniacs have even claimed that “it’s still a cigarette”. Well, it isn’t. A cigarette is tobacco wrapped in paper – it’s the paper that distinguishes it from a cigar, which is tobacco wrapped in a tobacco leaf. E-cigarettes don’t contain any tobacco, so they’re not cigarettes. There’s no way to twist the definition of “cigarette” so a vaping device fits it; it’s simply impossible.

So what is it?

On the other hand, it can replace a cigarette. Think about what a cigarette gives you: Nicotine, something to inhale, something to do with your hands, the rituals you enjoy. You can get all of those from an electronic alternative, as long as you use it correctly. Where many smokers get it wrong is that they try to use their new e-cig just the same way as they used a cigarette, and they find that the vapour isn’t satisfying and they still have nicotine cravings. If this sounds familiar, there’s good news. You just have to change a few things to get the same satisfying experience.

The first step to satisfying vaping is to have the right equipment. Don’t pick one of the old-style “cigalikes” that looks like a real cigarette; they might be the same shape and size as what you’re used to, but they just aren’t powerful enough to match the experience. Instead, go for a pen-style device or a mod. Avoid drippers or extreme sub-ohm atomisers, though; they’re for hobbyists, not people who want a replacement for smoking. Next, get the right nicotine content in your liquid. Unfortunately there’s a trend towards very low nicotine levels, and although this might sound like a good thing, it isn’t. If you’re a smoker you’ll want a much higher nicotine level, to satisfy your cravings the same way a cigarette does.

In the EU there’s a legal limit of 20mg per ml; get as close to that as you can. Outside the EU you should be able to get 24mg/ml, which is ideal. When you smoke a cigarette you tend to take short, hard puffs. That doesn’t work well with a vape; by the time you stop puffing, the coil’s just starting to get up to running temperature. Take longer, gentler puffs instead; that way the coil has time to do its stuff and generate a proper cloud of vapour.

It can take a few days to get used to the differences between vaping and smoking, but it’s worth sticking it out. If you still have a few cravings at first, don’t worry about it; you’ll soon get the hang of it. Many people start off having the occasional cigarette as well as vaping, then suddenly realise that they haven’t lit one up in days. Once you get used to the way an e-cig works, the chances are you’ll find you just don’t need tobacco anymore. 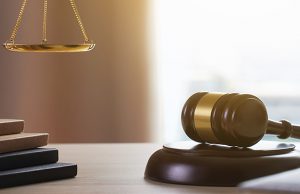 Diane Caruana - May 20, 2022 0
Via the lawsuit, the school district hopes to get some compensation for the purchase and installation costs of vape detectors.The lawsuit accuses Juul of...