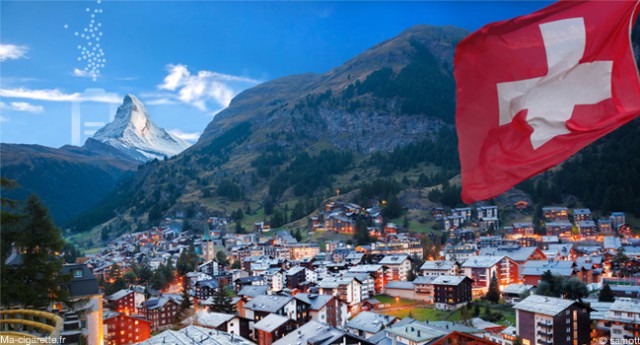 French-speaking Switzerland vapes more than the German-speaking one

According to the report published by the Federal Office of Public Health, 14.0% of the Swiss above age 15 have experienced the device, they were 6.7% in 2013. Regular users (at least once in a week) represent 0.7 % of the population.

As in other countries where this type of survey was conducted, regular users of vaporizers are mostly smokers looking to reduce or stop their use of tobacco.

Although their sales are banned in Switzerland, regular users of the vaporizer report using e-liquid containing nicotine.

On his blog “Vapolitique”, the Swiss journalist Philippe Poirson is critical with this report. In line with the Swiss users association Helvetic Vape, he deplores shortcomings, particularly the lack of questions that could, according to him, illuminate the attractiveness of the vape for smokers and nonsmokers.

By putting into perspective the official numbers of the electronic cigarette with those of tobacco, he states that smoking prevalence has declined in the French-speaking Romandie from 27% to 25.9% between 2011 and 2014, while it has increased in German-speaking part from 23.6% to 24.5%. In light of these developments, he says that the development of the vape is faster among Francophones than in the German-speaking Switzerland.

For the blogger, risk perception could provide the explanation. “Francophones advocate for a smoking substitute by reducing the risk,” while according to him “the German-speaking sphere seems to get fed by American studies, with biased methodologies.”