“My name is Hans Christian Holy, I’m 32, I am married and I have a two-year old daughter and I work in the area of ​​shipping services. I use the electronic cigarette for about two and a half years and went from 20 Gauloises Blondes to zero within a few hours. Since late 2012, I am involved in the IG-ED (Interessengemeinschaft- E-dämpfen) the first German association of e- cigarette consumers. At first I was a regular member and I joined the committee to be now at the head of the organization.

The IG-ED is the first and the only association of German consumers. We work entirely independently of vendors and manufacturers. Our goal, since the inception of our organization in 2012, is to inform the German public about e-cigarettes and rectify the misunderstandings and misinformation disseminated by example in the media. We have no commercial interest and we finance our association solely through membership fees, donations and other personal contributions from our German members.

What is the situation now in Germany?

In short, in 2013: 20 million smokers in Germany and only 2.5 million of vapers (including dual users and one-day users).

Trend: The number of smokers is decreasing, especially among young people … while that of vapoteurs increases.

There is still no legal status because e-cigarettes do not fall under any specific legislation. German vapers can freely buy e-cigarettes and e-liquids (in the EU) without any restriction regarding the nicotine content …

How could the European Directive to be transposed in Germany?

Up to now, we still do not have cracked the secret of the German government on how it intends to implement the TPD. Neither the ministries involved nor any other authority let us take a look at their plans. Apart from a few examples where we could communicate with a few representatives, our questions to the authorities have remained unanswered. They act as if we did not exist.

On the other hand, we are witnessing a large number of public statements by the ANTZ that call for more stringent regulations than the one described in the TPD. In Germany, the ANTZ movement was led by Dr. Martina Pötschke-Langer who introduces herself as the German voice of the WHO at the “WHO Collaborating Centre for Tobacco Control of the German Agency for Research on Cancer” under the guise of a center other deemed the German Cancer Research Center (DKFZ). Also thanks to her medical degree, she has forged a reputation as competent doctor medicine and she takes advantage. However, the fact is that she has no experience as a medical doctor if it’s just two years of practice after her exams because right after graduation, she immediately endorsed medical functions in various positions such as in research institutes.

Our feelings are mixed here. On the one hand, we see a much stronger degree of commitment among French vapers to get themselves heard by the government, and it is clear they are well received by the other groups of the population (I recall the Call of 100 doctors in favor of the electronic cigarette launched last year).

On the other hand, we do not know if the German government is ready to act in an authoritarian way as Marisol Touraine does in France. Here, a minister can not simply “declare” that e-cigarettes should be banned in public places. A law must first be voted and it is this process that seems to take a lot more time in Germany. We just witnessed such an attempt (by the Health Minister of North Rhine-Westphalia) that failed twice in a German court – in the original trial last spring and during the appeal of this judgment a few days ago. 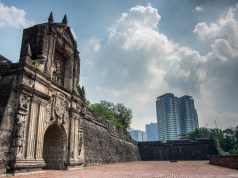 UK: Free Vapes Given to Homeless Smokers as Part of Quit-Smoking Trial