This study [1] has involved around sixty electronic cigarette users, aged 18 to 35 among which 84 % were dual users. It was conducted as group interviews “focus group “, a format that allows to explore a wide range of topics.

According to the authors, young people are facing more difficulties than older people to wean themselves off tobacco cigarette with the e-cigarette and become “dual users”. The research was conducted in order to identify specific situations where these vapo-smokers prefer to smoke rather than to vape.

Researchers have shown that the first situations that lead to privilege tobacco cigarette are acute nicotine withdrawal and stress.

Then, some activities may determine the choice of vaping or smoking, such as having meal, exercise or sex. The electronic cigarette would be more suitable to physical activity while tobacco cigarettes would provide “good level of relaxation” before going to bed or at wake up, for example.

Young people admitted more likely to smoke when consuming other substances simultaneously like alcohol, coffee or cannabis. The places also condition the behavior of dual users. They tend to smoke more in the presence of smokers, but more frequently choose their e-cigarette at work or in their car.

Some atypical behaviors were however identified, the youngest people surveyed admitted smoking in secret and preferred e-cigarette when preparing to interact with other people.

Furthermore, logistical issues can also lead to smoke , typically when the battery is flat or when their material is not fully satisfactory, particularly when the delivery of nicotine is insufficient.

For the researchers, the effectiveness of e-cigarette in stopping or reducing tobacco consumption not only depends on the effectiveness of devices to satisfy the need for nicotine, but also important is to educate e-cigarette users in the use and the maintenance of their material, and their ability to handle situations of everyday life that they associate with smoking.

A study by Konstantinos Farsalinos examined associations between dual use and risk perception. 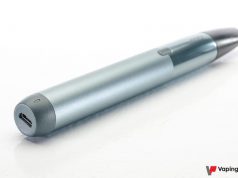 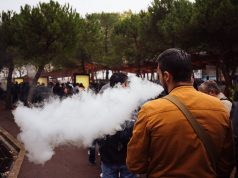