The Belgian Foundation against Cancer has published its barometer of tobacco use, which shows that fewer Belgians are regular smokers, 1 of 5 in 2015 rather than 1 of 4, previously, as commented in Le Soir. The barometer also shows that the use of the electronic cigarette among smokers has been multiplied by 3 in 2 years.

In Belgium, where 40 people die every day because of smoking, 72% of smokers regret having started and 64% want to stop. A small proportion (only 2%) of the population is using e-cigarettes and their motivations are, to quit smoking for 68 %, because it is less harmful for 26% and for its economic aspect for 6%.

An important support of smokers for anti-smoking measures

Belgium in not in the leading pack

For the Foundation, the public support for the anti-smoking measures presents a contrast to the actual situation. This gap is even more striking when one considers the recent initiatives taken by other European countries. The UK, Ireland and France will introduce such plain packaging from May 2016 on, in accordance with the regulations proposed by the WHO (Convention on Tobacco Control). These same countries also decided to prohibit all advertising in retail outlets, and to smoke in the car in the presence of minors.

In Belgium, the three initiatives “have not yet been presented to the Federal Parliament.” An understatement to say that these proposals have been put under the carpet by the current government. However, Belgium had ratified the World Health Organization’s Convention on Tobacco on November 1, 2005, which took effect on January 30, 2006. Almost 10 years later, “it is clear that our country does not always respect all of the restrictive measures contained in this agreement”, notices the Belgian Foundation against cancer. 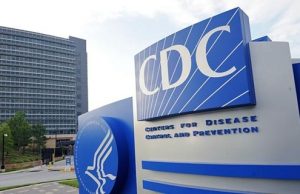