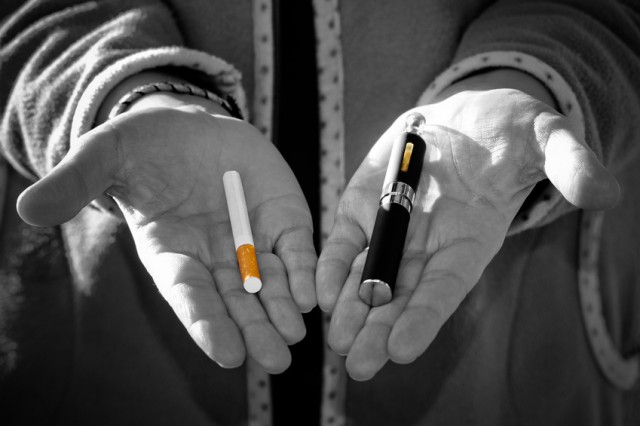 Dr Gerhard Gmel, who belongs to the Addiction Center and to the Alcohol treatment Center of the University hospital of Lausanne but also to the Center for Addiction and Mental Health of Toronto (Canada) and the University of the West of England (Bristol, UK) is the first author of a scientific study on smoking and vaping patterns among young users. According to the text, it is “one of the rare longitudinal studies on smoking patterns among EC (electronic  cigarette) users in early adulthood“.

The authors studied smoking and vaping patterns, between September 2010 and March 2012, among young adults who were part of the enlistment by the Swiss Army. The 5,128 respondents were around 20 years old and constituted the analytical sample of the study.

Findings of longitudinal studies are conflicting

The authors made a careful review of the literature and pointed out that findings of longitudinal studies with regard to the benefit of vaping for smoking cessation are conflicting and that it is one of the main reason of the heated debate around e-cigarettes. Some studies conclude in a significant increase in the number of cigarettes smoked and a lower likelihood of quitting smoking among vapers compared to non-vapers, while others tell that the use of e-cigarettes may be positively associated with attempts to quit smoking. The authors however point out the consensus that, although e-cigarette use is not safe, it is less harmful than tobacco cigarettes. Their results show that the prevalence of vaping was as low as 5% and that of smoking was 45%.

No beneficial effect of vaping on smoking cessation or reduction

In conclusion, the researchers elude any beneficial effects of vaping for either smoking cessation or smoking reduction, which is a drastic shortcut of their study. The results show, according to the authors, that “vapers smoked more CCs (conventional cigarettes) and had higher nicotine dependence levels already at baseline than non-vapers” although baseline e-cigarette use was not investigated (only at follow-up).

The authors called either “e-cigarette users” or “vapers”, the participants who reported having used e-cigarettes in the previous 12 months, as evaluated at the end of the study. However, they never mentioned having gathered any information on the frequency of e-cigarette use, the type of e-cigarette or even whether it was a nicotine e-cigarette or not (the sale of nicotine e-liquid being illegal in Switzerland). This makes the reader think that “vapers”, in the text, comprises a range of vaping patterns from regular user to experimenters, the latter also answering “yes” to a question like: “Have you ever used an e-cigarette in the last 12 months?”.

In the case of all users were experimenters, their conclusion makes sense since other studies that reported substantial benefit on smoking cessation recommended the use of e-cigarette ab libitum.

At reading, the main caveat of the study is the absence of indication whether the qualified “users” were using the device on a daily basis, alone, in combination with tobacco cigarettes or occasionally. Such patterns were however addressed in the case of conventional cigarettes where the number of cigarettes smoked on a daily basis was asked to participants. E-cigarette use was, in addition, only evaluated at the end of the study (“follow-up”). The period when the study was carried out corresponds to the onset of the vaping market.

Other caveats have also been detailed by the authors in their discussion, which is anyway a “discussed conclusion” or rather a “concluding discussion” since no conclusion could be identified in the structure of the article.