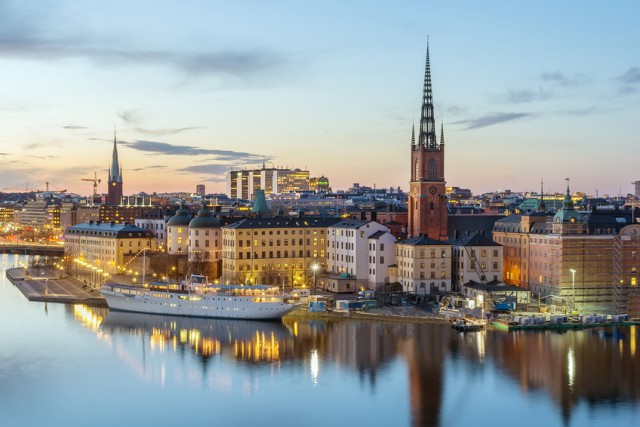 Sweden, through the accession treaty to the EU, obtained a derogation for snus that has not been proven to represent a significant risk for health over the last 100 years of monitored use. Swedish snus is recognized as a health harm reduction compared to smoking, as demonstrated by its good results in terms of smoking prevalence. The recent introduction of the e-cigarette blurs the game as the Tobacco Product Directive concerns all tobacco products, including Swedish snus and e-cigarettes.

“The bill provides, among other things, larger health warnings with pictures on tobacco packagings and a ban of certain flavorings in cigarettes and roll-your-own tobacco.” -G. Wikström
Health Minister Gabriel Wikström, talked on public TV on February 8, 2016, to support the Tobacco Endgame initiative by 2025: a smoke-free Sweden and he announced a recent Bill introduced to the government to implement the EU TPD Article 20 in full. Among the measures under consideration are the plain packaging, exposure and outdoor smoking bans, especially where children are present and two other proposals for snus and for the e-cigarette.

A proposal on snus opts to harmonize the warnings with other, more dangerous, smokeless products that are freely sold in the EU, and a proposal on e-cigarettes leaves the Supreme Administrative Court decide whether nicotine containing e-cigarette products will be classified or not as pharmaceutical products and be regulated by the Swedish Medical Products Agency (MPA). As noticed by Atakan Befrits in his article, both proposals will have detrimental effects on tobacco harm reduction in Sweden.

A raise of the apparent dangerousness of snus

Raising snus warnings to a similar level as products acknowledged to have very serious health consequences might prevent its possible use in state funded smoke cessation initiatives, and reduce consumer confidence in its use instead of smoking.

A possible de facto ban on nicotine e-cigarettes and fluids

The reason of a “de facto ban” is the prohibitive costs of the regulatory process to register nicotine e-cigarette products. The consequence of such an administrative burden on a small market like Sweden would be the drastic reduction of the availability of the product.

The most likely scenario is that nicotine containing e-cigarette products are classified as pharmaceutical products and regulated by the MPA.

Update on February 17, 2016
The Supreme Administrative Court, on Feb 17, 2016 ruled that nicotine e-cigarettes in normal use cannot be considered as drugs.

Its verdict reverses the MPA’s prerogatives on nicotine e-cigarettes and refill liquids.

“To be a medical product, it must have the ability to prevent or treat a disease and, therefore, provide a beneficial effect on human health,” the court’s ruling read.

The judgment leaves the door open for manufacturers to sell nicotine vaping products in Sweden without the fear of any bans by MPA.

Snus is predominantly consumed by adult males who have seen their smoking prevalence dropping below that of women in 2012. The absence of alternative to smoking offered to women, i.e. nicotine e-cigarettes, would make them the target of a nation-wide injustice since they are less attracted by snus than men are. It is then anticipated that the imbalance may be amplified by reducing the access of Swedes to nicotine e-cigarettes.

The government needs to ensure that Swedes have access to alternative, low risk, nicotine delivery products

With a predicated death of e-cigarette market and a raise of perception in snus dangerousness, Atakan Brefits recommends:

Next March, a final report has to be issued in preparation for national legislation specific to snus. Brefits calls the government to slow down the process to incorporate Article 20 into Swedish legislation so that it is optimal for public health by taking into account both the specific case of snus and that of the nicotine e-cigarette.