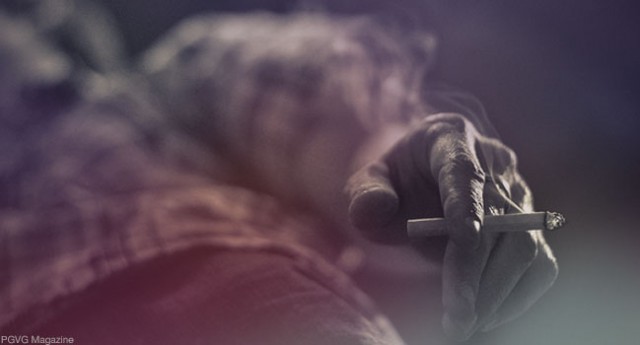 In Belgium, patients with lung fibrosis will not get reimbursed for a treatment if they have smoked in the last 6 months. The smoking abstinence will be controlled by a urine test, which needs to be negative to open rights to reimbursement of the drug.

Dr Gérard Mathern, pulmonologist, said he was appalled by this policy that he considers “inadmissible”. According to the health professional, smoking is an addiction, the patient should not be considered a bad subject but as a sick person. “The physician should elect the good and reject the bad patient?”, he asks. Ethically, his vision ris clear: “this is more than questionable, it’s reprehensible.”

The former secretary-general of the French Society of Tobaccology (SFT) confirms that the urinary tests incriminate all nicotine consumers, including former smokers who continue to use substitutes such as patches or gums, and vapers.

For this type of consumers, cotinine (a nicotine metabolite measured in urine) might be measured in similar quantities than for current smokers. Furthermore there is no way to know from this test if a person consuming nicotine had stopped smoking for six months because of the absence of long-term markers.

Dr Benjamin Bondue, a Belgian pulmonologist, told RTL that the restriction may be “difficult” to explain to patients.

Pulmonary fibrosis is a rare disease that affects about 1,000 people in Belgium (including approximately 600 men). It refers to a form of excessive lung scarring that generates progressive respiratory failure. Life expectancy for untreated patients ranges from 3 to 5 years. The current treatment, Nintedanib, does not cure the disease but stabilizes it.

One particularly vile individual, Karl Astel — upstanding president of Jena University, poisonous anti-Semite, euthanasia fanatic, SS officer, war criminal and tobacco-free Germany enthusiast — liked to walk up to smokers and tear cigarettes from their unsuspecting mouths. (He committed suicide when the war ended, more through disappointment than fear of hanging.) It comes as little surprise to discover that the phrase “passive smoking” (Passivrauchen) was coined not by contemporary American admen, but by Fritz Lickint, the author of the magisterial 1100-page Tabak und Organismus (“Tobacco and the Organism”), which was produced in collaboration with the German AntiTobacco League.

History can shed so much lite on todays own movement it just amazes the mind………..

Hitler Youth had anti-smoking patrols all over Germany, outside movie houses and in entertainment areas, sports fields etc., and smoking was strictly forbidden to these millions of German youth growing up under Hitler.”

…….OSHA also took on the passive smoking fraud and this is what came of it:

This sorta says it all

These limits generally are based on assessments of health risk and calculations of concentrations that are associated with what the regulators believe to be negligibly small risks. The calculations are made after first identifying the total dose of a chemical that is safe (poses a negligible risk) and then determining the concentration of that chemical in the medium of concern that should not be exceeded if exposed individuals (typically those at the high end of media contact) are not to incur a dose greater than the safe one.

All this is in a small sealed room 9×20 and must occur in ONE HOUR.

Acetaldehyde or Hydrazine, more than 14,000 smokers would need to light up.

The same number of cigarettes required for the other so called chemicals in shs/ets will have the same outcomes.

So, OSHA finally makes a statement on shs/ets :

Field studies of environmental tobacco smoke indicate that under normal conditions, the components in tobacco smoke are diluted below existing Permissible Exposure Levels (PELS.) as referenced in the Air Contaminant Standard (29 CFR 1910.1000)…It would be very rare to find a workplace with so much smoking that any individual PEL would be exceeded.” -Letter From Greg Watchman, Acting Sec’y, OSHA.

Why are their any smoking bans at all they have absolutely no validity to the courts or to science!