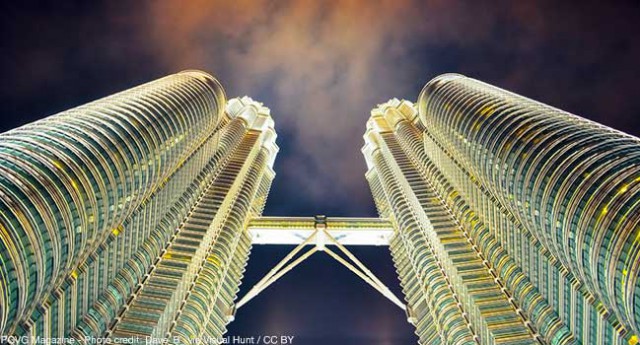 An industry that evolved in the absence of any regulatory framework

The vaping market started to develop 4 years ago in Malaysia, but it has exploded during the last one or two years. The stores specialized in vaping products have mushroomed in 2015, according to Jeremy Ong, co-founder of Vape Club My, a reseller of electronic cigarettes and juices in Kuala Lumpur.

Estimates give between 400,000 and 1.25 million vapers in Malaysia, for a total population of 30 million people. Some argue that it is already the second largest market after the United States. The industry has been able to grow easily thanks to the lack of a regulatory framework as is also the case in North America. Manufacturers also benefited from the success of their products outside the country, where Malaysian flavors are very popular.

But the government already plans to introduce restrictive measures. The Minister of Health, for example, put forward the possibility of classifying the e-cigarette as a tobacco product, making it illegal to use in places where smoking is also prohibited. Furthermore, a Fatwa prohibits the 18 million Muslims from vaping, even if they are far from respecting this religious opinion.

The industry hopes the authorities will elect the electronic cigarette as a solution for smoking cessation, but it could also be counterproductive, says Jeremy Ong, fearing that e-cigarettes may only be sold in pharmacies and also the disappearance of a wide range of vaporizer models.

Business Diane Caruana - October 15, 2021 0
Back in 2017, former PMI CEO Andre Calantzopoulos had said that due to the popularity of their electronic devices in Japan and South Korea, the...

Business Diane Caruana - October 8, 2021 0
The brand has never gotten the credit it deserves for branching into smoking cessation products, when no other company was.Given the increase in health...

Business Diane Caruana - October 7, 2021 0
Snus is a moist powder tobacco product that is placed under the upper lip for extended periods. It is mostly popular in Sweden, Denmark...
Load more