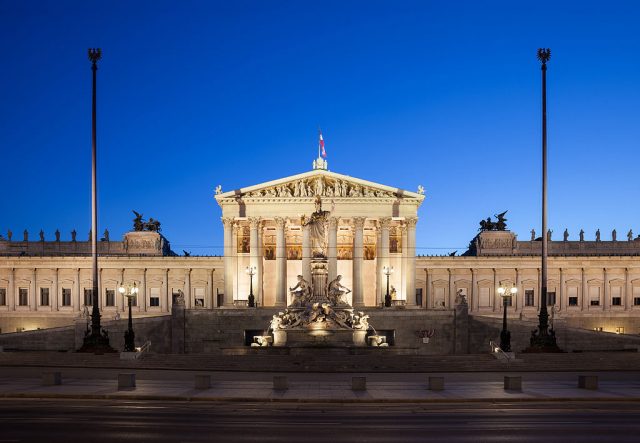 Towards a drastic change

Until now, the e-cigarette had not been touched by the reform of the tobacco law in Austria because a court ruled in August 2015 that “blocking retailers’ right to trade freely was unconstitutional”.

The court found unconstitutional the proposed amendment, and emphasized that their argumentation on health was not robust enough to justify blocking the trade and that e-cigarettes should not be treated the same as other tobacco products.

The NEOS party – The New Austria and Liberal Forum – updated The Local, an Austrian Newspaper, with the current debat at the parliament around the new tobacco law.

“All vape products will be subject to massive restrictions by the new tobacco law, even if they come without nicotine,” said Gerald Loacker, MP for the NEOS party.

Distance sale, the most important distribution vector for vaping products will be prohibited.

Promotion for vaping products will be banned: websites, Facebook pages, news, articles.Anything else “that can influence people to buy e-cigarettes or liquids” will also be prohibited.

An approval by the Ministry of Health will be mandatory for every e-cigarette and liquid used in the device.

The party fears a bottleneck effect on vapor products for customers. Gerald Loacker, the NEOs spokesperson for health and care told The Local: “This will probably destroy the small Austrian companies in this sector and make it easy for big tobacco corporations to take over the market, because they control the supply for all the small tobacco stores – trafik – in Austria.”

The new tobacco law: an “anti-smoking measure” but also an “anti-vaping” one

In a letter to the Austrian Ministry of Health Sabine Oberhauser, on February 5, the tobacco experts Clive Bates and Gerry Stimson exhort the government not to go “beyond the absolute minimum requirements of the Tobacco Products Directive Article 20”.

The two expert cite the example of the UK that recognised the value that e-cigarettes can play for public health even before the official release of the groundbreaking report “Nicotine without smoke” by the British Royal College of Physicians.

Nevertheless, Eva Mückstein (Green) argued in parliament that the chemicals inside e-cigarettes are dangerous and “studies show that using the devices can be a stepping stone for people who go on to smoke normal cigarettes”.

The aforementioned report shows, in contrast, that there is no evidence to support the claim that vaping encourages people to smoke tobacco, even the youngest.

Last but not least…

The new tobacco law contains a spelling mistake that might compromise implementing the law. The mistake is in the spelling of the font name Helvetica – Helvetika in the bill. Helvetica is the font that must be used on cigarette packages to write warnings. It is easy to understand that since Helvetika does not belong to the font list, this may lead to a misinterpretation of the law.

A request to have the bill corrected before passing the national council was rejected by the government.