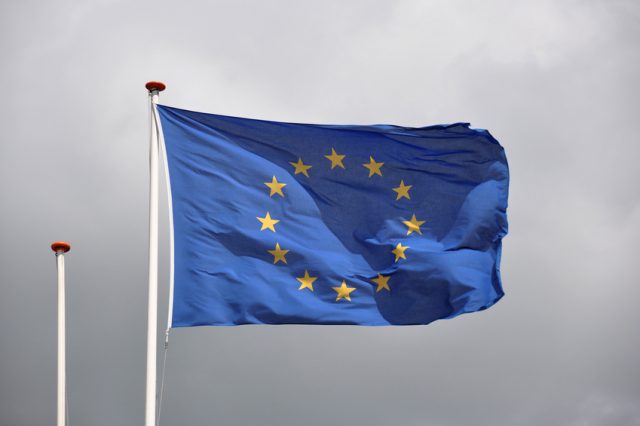 The Commission has identified four main risks related to the use of refillable e-cigarettes and reported their comments in a document entitled: Potential risks to public health. According to the authors, these risks are:

The report states that measures relating to refillable e-cigarettes provided for in the TPD and secondary legislation, combined with national regulation, provide an adequate and proportionate framework for the mitigation of such risks.

The authors request further study of these products and their safety for consumers (in particular concerning poisoning from accidental ingestion of e-liquid and the hazard profile of flavours). Further research on certain aspects of e-cigarettes relevant to refillables, such as emissions testing and the safety of flavours or mixtures of flavours, should also be carried out.

They also point out the need for raised awareness amongst citizens of the toxicity of the e-liquids containing nicotine, which could potentially be achieved through national educational campaigns.

The report recommends to Member States and to the Commission itself to carefully monitor the market of refillable e-cigarettes.

The report that was a request from the EU Parliament, in agreement with the provisions of the EU TPD’s Article 20. Its role was to evaluate the risks linked to nicotine e-liquid of refillable cigarettes. The authors of the report did not include the intrinsic risk of vaping to only focus on what they judge harmful in the refillable hardware.

The Potential Risks from Electronic Cigarettes and their Technical Specifications in Europe (PRECISE) that served as a base to the report’s manuscript was ordered by the Commission to “an external contractor” who evaluated the “available scientific litterature”. A survey amongst the e-cigarette industry is included to the report to determine what they believed to be the main risks associated with refillable e-cigarettes.

This report has been discussed with the Expert Group on Tobacco Policy and the Subgroup on Electronic cigarettes set up June 2014.

The report says that nicotine, a highly addictive drug, is also acutely toxic (lethal) by all routes of exposure in high enough doses.

Regarding outcome, 23.7% of cases required hospitalisation and 6.8% had a moderate or major effect. The report notices that results are similar to data from US poison centres. It adds that among the many different flavours used in e-liquids the authors report that some are classified as hazardous to health under the CLP Regulation.

To ensure that e-liquid containers do not contain excessive levels of nicotine (which could be lethal to children and adults).

Increase awareness amongst citizens on the toxicity of the e-liquids containing nicotine, perhaps through national educational campaigns.

The Commission poses the amount of e-liquid needed to produce an acutely toxic effect through dermal exposure in humans is 35 ml for a small child and 210 ml for a 60kg adult (larger than the maximum size of a refill container allowed under the TPD).

Propylene glycol is identified by the report to have mild irritating and sensitising effects on the skin of humans.

MITIGATION PROPOSED
Refill containers and e-cigarette devices should be child-resistant and protected against leakage.

Refill containers and e-cigarette devices should be refilled in a manner and be designed in a way that ensures refilling without leakage.

Refillable e-cigarettes and their refill containers should also be sold with appropriate instructions for use and storage to ensure that users and others do not accidentaly come into contact with the e-liquid when handling e-cigarettes and information on possible adverse effects.

E-cigarettes should also be labelled according to the requirements set out in the TPD.

3. Mixing or customisation of liquid

Home blending requires that users purchase high-concentration nicotine. The report identifies risks to users and others if high concentrations of nicotine liquid are stored at home and handled inappropriately but and a risk that consumers do not dilute the solution correctly resulting in much higher nicotine concentrations than intended in the final e-liquids.

Home blending would mean that untested e-liquids with inappropriate ingredients could continue to be used by consumers, which is in contradiction with the purpose of the TPD.

Many of the flavours currently in use in e-liquids have not been tested for use in e-liquids and it is not known if they are safe for inhalation. Refillable e-cigarettes will allow users to continue to use untested or unsafe flavours. Health risks of second-hand exposure of vapour may occur from such self-mixed e-liquids.

Finally, refillable e-cigarettes may be used with illegal substances such as tetrahydrocannabinol (THC)

MITIGATION PROPOSED
Respect of limits on nicotine concentration set by the TPD (manufacturers and importers).

High-concentration liquid or powdered nicotine for other purposes, such as industrial use, should not be easily accessible for consumer purchase.

Oils or liquids with THC or other illicit substances are not sold to consumers in Member States where they are not allowed.

To monitor notifications and conduct research on the toxicological profile of e-liquids and emissions as regards flavours and the mixing of flavours in notified products (carefully monitor evidence on the health risks of flavours).

It may be justified for Member States to prohibit certain flavours for use in e-liquids (as outlined in Recital 47 of the TPD, the responsibility for adopting rules on flavours remains with the Member States).

4. Use of e-liquids with untested devices and hardware customisation

If e-liquid is heated to higher temperatures, an increase in toxic emissions is observed. Additionally, purchasing components separately and ‘building’ one’s own device may further mean that users boost e-cigarettes with powerful batteries, increasing the amount of toxic emissions, although it should be noted that vapour heated to a very high temperature may not be palatable to users. There is a risk to users if untested or inappropriate components are used.

MITIGATION PROPOSED
To make sure that manufacturers and importers of e-cigarettes do not sell untested components and that all notified components have undergone appropriate tests to ensure they are safe.

When manufacturers and importers notify information on e-liquids they consider the conditions under which they can reasonably be expected to be used by consumers.

To ensure that notifications received under the TPD accurately reflect whether particular components or devices have the potential to significantly affect the quality of the emissions produced or increase their toxicity depending on the way in which they are used.

To ensure that when measures are taken on dangerous products posing a risk to the health and safety of consumers they are notified through the Rapid Alert System for dangerous non-food products (‘RAPEX’) (other countries that may find the same product in their national markets to take the necessary measures to prevent the further sale of the dangerous product.)

China will be your friend!!

Mealy Mouthed Weasle Words….as the House of Lords would say.

“Finally, refillable e-cigarettes may be used with illegal substances such as tetrahydrocannabinol (THC)” So can a bloody tea spoon!

Bunch of silly people and by people I mean…

So, cutting through all the EU crap that is in this article and to put this in context. In 3 years the EU had 277 cases of incidents of Nicotine poisoning that were recorded. None of which that I can see caused a single death. However in the EU in those 3 years over 2,400,000 people died directly because of smoking, that is just brushed under the carpet. Don’t worry about them because all those fatalities stumped up loads of money for the EU. Well done EU for yet more total bollocks and lies!!