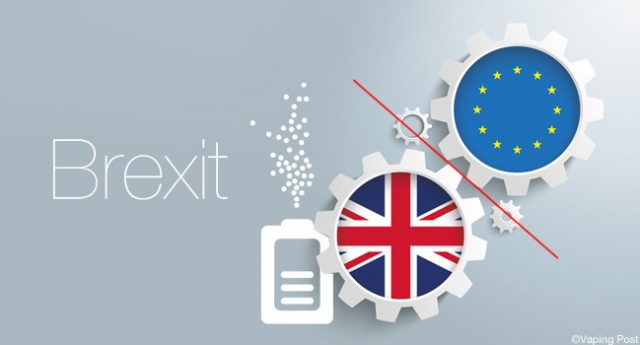 Leaving the EU might in theory free the UK from the obligation to implement European directives, says ECigIntelligence and pro-Brexit vapers believe that – given Britain’s generally liberal attitude toward e-cigs – the London government could be prepared to reverse the law. But will it happen as early as British vapers expect it to be?

ECigIntelligence experts balance their conclusions and put forward that “BREXIT offers minimal benefits for this area specifically, though it is fair to add that neither does the BREMAIN option”:

Clive Bates, in an analysis of the situation, indicated that given the huge reconstruction effort that will be required after leaving the UE, e-cigarette laws revision would probably be postponed as non-urgent for Public Health, and, according to the expert, would possibly even happen later than the 2021 horizon, when TPD is supposed to be reviewed by the UE.

According to a poll on the Ashtray Blog, a majority of the about 1,200 vapers (56%) who answered, expressed their desire to split with Europe. And most of them gave as a main reason for this vote, the TPD (89%).

I Vape and I vote, is this a #Brexit issue? You bet it is! #TPD #LordsVapeVote

Now, if one hypothesizes that the about 1,200 vapers’ opinion is representative of the 2.8 Million vapers in the UK, about 1.5 Million vapers were in favor of “Brexit”. This is the same order of magnitude as the difference between EU lovers and quitters.

In conclusion to this back-of-the-envelop calculation, British vapers’ voices count!

But will the UK get rid of the TPD for good?

Analysts say that as soon as the Government launches the leaving procedure, a 2-year delay is expected, in the best case, before they become independent from Brussels and its EU officers.

Richard Hyslop and Rémi Parola, who we met during the GFN, were telling us that in the case of “Brexit”, the TPD would not vanish so easily in the UK. For them, it is important for the European Vaping Industry to continue to collaborate: “Our members will be impacted by the TPD even if we leave the EU, and we will have to comply with the rules anyway“, said Richard Hyslop.

“I certainly hope that enforcement will be more Italian than traditionally British, if I may put it that way“.
The Government’s promise to implement the TPD in a more relaxed “Italian” style would help swallowing the bitter pill of such a delay. But the decision will probably not be made until David Cameron, who took position in favor of vaping, steps down as PM by October.

Nigel Quine, Director General of Cuts Ice, told our redaction that “In reality, things will not really change before at least two years, and it means that the TPD and all the rules that are associated to it will remain in force in the country for this period. We notify and we will continue notifying all our products through the European portal, and we will comply with each member state’s regulation.”

He adds “apart from this question, we guaranty that, TPD or not TPD, EU or not EU, all our products will remain available in France, Germany, Italy, Spain, all over Europe and in other countries in the world where vaping products are legal” before saying “Vive la vape!!“.

You have probably seen this but Andy did pretty good I think. https://www.youtube.com/watch?v=lFcK2wcMIzQ

sorry about the huge picture 😉

Huge picture is be OK, Comrade !

The ‘Vape Vote’ is what be decided the outcome. The stay/leave numbers is be very close ! Vlad LIKE !

Thanks for writing about this situation of BREXIT & the TPD. As a vaping writer myself, I have been attempting to research this scenario a great deal. However, it seems slightly difficult to find the appropriate channels where one can discover other writers covering this fascinating story. You did a great job at clarifying some of the foggy (or more proper: “cloudy”) areas in question. I hope the BRIT-EXIT from the EU will be extremely beneficial for their U.K. vape-related businesses and vapers alike. Then again, after interviewing the owner of Perino-London a couple of weeks ago, I realized just how ridiculous the TPD restrictions on vaping truly were. Perino-London’s owner told me they would have to buy entirely new equipment for manufacturing purposes, totaling millions of dollars. For instance, this equipment replacement HAS to be done simply in order to bottle their products accordingly (since they use the traditional glass bottles instead of plastic). Plastic is now the required standard under TPD and I believe it is only allowe in 10ml; although I may be mistaken about the ml? Regardless, for the next 2 years, forcing vape-related businesses to replace manufacturing equipment which could costs millions, but then allow them to resume how they were doing things 2 years prior is just absolutely absurd. The EU purposely imposed the TPD regs before the BREXIT vote came into play just so the U.K. had to follow this nonsense for 2 years? That’s so outlandish. Regulations are necessary, vapers all agree with and understand this, however, we do not accept the harsh regulations imposed by the FDA and TPD. They’re attempting a coup, installing a prohibition for the sake of economics; once again placing profit before people. Pathetic! #vapeon #vapefam #vapingsaves