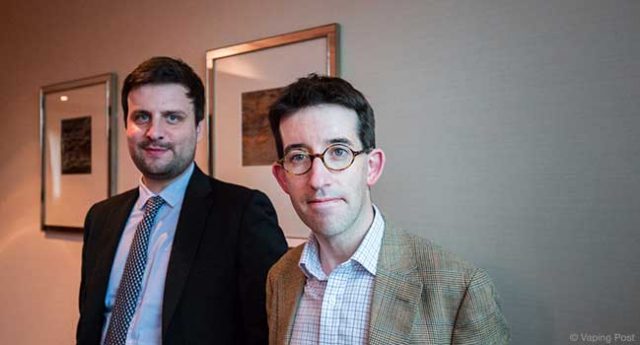 During the Global Forum on Nicotine, we met Rémi Parola and Richard Hyslop, to figures of the new ECIV coalition, whose creation has been announced by a press release a few hours before the meeting in Warsaw.

VapingPost: Could you tell us a few words about IBVTA?

Richard Hyslop: “We launched IBVTA in April, for a long time there was a growing feeling amongst a number of independent vaping companies in the UK that we needed to work together. We had discussions with Remi and FIVAPE about doing something on the European level, with offices and employees. We were five independent companies to come together in the UK and we thought it was important to keep this independent status.”

VP: Why and how was the ECIV brought into being?

Rémi Parola: “We have been knowing each other for a long time, the FIVAPE supported Totally Wicked before the European Court of Justice, a project in which Richard was deeply involved. During a dinner, we came to the conclusion that the UK and France represent half of the total number of European vapers.”

“We closely followed the creation of the IBVTA, some kind of a tribute to our Federation because they claim their independence from tobacco and pharmaceutical industries, and they also ask their members to stick to this rule. We share the same vision about a necessary specific regulation of vaping products not to assimilate them with other tobacco products and medicines.”

“We could not get associated to a company but it was okay with a federation. So we merged to create the core of a European coalition.”

In less than 48 hours after the public release, we received positive feedbacks from all over the Europe

“We got the feeling, sometimes, to be preaching into the wilderness with the FIVAPE, but the results we obtained with the public authorities and for the standarization with the presidency at CEN and ISO, achieved to convince, not only ourselves but also the IBVTA, that merging would be fruitful for the independence of our sector.”

We’ve got the ambition to say that our expectations for vaping products best serves their future.
“Sharing this same vision is important for us, principally against the strategies that aim at assimilating the reduced-risk or the new tobacco products to vaping products. Up to us to claim that we are ‘strictly vape, vapor products’ and that we have no link with the tobacco products or medicine markets.” VP: What are your objectives with the ECIV?

RP: “Our objective is to build a coalition as strong as possible to be able to weigh at the European level, but we keep our role at the national level. Belonging to a European coalition will help us, in our own countries”.

RH: “It is more profitable for a small business to participate in a European coalition. The governments don’t want to discuss with one enterprise or one person in particular but they are ready to debate with professionals or users associations. It is the same at the European level. If I introduce myself as a British association, the British MPs will be keen to discuss with me but the French MPs will tell me that they don’t want me to tell them what they have to do. With a European association, we can address the issues to ALL MPs, from any country, and to the Commission.”

VP: Does the ECIV have concrete plans, right now?

RP: “As an example for a concrete action, the coalition will work, in the coming days, on the transpositions of the European Directive. We will look, for each point of the directive, which member state did the least worst transposition. The idea is to make a proposal for a unique transposition that would allow us to make propositions in our own countries.”

VP: Isn’t it too late to act at the European level?

RH: “A lot of people think that ti’s moved on, the TPD is over, its back to the member states. There have been a very telling session with the ENVI at the European Commissions, two months ago, with the new Commissionner. A new commissionner must be aware about vaping and have a neutral view. But instead of that, he declared that vaping was bad, as most of the MPs, and that moved me up.”

“We must go forward in this debate, it is an educational process for MPs and the commission that we must start. In parallel to this work, we need to produce a model vape products directive that we can take forward and push at the early review of the TPD to have a ready-to-go replacement. For the moment, we are doing the groundwork.” 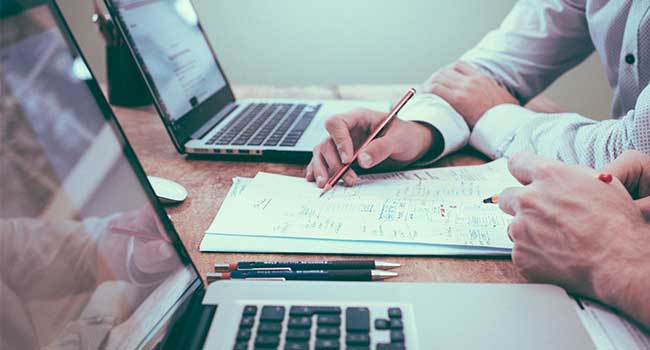 RH: “We will push to have the TPD for vaping products reviewed as soon as possible because we can’t wait any longer. It is true that in some countries, the situation is more difficult than in others. We want to show the insanity that some countries allow certain things an some others don’t.

RP: “We want a sensitive and proportionate regulation, not the jungle. It is incredible that, from the same text, arose so different situations.”

VP: How will the ECIV contribute to strengthen the independent vaping sector?

RP: “To streamline business practices! If tomorrow, scientists from societies located in France or in the UK and the day after in other countries, can work together, avoiding duplicating their effort, I think that it will be a win-win for manufacturers and for research.”

“If we continue to collaborate with universities, it would be a pity that the university of Liverpool works on the same subjects as the university of Bordeaux without knowing it. We can create a good cooperating network at a European level.”

“Science needs fundings. It is probably a bit too early, but I hope the private sector takes steps to finance or launch research projects.” 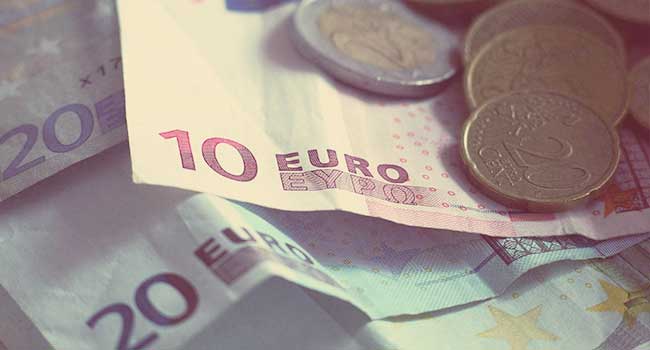 “If we collaborate together, we will have a scientific committee, a regulatory committee. We will never have the same resources as the tobacco industry but will already have many competences. If each of us stays in his corner, we will never get the funds to  do anything but by cooperating, we will get them.”

“Our challenge is to explain to each independent unit that its interest is to join us because the future of their business depends on what is being done now. If we do not want to copy/paste the tobacco or medicine regulations, me must have the highest technical expertise for the evaluation of our products.”

Our ethics goes beyond the economic or financial issues, we are on the vision of a product that gives power to people.
“To propose these products with a diversity of choice for hardware, e-liquids, to contribute to their safety, this is our responsibility. And if we loose this battle, this might have an impact on uses and on users’ choices.”

Great start for the organization.