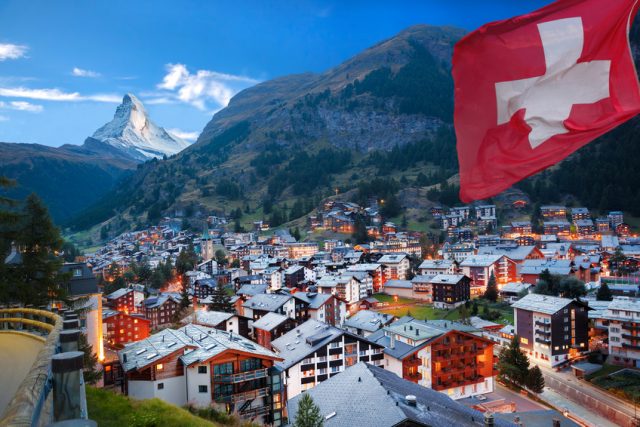 Swiss vaping is in steady state. Despite the 14% of the population who tried it, i.e. one million people, only about 20,000 people declared using it on a daily bases and about 30,000 on a weekly basis, setting to 0.7% the population of Swiss vapers. These figures, similar to 2014, characterize vaping in Switzerland, as released by Addiction Monitoring Switzerland on July 11.

The survey of 5,257 people, tells that the 35-44 years old people are regular users of e-cigarette. About one out of three young people have experimented e-cigarettes but its regular use remains very low: 0.4% among the 15-19 years old, none among the 19-24.

In the prohibiting context of nicotine e-liquids, only 33% vapers systematically use nicotine. Only one person over the 5,257 declared being a non-smoker who occasionally uses e-cigarettes with nicotine. Swiss vapers were, for 95%, either smokers or ex-smokers. More that 10% of the ex-smokers are vaping regularly. Among the never-smokers who experimented with e-cigarette, none is vaping on a regular basis. The reasons why people vaped recently have been “to reduce smoking before quitting” and “because I like this”.

Before the 25% (1,8 million) smokers, the number of vapers remains minor. Sales ban on nicotine e-liquids prevents many smokers from switching to vaping, exclusively. At the time when one out of three English smoker tries and adopts the e-cigarette, only 5% Swiss smokers become regular vapers. Switzerland is the last European Western country where a minor is allowed to purchase cigarettes but where  smokers cannot legally access to nicotine e-liquids to wean themselves off tobacco. A “toxic” regulation that condemns Swiss smokers to stick to combustible tobacco, protests Prof Jean-François Etter (Stop-tabac.ch) on a national channel (in French).

An association of pyromaniac firefighters

Upon release, the Swiss Lung Association welcomed the steady state of vaping. A “social marginal phenomenon” that almost “concerns regular smokers”. The Association considers that scientific proofs are unsubstantiated, is afraid of the gateway effect, raises doubts about efficiency in smoking withdrawal and addresses concerns about potential direct and indirect effects. In consequence, the Association claims for “a general ban on advertising and promotion”, before concluding that “smokers wishing to stop have better chances of success with counselling and medication”. A declaration that was conveyed by the media and that motivated vigorous feedback from the Swiss vapers, themselves.

Irritated by the Association’s cynism, whose actions are funded by the pharmaceutical industry, the vapers underline its pyromaniac firefighter’s behaviour that contributes to frighten vapers with regard to e-cigarette and to deploy repressive regulatory arsenal that finally acts in maintaining smoking.

Approached by the redaction, Olivier Théraulaz, president of the association Helvetic Vape, declares: “In spite of the accumulation of scientific proofs in favor of vaping, misinformation continues on purpose, as again demonstrated by the press release of the Swiss Lung Association. The Association does not recommend to smoker to switch to vaping. Such a position is not acceptable nowadays“, while citing the reports of Public Health England and of the Royal College of Physicians of London.

While more than 9,500 Swiss smokers die prematurely from tobacco each year, the pro-abstinence policy is a failure. “A tobacco harm and damage reduction policy is required as early as possible”, adds O. Théraulaz before concluding that “vaping is an aid to stop smoking, not only therapeutically but surely by keeping pleasure“.

A couple of months before the examination by the National Council of the Swiss Tobacco Act (LPTab) assimilating vaping products to tobacco products and rejected by the States Council, the public debate will finally be launched.

Guyz, I,m on holidays, here, in Switzerland. Do you know where i ca vet some low-nicotine stuff? I forgot abt my liquids. I took my e-cig only. Any help?