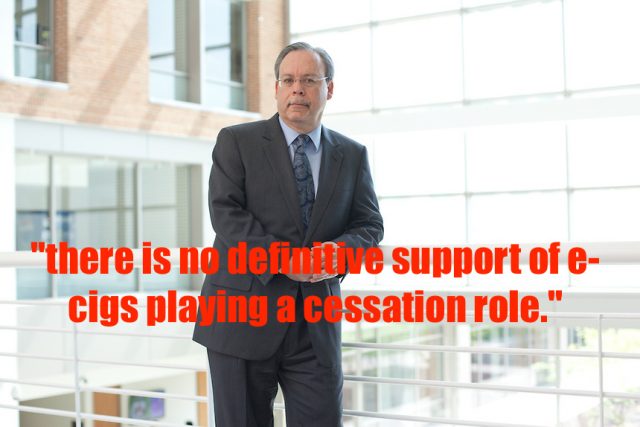 “There is no definitive support of e-cigs playing a cessation role.” -M. Zeller.
The hundreds of thousands of ex-smokers in the USA who successfully quit smoking by switching to vaping are considered as ghosts for the FDA administration, according to the CTP director, Mitch Zeller.

Quitting smoking by switching to vaping is apparently irrelevant to the US administration, according to M. Siegel. Such evidence is nevertheless put forward by Dr Konstantinos Farsalinos who showed that 6 million European ex-smokers stopped smoking thanks to the e-cigarette and more than 9 million significantly reduced their smoking.

“What an insult! It’s like slapping these ex-smokers in the face and telling them that they don’t count.“, writes M. Siegel in his Blog who recall that, according US surveys,  ex-smokers who quit smoking by using e-cigarettes may be greater than a million.

Our role as a media, unlike the FDA, is to congratulate vapers who abandoned smoking for good and who advocate for vaping as an aid in smoking cessation. The role that the e-cigarette plays in smoking cessation is put forward by the Royal College of physicians who recognises that electronic cigarettes and other novel nicotine devices can provide an effective, affordable and readily available retail alternative to conventional cigarettes.