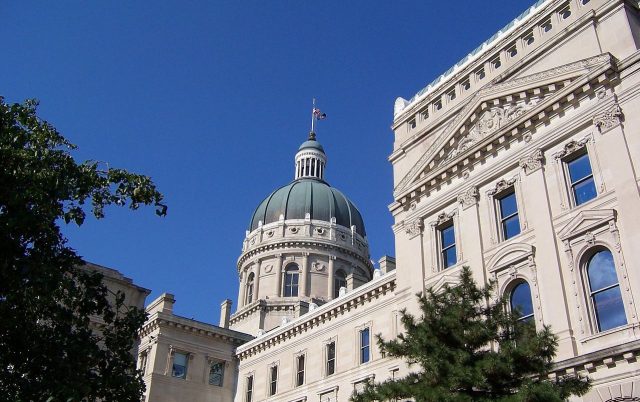 The law in Indiana regulates the sale of e-liquids. It forces vape shops to purchase e-liquids from manufacturers that fit the standards set by the “Indiana Act” but these standards are hard to obtain.

Nationwide retailer GoodCat LLC, with products in more than 200 retail stores throughout Indiana, contested security requirements imposed by “Indiana Act” by the end of June 2016. The company explained that the “Indiana Act” makes trading unfair by it making it more difficult, even impossible, to operate with local retailers.

The lawsuit introduced by the Florida company called it “unconstitutional” for Indiana to require such a permit since it is almost impossible to find a valid security firm: A security firm with at least one year experience with commercial security work including monitoring and video surveillance, that employs people accredited by the Door and Hardware Institute as consultant in “architectural hardware”. Further more, the “Indiana Act” discriminates against interstate trade in violation of the dormant Commerce Clause.

The ruling by Chief Judge Richard L. Young is a first step before a final determination of the merits of the legal case. In a previous ruling on June 30, the same judge allowed GoodCat LLC to continue its vaping business for 14 days. On the same day, Indiana’s e-liquid regulations had been deemed constitutional by Judge Sarah Evans Barker in the case opposing Legato Vapor LLC to the Indiana Alcohol and Tobacco Commission (ATC).

By ruling in favor of a Florida e-liquid manufacturer that argued the law was unconstitutional, does that mean that it finally really is?